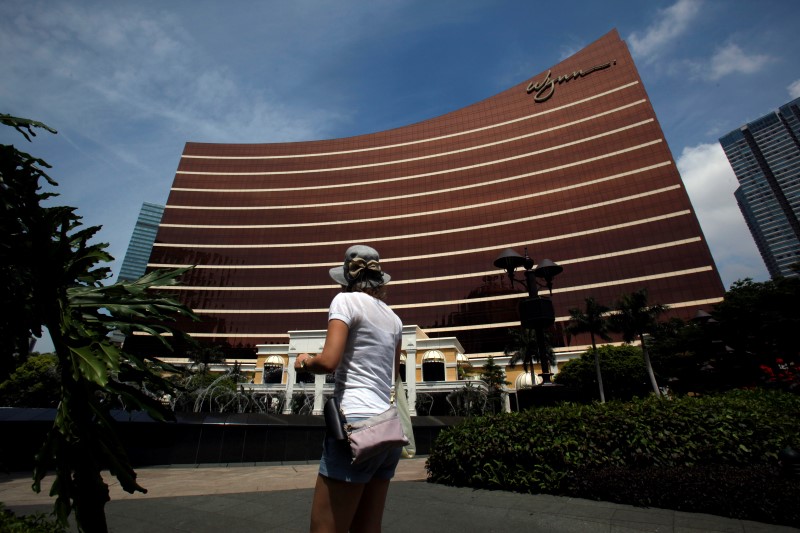 Investing.com – Las Vegas Sands has come under siege recently as the spread of the coronavirus has turned China’s gambling capital Macau into a ghost town, threatening the casino operator’s growth. But one analyst sees the weakness as an opportunity to bag a bargain.

“While there could still be some additional downward pressure on LVS and the other Macau-related equities stemming from the outbreak, we continue to believe the issue is transitory,” said Union Gaming analyst John DeCree.

Earlier this week, the local government in the Chinese territory of Macau introduced measures to limit visitors to the gambling mecca just days after it canceled already-suspended inbound package tours.

The measures are expected to exacerbate the slowdown in arrivals, which fell 80% on Sunday, the third day of the holiday, compared with the same day during last year’s Lunar New Year break, according to the city’s tourism office.

The fall in arrivals has wreaked havoc on the growth of casino operators like Las Vegas Sands as Macau generates more than half of the company’s cash flow.

But following a sharp slide recently in Las Vegas Sands, Union Gaming suggested that the casino operator now boasts an attractive valuation as much of the weakness has seemingly been priced into the stock.

“Ultimately, we like the valuation here for LVS given its growth pipeline in both Macau and Singapore and view the near-term issue as a buying opportunity,” Union Gaming said.