Home
Stocks
10 Super Bowl prop bets — you can wager on the coin toss, the halftime show, and whether a lineman will score a TD
Prev Article Next Article
This post was originally published on this site 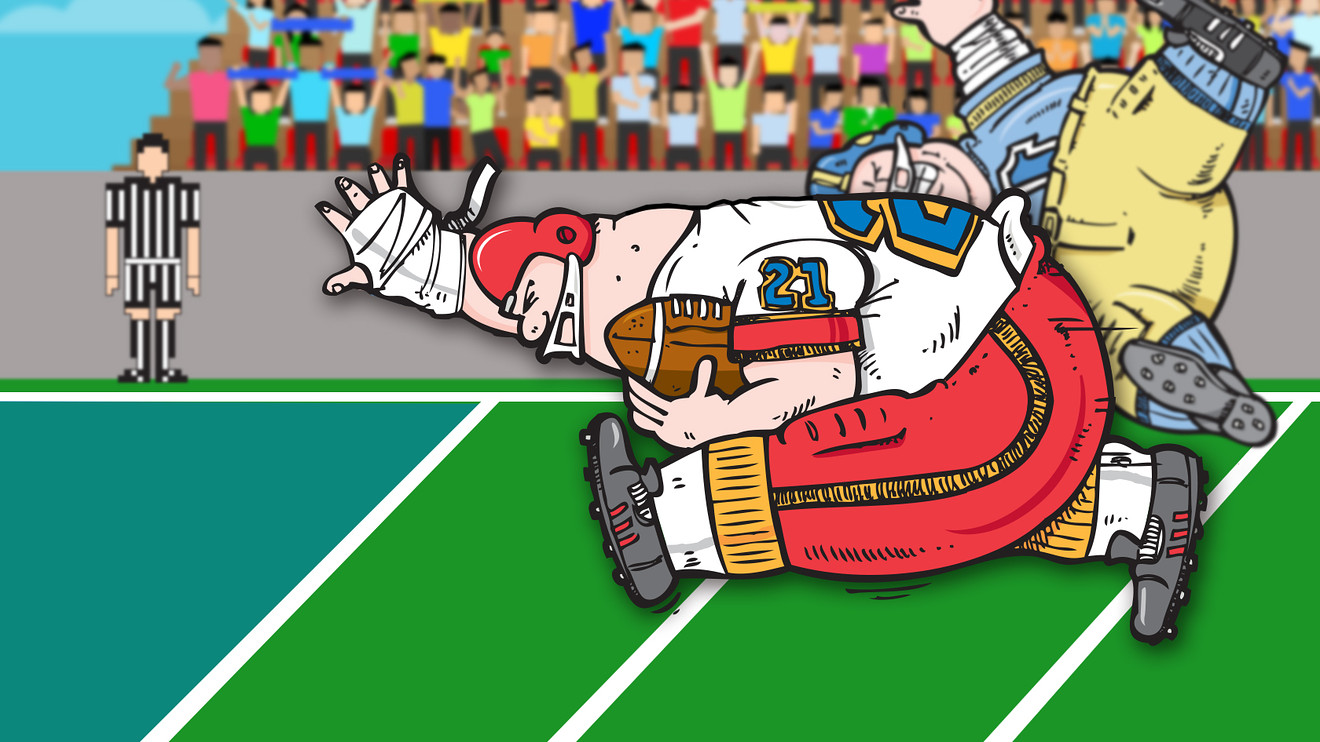 In Sunday’s Super Bowl, the San Francisco 49ers will take on reigning NFL MVP Patrick Mahomes and the Kansas City Chiefs. The Super Bowl is one of the most popular betting days of the year, and you can bet on pretty much everything, including things that don’t really have anything to do with football. Some of the prop bets cover things like the coin toss, how long the national anthem will last, and what color the Gatorade shower will be.

For people not familiar with oddsmaking, a “-” symbol indicates a favorite and a “+” symbol indicates an underdog. For example, a $100 bet placed on a +200 side would net a $200 profit, in addition to getting back the original $100. For favorites, it would take a $150 bet to win $100 on something with the odds -150. You can use a probability calculator for a more conventional percentage breakdown.

Heads or Tails? The coin toss is the most simple bet on the board. Every year, this bet returns to the list of available Super Bowl bets — people can’t stay away. Even though a coin toss is a 50/50 gamble, people are actually betting on heads at a 56% rate, according to betting action from BetOnline.ag.

Gamblers will recall that Lovato has performed the “The Star-Spangled Banner” for a national audience four times, registering different lengths each time. Lovato has cleared the two-minute mark only one time.

Will President Trump attend the game?

President Trump’s attendance in Miami has been rumored, but not confirmed. Trump has taken in a lot of live sporting events in the past year, including the World Series and the College Football Playoff championship. There have also been reports that Fox News host Sean Hannity will talk with Trump in a pretaped interview before the game.

Number of tweets from President Trump on Super Bowl Sunday

Another popular Trump bet for the Super Bowl the last few years has been how many times the Commander and Chief will tweet TWTR, -2.10%   on the day of the game. There’s some statistical evidence to suggest that as Trump’s presidency has gone on, his daily tweet output has also increased.

The end of the Super Bowl features a Gatorade shower for the winning coach, and it’s one that people gamble on every year. Last year, Bill Belichick was doused with blue Gatorade when the Patriots beat the Rams in the Super Bowl.

First song of the halftime show

Shakira and Jennifer Lopez will tag-team this year’s Super Bowl halftime show. The halftime show is another betting opportunity for some people. One popular bet is what songs the pop stars will sing, and what song they will sing first.

Every year, rumors of guest appearances during the halftime show run rampant on the internet. Popular names that have been rumored to be joining Jennifer Lopez and Shakira onstage are Miami artists DJ Khaled and Pitbull.

Will Colin Kaepernick be mentioned during the broadcast?

Colin Kaepernick’s kneel protests during the national anthem when he was a player were one of the biggest NFL stories in recent years — even President Trump weighed in on them. Before the story took off however, Kaepernick was the last quarterback to lead the San Francisco 49ers to the Super Bowl. The odds suggest he may be mentioned during the broadcast.

Who the MVP will thank first?

The Super Bowl MVP is interviewed right after the game and oftentimes he famously yells, “I’m going to Disney World!” But bettors will be looking for who the MVP will thank first. Last year, Julian Edelman mentioned his teammates first during his MVP speech. These odds are courtesy of Mybookie.

The only bet on this list that has to do with actual gameplay. DraftKings sportsbooks have a bet listed on whether or not any offensive linemen will score a touchdown at the Super Bowl. DraftKings has labeled this bet as “Fat Man TD” on its online sportsbook. Bettors will be in line for a huge payout if one of the big guys gets into the end zone.