Home
Market
Traders May Hate Treasuries at 1.6%, But What Else Is There?
Prev Article Next Article
This post was originally published on this sitehttps://i-invdn-com.akamaized.net/content/picb6f6142bde21bbed9dae7e7032960d17.jpg 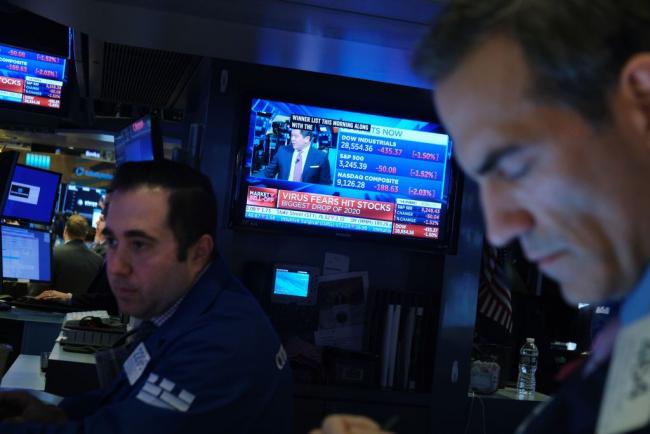 (Bloomberg Opinion) — So far, 2020 has proved to be a tricky year for Wall Street bond strategists. First, they had to handicap the likelihood that a conflict between the U.S. and Iran would escalate into something truly terrible. Now they are grappling with the impact of the coronavirus that has left 80 dead in China, infected almost 3,000 people and spread across continents.

In the first case, the rally fizzled within three days. Bond traders largely wrote off the episode as a blip that wouldn’t ultimately change the trajectory for global growth or the likelihood that the Federal Reserve would keep interest rates steady in 2020.

Some strategists are making a similar call now. JPMorgan Chase & Co. says to sell 30-year bonds, calling the coronavirus scare “the latest risk of a series that have driven U.S. Treasury yields far below what fundamentals indicate.” TD Securities said it was closing its long 10-year Treasuries position in its model portfolio, explaining that “even though it is impossible to forecast the extent of contagion to the global economy or risk assets, we take profit on our long 10y trade as we don’t think that the risk-reward to being long Treasuries is as attractive any longer.” NatWest Markets acknowledged that “no one knows how offsides the market is at these levels,” but suggested “tactical longs should consider at least partially exiting here, while holding the core position.”

Few dispute that if and when the coronavirus is contained, it’ll be painful for Treasuries. Even BMO Capital Markets, which is “decidedly in dip-buying mode,” estimates that 10-year yields will jump by 20 to 30 basis points when fears ultimately subside. Relative-strength index analysis suggests the market is already overbought and the haven-inspired rally should lose steam soon.

But until that happens, the question is this: If traders can’t stomach 10-year Treasuries at 1.6%, what’s the alternative?

For all the talk of stock markets in turmoil, the S&P 500 Index is still just down 3% from its all-time high and has gained more than 15% since early October. Investment-grade U.S. corporate bonds yield less than 1 percentage point more than Treasuries, close to the narrowest spread of the post-crisis period. And, of course, non-American safety seekers are really in a bind, with 10-year German bund yields falling to -0.38% and Japanese 10-year yields dipping to -0.05%. Simply put, nothing looks like a screaming buy, unless you count credit-default swaps on large U.S. airline companies.

These back-to-back risk-off episodes have some strategists contemplating if they reflect something more permanent about the state of the world. Jim Vogel at FHN Financial put out his thoughts in a Monday note:

“Markets trade them as one-off events. Unfortunately, the number of armed conflicts and political miscalculations has been steadily rising around the world for five years. Individual events can fade, but the overall noise level intensifies. For one thing, a structural increase in political and economic mistakes provides the infrastructure for still more. U.S. decisions to pull back from global affairs – hoping to force others to step up – represent an obvious vacuum that for now fosters more confusion and mistakes.”

All of this throws a splash of cold water on what was supposed to be the prevailing investing theme of 2020: reflation. It’s hard to quantify what sort of damage the coronavirus will cause to global growth, but it’s safe to say it’ll come in lower, not higher. And the prospect of contagion makes it harder to focus on whether inflation will finally stage a comeback this year.

I spoke earlier this month with Joseph Davis, Vanguard Group Inc.’s chief economist and global head of the Vanguard Investment Strategy Group. His headline-grabbing call was for U.S. growth to slow to just 1% in 2020. “Reflation is the head-fake this year,” he said. “Last year, it was recession.” He added that for the economy, “China is not going to be the world’s savior,” and that was before any word of the coronavirus.

In that context, maybe a 1.6% yield on 10-year Treasuries doesn’t look so bad after all. It’s not what many expected — just six out of 58 analysts surveyed by Bloomberg saw it ending the first quarter at 1.6% or lower. But the events of the first few weeks of the year were equally as unpredictable.