Home
Stocks
Capitol Report: Economic hit from coronavirus likely to be short lived, but it’s still ‘a little scary, frankly’
Prev Article Next Article
This post was originally published on this site 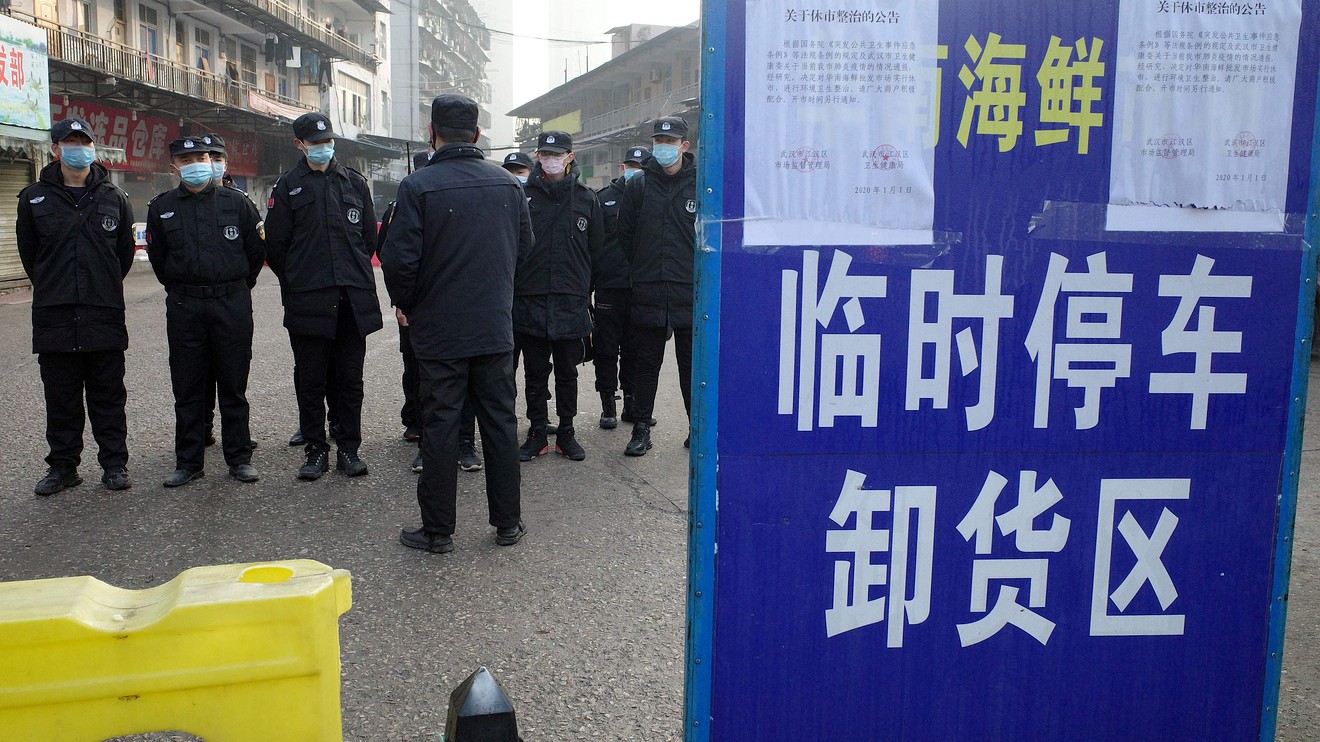 The threat of China’s coronavirus triggering a global contagion has put a scare into Wall Street, but pandemics and other disasters have rarely had a lasting effect on the U.S. or global economies.

The Dow Jones Industrial Average DJIA, -1.39%  sank more than 1% in Monday trades on fresh angst about the deadly coronavirus in China, home of the world’s second largest economy. Investors worry the disease could spread, dent the Chinese economy and radiate out to the rest of the world.

Read: How the stock market has performed during past viral outbreaks

China’s economy will undoubtedly be affected. The country has quarantined millions of people, restricted travel and extended the long Lunar New Year holiday to try to limit the spread of the coronavirus.

“It’s a little scary, frankly, not knowing the extent that this virus has spread.”

A similar outbreak in China in 2003 involving SARS might be a template for how the coronavirus scare plays out. Back then, China’s economic growth briefly came to a halt as the country sought to corral a virus that killed almost 800 people. SARS soon petered out and China’s economy snapped back.

The U.S. and broader global economy, for their part, suffered barely any ill effects in 2003.

Analysts suspect a similar outcome this time around, but they are taking a wait-and-see approach for now.

“It is too early to assess the potential impact of the Chinese outbreak of coronavirus on the global economy,” said Agathe Demarais, global forecasting director at the Economist Intelligence Unit. “If the epidemic spreads globally, or if the number of deaths rises sharply, the knock-on impact on the global economy could be high, especially if international air travel is severely disrupted as a result of the epidemic.”

One big difference between SARS and the coronavirus is the mortality rate. The coronavirus has killed an estimated 3% to 4% of the people afflicted — most of them 50 or older — compared to nearly 10% of SARS victims, according to the World Health Organization. The WHO on Monday raised its risk level to “high” from “moderate.”

The coronavirus appears to spread more rapidly, however, and it’s still unclear just how many people have been infected.

“It’s a little scary, frankly, not knowing the extent that this virus has spread,” said senior economist Jennifer Lee of BMO Capital Markets. The uncertainty has contributed to the Wall Street malaise and interrupted a string of record highs in U.S. stocks markets.

Read: These states had the lowest unemployment rates in 2019. What about swing states?

Still, economists and market strategists are quick to point out that stocks typically recover quickly from health scares or other natural disasters that have proven more deadly.

“We have plenty of historical evidence of the impact of events like plagues, floods, hurricanes and storms,” said Carl Weinberg of High Frequency Economics. “They disrupt activity for a short period and often substantially reduce current-period output. However, output is made up rather quickly in the subsequent periods.”

Researchers at other Wall Street firms such as Renaissance Macro Research, Oxford Economics and Glenmede Trust Co. have all found same pattern.

“Markets have largely shrugged off epidemic scares in the past,” according to Glenmede Trust Company’s Investment Strategy Team. “History shows epidemics tend to have temporary impacts on markets,” Renaissance Macro said.

In the U.S., for example, the stock market fell as much as 15% during the SARS scare, but equities returned to their previous peak within several months. The broader U.S. economy, what’s more, grew a heady 3.5% in the spring of 2003 and 7% in the summer.

Yet as the trade war with China shows, the U.S. can also get hurt when Chinese growth is stunted, especially since its economy is so much bigger now than it was in 2003. Many countries are dependent on trade with China, giving it a huge influence on the global economy.

The trade fight caused China’s growth to slow to a 30-year low in 2019, undermining the broader global economy and causing U.S. exports to decline. The damage was enough to pressure President Trump to strike a temporary trade truce of sorts with China as he seeks to win a second term in 2020.