Home
Market
From Communist-era roots to cash cows: Poland's gaming industry takes on the world
Prev Article Next Article
This post was originally published on this sitehttps://i-invdn-com.akamaized.net/trkd-images/LYNXMPEG0M1I3_L.jpg 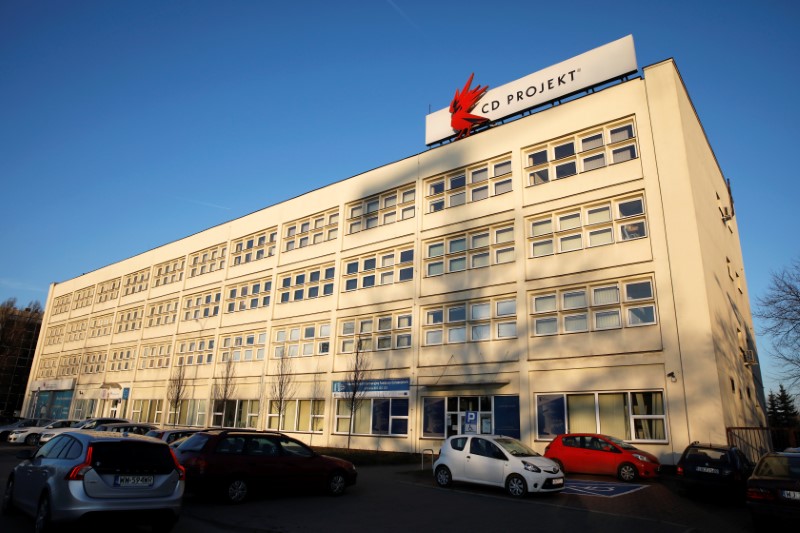 By Anna Koper and Michael Kahn

WARSAW/PRAGUE (Reuters) – The drab exteriors of a pair of 1970s buildings in an industrial Warsaw neighborhood belie the hive of high-tech activity inside where developers, screenplay writers and others at leading video game maker CD Projekt hustle to create the next global hit.

Poland — Eastern Europe’s biggest economy — has quietly developed into a leading video game exporter thanks to low labor costs, a young educated workforce and a thriving gaming tradition rooted in the Communist era.

After CD Projekt’s top-selling Witcher series put the country on the map, foreign investors are keenly searching for promising game developers in a fast-growing market.

“People are starting to take notice of Poland,” said Borys Musielak, founding partner at U.S.-Polish venture capital firm SMOK Ventures, which is in talks with two Asian investors to fund local gaming companies and in January made its first such investment alongside a Finnish partner.

“There have been mainly angel investors and some private equity but now global venture capital groups are looking into the region.”

The success of CD Projekt’s medieval fantasy world Witcher has been a key driver. Based on a series of best-selling Polish books and the basis for a Netflix (NASDAQ:) show that premiered in December, the games have sold more than 40 million copies worldwide.

The release later this year of the company’s first person futuristic adventure game “Cyberpunk 2077” is likely to sharpen focus on a sector in which eight companies listed on the main market of the Polish stock exchange between 2015 and 2019.

On the NewConnect market — the bourse’s exchange for smaller companies — 21 debuted during the same period.

“Historically, a lot of those companies chose the stock exchange to finance themselves because there were not many ways to raise capital,” said Mariusz Gasiewski, head of mobile gaming and apps at Google (NASDAQ:) in Poland. “Now it is getting easier as more interest comes from abroad.”

At CD Projekt — whose headquarters feature Silicon Valley perks such as a gym, film studio and open plan offices — the company has parlayed Poles’ love of video games into a global brand.

“We have been working intensively on increasing the knowledge of CD Projekt among foreign investors,” the company’s president and one of its founders Adam Kicinski told Reuters.

“We are meeting with funds from around the world focusing on western markets, especially in the United States.”

Bigger funding rounds and the tapping of international investors will help Polish companies compete with industry leaders from countries such as China, Japan and the U.S..

“Due to their know-how and appropriate budgets, foreign investors help those companies go from the stage where they create very good games to the absolute top,” said Stanislaw Just, a former board member of the Polish Games Association who recently started his own company.

Flying Wild Hog, a smaller developer known for the Shadow Warrior series, was acquired by London-based Supernova Capital in 2019, while Artificer, which is working on its debut game, was bought by Dutch-based Good Shepherd Entertainment.

A WORLD WE ALL DREAMED OF

Poland’s love of video games stems from the Communist era when students flocked to street markets to swap pirated games, building up a flourishing community.

“For the previous generation, Rock & Roll was a ticket to the world we all dreamed of, then came the games and we all played to touch what was happening in the West,” said Grzegorz Miechowski, president of 11 bit studios, whose most popular title “Frostpunk” depicts a dystopian 19th Century England.

Nearly half of Poland’s 38 million population identify as gamers, while there are around 400 active gaming companies — dwarfing an estimated dozen in Germany — with some 100 Polish titles hitting the global market each year.

The country hosts a popular international video game festival as well as one of the largest esports events in the world – the Intel (NASDAQ:) Extreme Masters, which last year drew a record 232 million viewers worldwide.

The government has taken notice too, doling out around 300 million zlotys through a European Union funded program — the fourth round of which is underway — to award developers early stage grants to help gaming projects get off the ground.