Home
Stocks
Davos elites warm to Trump, recoiling at the prospect of a Sanders or Warren presidency
Prev Article Next Article
This post was originally published on this site 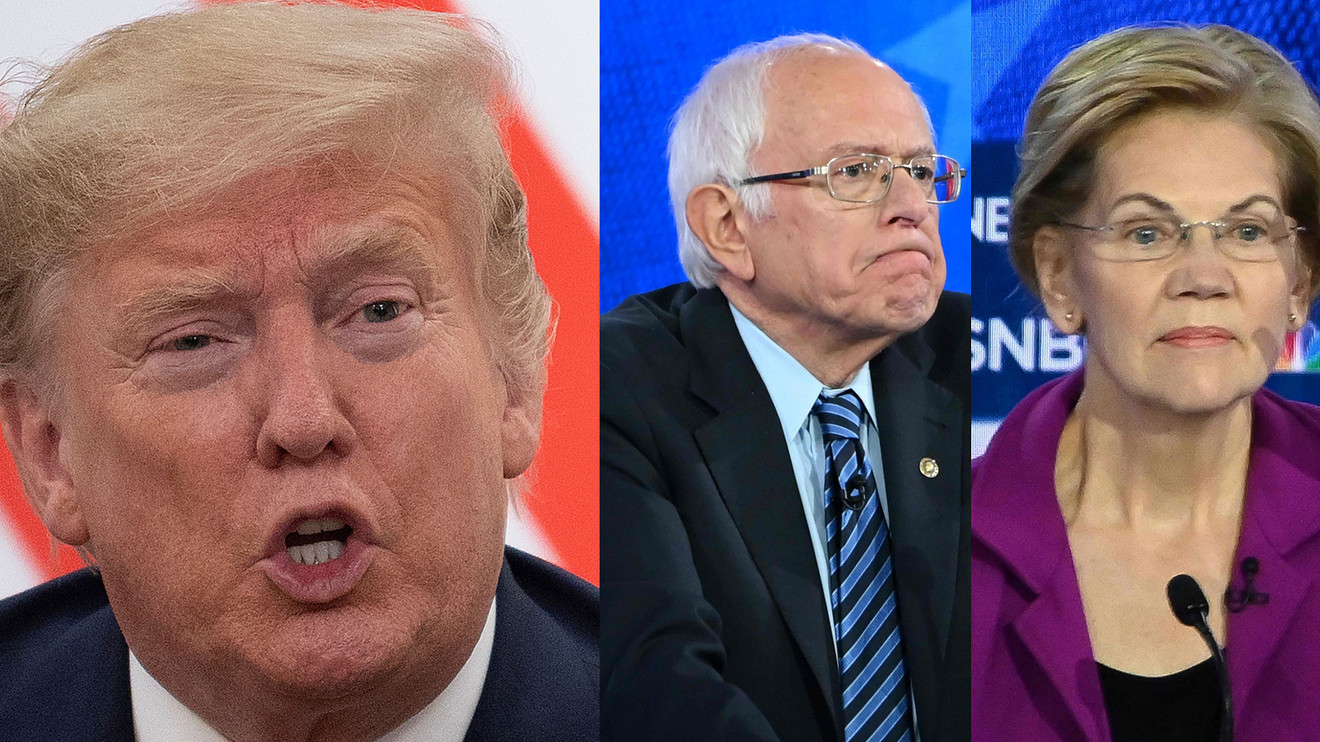 Armed with two newly signed trade deals, U.S. President Donald Trump arrived in Davos and was greeted, if not exactly as a hero then at least not as the pariah he was in 2018.

Some have even gone so far as to suggest that Trump may be the new Davos Man, a term used to describe the members of the global elite who are regulars at the yearly gathering of the World Economic Forum.

What explains the shift? How is it that Trumpism, with its populist/nationalist ideology and America First fervor, has found a receptive audience among the global business and political elites who gather each year at this time in the Alpine ski resort to see and be seen?

The Davos crowd would prefer to do things its own way, not in a fashion dictated by the state, centrally planned and administered as in China.

The attendees’ acceptance of Trump is all the more surprising given the theme of this year’s annual WEF meeting: “Stakeholders for a Cohesive and Sustainable World.”

Trump, after all, is a climate-change denier, although he seems to have kept his denial under wraps in his prepared address. He limited his barbs at environmentalists to urging a rejection of “the perennial prophets of doom and their predictions of the apocalypse,” including “an overpopulation crisis in the 1960s, mass starvation in the ’70s and an end of oil in the 1990s.”

The change of heart toward Trump may have something to do with the 2020 alternatives, according to The New York Times’ Annie Karni, David Gelles and Peter Baker.

With progressives like Democratic presidential candidates Bernie Sanders and Elizabeth Warren “emerging as top-tier possibilities for nomination, a crowd that once rejected Mr. Trump is now more willing to consider him one of its own,” the reporters write in a page one story in Wednesday’s New York Times.

In other words, Trump didn’t get better, but the alternatives look even worse.

Read: Here’s the ‘dirty little secret’ the superrich of Davos are keeping to themselves

Trump hasn’t changed; nor has the focus of the World Economic Forum. Therefore, the relative preference for Trump over his presidential challengers is the most likely explanation for Davos’ warm welcome for someone who has eschewed multilateral agreements, such as the Paris Climate Accord and Trans-Pacific Partnership, and adopted a my-way-or-the-highway approach in dealing with former allies.

Not to mention the fact that Warren’s proposed wealth tax probably isn’t a big seller among the wealthy at Davos.

If the theory is correct, the backlash against Warren and Sanders is somewhat surprising since much of the Davos ethos — that businesses should serve all stakeholders, not just shareholders — seems more aligned with progressive thinking than with Trump’s agenda.

Davos may tout a kinder, gentler form of capitalism as the goal — one that takes into account workers, clients and society, not just investors — and advocate for coordinated solutions to save the planet. But the Davos crowd would prefer to do things its own way, not in a fashion dictated by the state, centrally planned and administered as in China. Many of the top-down plans pushed by Sens. Warren and Sanders would apparently be a bridge too far for the Davos set.

Then there’s the fact that the U.S. economy is doing pretty well in spite of the two-year trade war with China and other countries.

Much of Trump’s Tuesday speech was devoted to touting his economic successes, including low unemployment, an increase in the number of factories and manufacturing jobs, and a “blue collar boom” that has seen worker wages rising faster than those of managers.

He praised his new trade deals — a phase-one deal with China and a revamped agreement with Canada and Mexico — as “fair, reciprocal, and (ones) that prioritize the needs of workers and families.”

While U.S. tariffs remain in place on some $360 billion, or two-thirds, of China’s imports, China has agreed to raise its U.S. purchases by $200 billion over two years in addition to providing increased access to its financial sector and some protections against intellectual property theft and technology transfer.

China, meanwhile, is not rescinding its retaliatory tariffs on the U.S.

Lest you think that trade wars will be spoken of in the past tense going forward, Trump is threatening tariffs on European auto imports even as France tabled its proposed digital tariffs until the end of this year.

Trump’s campaign-style speech was replete with the usual exaggerations, such as: “The United States is in the midst of an economic boom the likes of which the world has never seen before.”

Still, the overall impression is that U.S. economy is in good shape, even though the International Monetary Fund lowered its 2020 forecast for both the U.S. and the global economy.

As far as Davos participants are concerned, a known quantity like Trump, no matter how divisive and disruptive, may appear to be preferable to the unknown.

It may take a village to educate a child, but all it took was the threat of a Bernie Sanders or Elizabeth Warren in the White House to make Trump the toast of the town at Davos this year.

Caroline Baum is a MarketWatch columnist.