Home
Stocks
The Tell: Young trader’s epic Beyond Meat stock misfire: ‘Biggest mistake of my life
Prev Article Next Article
This post was originally published on this site

For veteran Wall Street types, $12,000 is a rounding error, but for a guy getting his feet wet in the options pits, losing that much will leave a scar.

Unfortunately, that’s what happened this week to an anonymous trader whom we’ll call “Juice,” if the sob story he shared on Reddit is accurate.

“I thought I’d give options a try because I was doing pretty well swing trading and it was probably the biggest mistake of my life,” he wrote in a post. “I’m going to liquidate everything and pretend I didn’t just YOLO away a large chunk of my savings today on a stupid play I didn’t fully understand.”

YOLO, or “you only live once,” is the rally cry for Reddit’s WallStreetBets bunch, where excessive risk and sideways trades are celebrated daily. For most trading novices, options are best avoided—but apparently not for these guys. 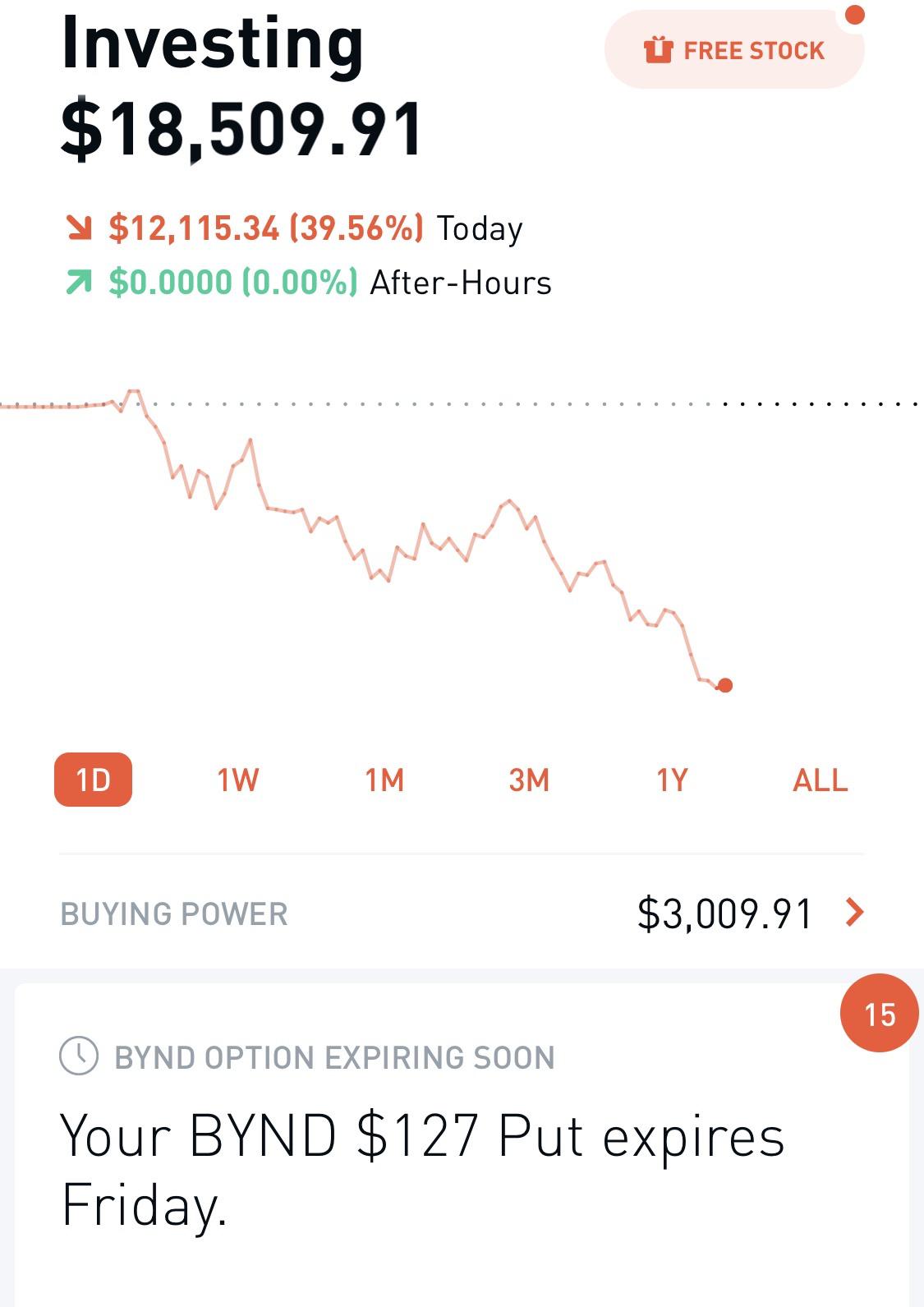 When a trader buys a put option, he is buying the right, but not the obligation, to sell a stock at a specified price until the contract expires worthless. Buying puts is often used as a way to bet against a stock, like Juice did with Beyond Meat, which has surged more than 60% over the past month.

The timing of his options play, however, couldn’t have been much worse. Starbucks SBUX, +0.39% announced Tuesday that the coffee giant aims to add more plant-based items to its menu, sending shares of Beyond Meat up 15%.

“That’s what I get for betting against the vegan movement,” he explained to readers as his post gained traction. “Definitely the hardest financial lesson I’ve learned to date. Only 23 so I guess there’s plenty of time to make it up.”

The bet, in some ways, reflects growing appetite by average investors for risky plays as the stock market roars to new heights. At last check, the Dow DJIA, +0.09% was up modestly but further distancing itself from the 29,000 level.

The Wall Street Journal (paywall) reported earlier this month that over the past 20 years, stock-options volume has grown more than six times, to around 4.4 billion options contracts in 2019, citing Options Clearing Corp.

One benefit to purchasing equity options is that they can often be bought for a fraction of the underlying stock price and can be used as a way to hedge one’s exposure, or in the case of Juice, to make a speculative directional bet on an asset, that can sometimes deliver a gut punch.

WallStreetBets isn’t typically the place to go for a sympathetic shoulder, but, considering Juice’s age and inexperience, there were plenty on offer:

“Your main problem is going against the trend. We’re in a strong bull with very good investor sentiment,” Zer033x wrote. “No reason to go against it, even if you think something will drop, guess what? It’ll just be bought back up, so why not get it after the drop? That’s how you play the current market.”

Another Redditor looked at the bright side and called it, “A college semester of learning condensed into one afternoon of trading.”

At least there’s that, Juice.