Home
Stocks
The Fed: Fed Beige Book says its business contacts report ‘solid’ holiday sales and have ‘modestly favorable’ expectations about 2020
Prev Article Next Article
This post was originally published on this site 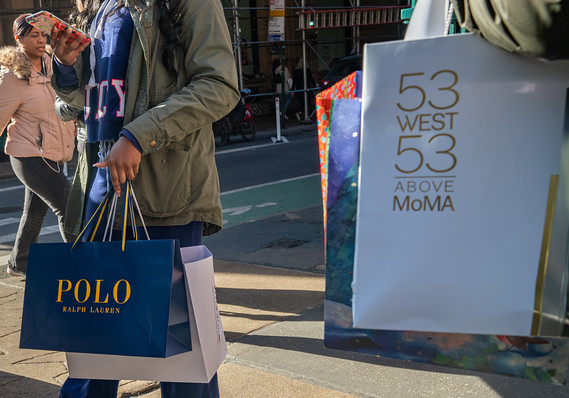 People with shopping bags walk down the sidewalk during the Christmas holiday season last month.

What happened: The economy looked pretty much the same as during much of last year. Manufacturing activity was flat, while consumer spending was powering the economic growth.

Auto sales were uneven, with a handful of districts reporting flat sales.

One thing that is new are reports of job cuts in manufacturing, transportation and energy sectors. Still, the labor markets remained tight throughout the nation.

A number of districts reported retail selling prices rising at a slightly faster, but still subdued, pace. Some businesses were passing along tariff costs to consumers. This was occurring mainly in retail sector but also in construction.

Big picture: The economy has been slowing gradually from the 3% annual growth rate seen in late 2018. Out of concern with this trend, the Fed cut its benchmark interest rate by 75 basis points last year. As a result, many economists and Fed officials believe there will be a “soft-landing,” where growth slows only a bit, to the so-called “trend” growth rate, estimated around 1.75%-2%.

While some economists remain worried about the outlook. Dallas Fed President Rob Kaplan said earlier Wednesday he’s more confident the economy will be able to avoid a sharp downturn.

• River barge prices were falling due to declining exports of soybean, the St. Louis Fed said.

• A slight improvement in agricultural prices and revenues was not expected to significantly improve the financial condition of producers in the Kansas City district.

• Energy contacts in the Dallas region said they expected more job cut in the sector this year.

• Possible tariffs on European wine caused on merchant in the Philadelphia region to stock up with over 35,000 cases.