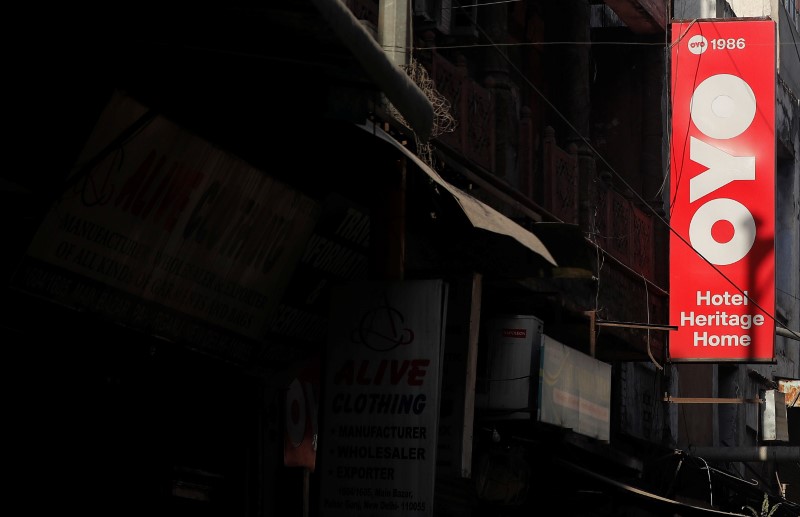 By Sachin Ravikumar and Maria Ponnezhath

BENGALURU (Reuters) – SoftBank-backed (T:) Oyo Hotels and Homes is laying off hundreds of employees in India, according to a source and an internal memo seen by Reuters, as the loss-making hotel chain cuts costs in pursuit of profits.

The move is part of a larger priority to drive profitability and sustainable growth, following a cash-guzzling expansion spree that took Oyo to dozens of new markets including China and the United States, an email from Chief Executive Ritesh Agarwal to Oyo employees on Monday showed.

“Some roles at OYO will become redundant as we further drive tech-enabled synergy, enhanced efficiency and remove duplication of effort across businesses or geographies,” Agarwal wrote.

“As a result, we are asking some of our impacted colleagues to move to a new career outside of OYO.”

The email did not disclose the number of layoffs. However, a person briefed on the matter said the layoffs impact more than 1,000 employees in India across senior, mid-level and junior positions.

Four Oyo employees in the Indian cities of Bengaluru, Hyderabad, Kochi and the company’s headquarters in Gurugram confirmed that employees were being asked to leave.

Local media have reported that Oyo was laying off anywhere between 1,000 and 2,000 employees in the country.

An Oyo representative did not immediately respond to a request for comment.

The cost-cutting effort comes as Oyo’s biggest investor SoftBank faces setbacks in some of its marquee investments, such as office-sharing startup WeWork, which it is bailing out after a failed public listing.

Other investments by the Japanese technology giant, including Uber (N:), have also seen their valuations drop sharply.

Oyo, founded by Agarwal in 2013, has in particular been hit by a volley of unfavorable headlines in recent months.

It faces a growing backlash from several of its hotel partners, while internal projections have shown that Oyo may not make a profit in its two biggest markets until 2022, even as losses spiral.

“We take all the allegations very seriously and are looking into each and every one,” Agarwal wrote in Monday’s email.

He also said the company would focus on “profitable locations and buildings, and avoid growth that dilutes our margins” and that Oyo would work to “further reduce operating costs.”