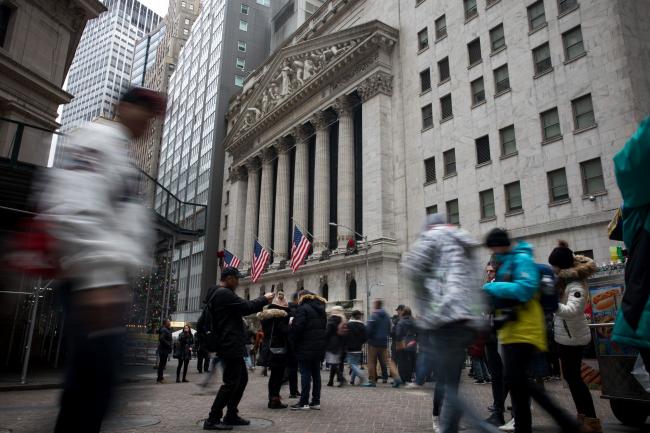 S&P 500 Index futures contracts expiring in March were down 0.3% as of 2:45 p.m. in Tokyo, after the attack prompted Iraq’s parliament to vote to expel U.S. troops from the country. Iran said it would no longer abide by any limits on its enrichment of uranium. Futures on both the and declined 0.3%.

“The risk-on tone that had continued into the new year was disrupted last week with the return of geopolitical tensions, which heightened only further over the weekend with threats exchanged between the U.S. and Iran,” said Jingyi Pan, a market strategist at IG Asia Pte. “Short-term weakness in the equity space may also ensue as the market evaluates the good run we have seen so far on the likes of trade hopes.”

Geopolitical tension has been virtually the only thing capable of knocking U.S. equities off an upward march that began five months ago. The S&P 500 is coming off its best year in six, adding almost 30% in 2019. Its biggest monthly decline in the past year came in May, when the U.S.-China trade war heated up and the Trump administration put Huawei Technologies Co. on a blacklist.

Markets may be especially susceptible to shocks right now with the S&P 500 trading at almost 22 times earnings, near its bull-market peak. A valuation model from JPMorgan (NYSE:) Asset Management showed stocks are overvalued relative to the historical average when measured against earnings, long-term earnings, book value and cash flow.

“We have to remember that the market is coming off of a very strong rally, so it’s natural that the buyers would pull in their horns a little bit,” said Matt Maley, an equity strategist at Miller Tabak & Co.

At the same time, geopolitical events like last week’s attack haven’t created lasting market disruption, according to a note Sunday from Suntrust. The firm looked at 12 comparable instances and found equities were lower 12 months later only three times, each coinciding with a recession.

“The drop in futures thus far is within Friday’s trading range,” Jim Paulsen, chief investment strategist at the Leuthold Group, said via email. “Fundamentals are still pointing higher and this should keep ‘buyers on the dip’ prevalent if/when Iran tensions cause it to sell off.”