Home
Stocks
23andMe can open a Pandora’s Box of a family’s medical secrets: ‘As hard as it is knowing, not knowing is much worse’
Prev Article Next Article
This post was originally published on this site 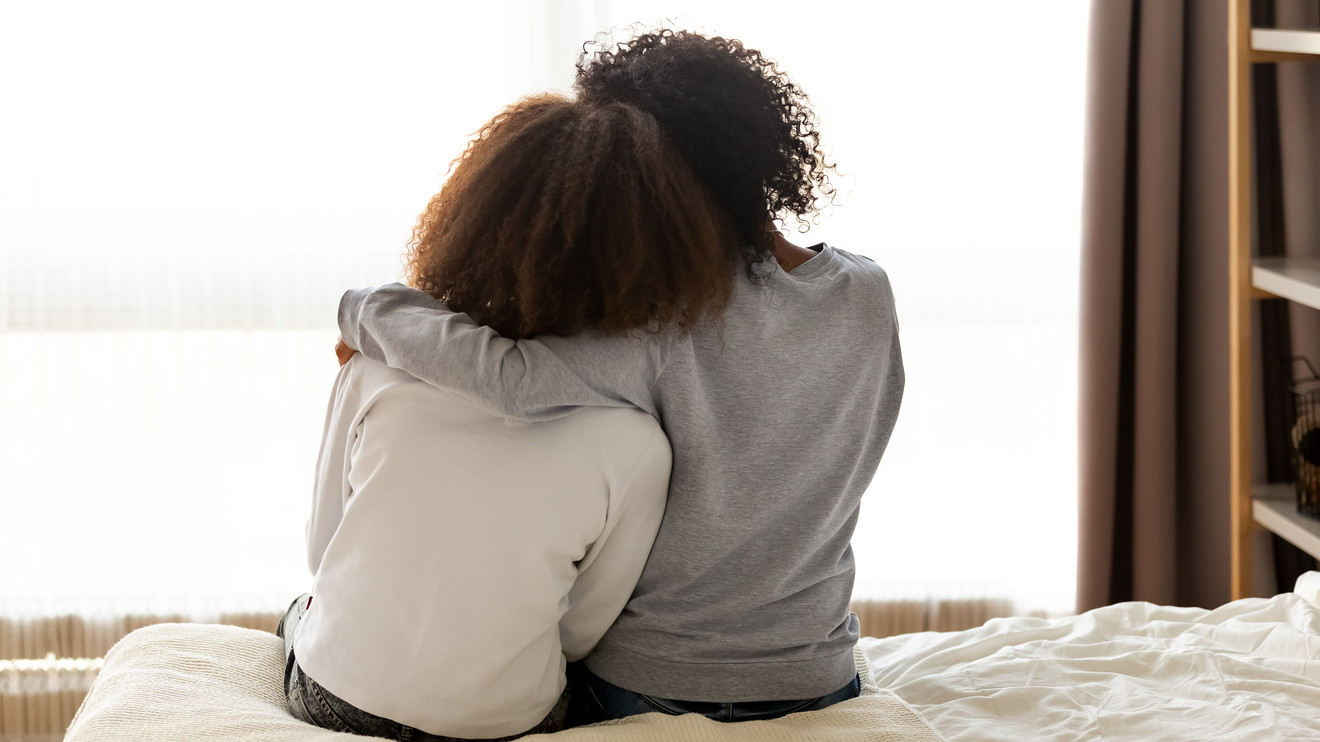 What happens next once getting distressing news from an at-home genetics testing kit.

Unwrapping the holiday gift of a genetic testing kit could mean revealing a previously unknown world of health concerns — and complicated family questions.

By spitting in a test tube and sending it to companies like 23andMe or Ancestry.com, consumers might learn of potential genetic predispositions to Type 2 Diabetes, breast cancer, carrier status for cystic fibrosis and certain blood conditions.

‘I wanted to sound confident. I wanted to get across the most important thing.’

It’s still not an easy conversation, something Dorothy Pomerantz knows all too well. The 49-year-old Los Angeles-area mother lost sleep and thought long about how she would inform her children, then ages 11 and 14, about a genetic mutation putting her at an elevated risk of breast and ovarian cancer.

“I wanted to sound confident. I wanted to get across the most important thing, which was I was going to be OK,” she told MarketWatch.

Pomerantz first learned of her BRCA1 mutation from a 23andMe test. She confirmed it with a genetic counselor. She had preventative surgery, including a mastectomy with implant reconstruction.

Pomerantz needed around three to four months before she could calmly relay the test results to her kids and speak about her surgery plans. She tried framing the presentation as, “I’m here to answer questions, but not giving more information than they need,” she said.

After the talk, her kids “both just sort of paused and went, ‘Okay, that sounds great. What’s for dinner?’” said Pomerantz, who is the managing editor of FitchInk, an editorial consulting and content company.

She also told her cousins, some of whom had daughters. Pomerantz didn’t want to browbeat anyone into getting tests, but wanted to tell them, because, “As hard as it is knowing, not knowing is much worse.”

But she respects someone who may choose not to share the news as it’s “a personal decision.”

The cousins were appreciative and Pomerantz remembers one, a doctor herself, telling her, “I can’t believe you got tested. I would never want to know. This does make me rethink wanting to get tested.”

As far as Pomerantz knows, none of her cousins has pursued further testing.

See also: I discovered through 23andMe that my daughter is not mine — can I claim back child support from the biological father?

Such results, as Pomerantz discovered, can unleash all sorts of difficult medical questions about further verification, treatment and possible surgery. Those same results can also force personal dilemmas: With whom should users share surprising or unwelcome medical results? And how do they break such news?

These are emotionally-charged questions with few clear-cut answers, experts say.

“It’s all in the realm of ethics, and not in the realm of law,” said Ellen Wright Clayton, a professor who focuses on the law, medicine and genetics at Vanderbilt Law School.

The predicament is increasingly common as more people buy direct-to-consumer kits to identify their genetic makeup and heritage for starting prices of approximately $100. An estimated 26 million consumers took direct-to-consumer genetic tests by the start of 2019, according to MIT Technology Review estimates from earlier this year.

Clayton emphasized the direct-to-consumer tests only reveal so much compared to “comprehensive” results from genetic counselors, who are health-care professionals trained to provide risk assessment, counseling and support for individuals with inherited conditions.

‘You’re less likely to regret having communicated than having kept it a secret.’

Clayton hopes people would eventually tell family members about results, and says a consensus of doctors share the same view. “We like for people to be able to share this information, so that other individuals can be tested if they choose to be. If they are found at risk, they can do something to try to prevent it,” said Clayton.

“You’re less likely to regret having communicated than having kept it a secret,” said Gillian Hooker, president-elect of the National Society of Genetic Counselors.

“More open conversations are happening,” she added. “I think our expectations of privacy around these things are certainly changing as more and more people get tested, and the public becomes more aware.”

What the results may, and may not, show

Direct-to-consumer testing “only looks for limited sets,” Clayton said. “I’m not telling people not to do it. They just need to know what they are going to get and not going to get.”

‘I’m not telling people not to do it. They just need to know what they are going to get and not going to get.’

“Until further assessment, it is advised that service members receive this information from a licensed professional rather than a consumer product,” Lt. Col. Uriah Orland, a Department of Defense spokesman, told MarketWatch in an email. There could be the “unintentional discovery of markers that affect readiness” and a service member’s career, Orland said.

“Testing performed by [direct-to-consumer] companies may or may not provide reliable, accurate results,” he said.

Representatives for 23andMe and Ancestry, which offers AncestryHealth, emphasized customer results are reliable and closely protected.

“All of our customers should be assured we take the utmost efforts to protect their privacy, and that the results we provide are highly accurate,” a 23andMe spokeswoman said. “Our FDA-authorized health reports have been tested to be over 99% accurate.” All testing is done in the United States and the company doesn’t share any information without clear consent from customers, she added.

23andMe’s website acknowledges its BRCA1/BRCA2 reports are not comprehensive and ”should not be used to make medical decisions.”

Likewise, an Ancestry spokeswoman said, “protecting our customers’ privacy and being good stewards of their data is Ancestry’s highest priority.” The company “does not share customer DNA data with insurers, employers, or third-party marketers. Ancestry will also not share customer personal information with law enforcement unless compelled to by valid legal process, such as a court order or search warrant.”

Important caveats to keep in mind

“Genetics rarely are a prediction of you will or won’t get a disease. It’s all about probabilities,” said Hooker, who is the vice president of clinical development at Concert Genetics, a health technology company near Nashville, Tenn.

It’s important to know the context surrounding any distressing diagnosis, like family history and lifestyle factors, Hooker said. “Take a breath and make sure you know what it means first,” or find someone who can explain results, she said.

‘Take a breath and make sure you know what it means first.’

Anyone who wants to share the news should start with close relatives like siblings and parents, Hooker added. Talking to aunts, uncles and cousins are a different judgment call, she said.

Services like 23andMe and AncestryHealth emphasize that they give added information with results, and both can link customers with genetic counselors.

In addition to customer education, Invitae NVTA, +4.47%, a genetics test requiring a doctor’s order, can provide customers with wording for a letter to send to family members, said Kate Lynch, a genetics counselor at the company.

“For some people, information is immediately empowering,” causing them to do their own testing and research. For others, “It could feel stressful, it could feel confusing.”

Red flags, whether coming from a test kit or a genetic counselor, deal with risks of having a condition over the course of a lifetime, Hooker said. That’s an important piece of information to communicate to any relative.

What’s more, Hooker said you are giving your relatives choices about what their next step should be. It’s a dramatically different scenario than a negative prognosis from a doctor. “In most cases, you have time to think.”