Home
Stocks
The New York Post: Ex–FBI agent Strzok says in new filing in wrongful-termination suit that his free-speech rights were violated
Prev Article Next Article
This post was originally published on this site 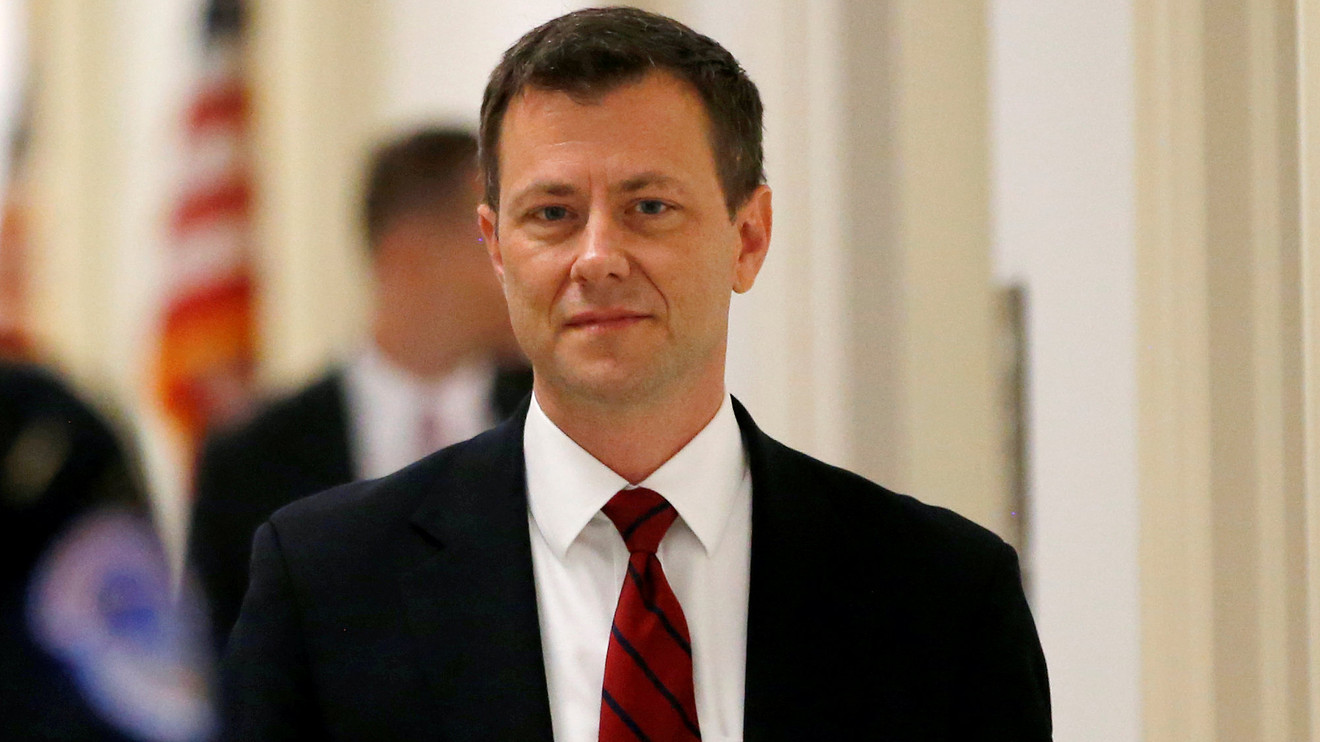 Peter Strzok, the ex-FBI agent who launched the bureau’s Russia probe in 2016 and was fired two years later for sending anti-Trump text messages amid the probe, alleged in a new court filing Monday that the FBI and Justice Department violated his rights to free speech and privacy.

The document was filed in response to the Justice Department’s motion to dismiss Strzok’s wrongful-termination lawsuit, which Strzok filed in August, Politico reported.

The filing raised questions about the ability of rank-and-file government employees to share personal political opinions on matters of public interest — including on government-issued devices — as Strzok and former FBI lawyer Lisa Page, did about Trump, according to the report.

The William Barr–led Justice Department argued that Strzok’s role in high-profile FBI investigations “imposed on him a higher burden of caution with respect to his speech.”

But Strzok’s legal team replied that “roughly eight thousand other SES-level managers are similarly situated to Strzok in the federal workforce in that they supervise employees, but the vast majority of those employees are not policy-makers.”

“The government’s argument would leave thousands of career federal government employees without protections from discipline over the content of their political speech,” they wrote in Monday’s filing in federal court in Washington.

The acronym SES refers to the Senior Executive Service, officials who serve as a liaison between political appointees and the rest of the workforce, the website reported.

Strzok made headlines — and along with Page became favorite Trump targets on Twitter TWTR, +0.06% — when it was revealed that he wrote to Page, with whom he was or had been involved in an extramarital affair, on their FBI email accounts calling Trump an “idiot” and discussing an “insurance policy” against his becoming president, which Page has described as having been meant as a metaphor. That is, investigating the Trump campaign even as it was widely expected Hillary Clinton would be elected was like the life insurance one might purchase at 40 when the possibility of death seems remote.

The president called Strzok a “sick loser,” “a fraud,” “incompetent” and “corrupt,” and ultimately praised his firing from the FBI.

Trump also made Strzok’s relationship with Page a running topic of scorn during his political rallies, a routine Page described as “like being punched in the gut.”

Key Words: Former FBI lawyer Lisa Page opens up about Trump’s ‘sickening’ attacks — then Trump responds with another one

Strzok has accused the administration of defending the free-speech rights of its employees only when they are praising Trump, noting in Monday’s court filing that “there is no evidence of an attempt to punish” the FBI agents who celebrated Trump’s election win in private texts and volunteered to work on a probe of the Clinton Foundation.

“Plaintiff does not contend that they should be punished,” the filing said. “But this vignette is yet additional evidence of this Administration’s pattern of treating critics of President Trump more harshly than his supporters.”

Inspector General Michael Horowitz did not find that Strzok or Page’s anti-Trump views influenced their work, according to two IG reports that probed the FBI’s conduct in the Russia and Clinton probes in 2016.

Justice argued last month that he and Page never should have had an expectation of privacy, since they exchanged messages on their FBI-issued phones.

But Strzok’s legal team countered on Monday that just because workplace speech was being monitored doesn’t mean it shouldn’t be protected.

“Nearly every aspect of a modern workplace, and for that matter nearly every non-workplace aspect of employees’ lives, can be monitored,” the filing said.

“The fact that a workplace conversation can be discovered does not render it unprotected.”

Page also filed a lawsuit against the Justice Department alleging a Privacy Act violation over the release of the texts.

A previous version of this report appeared at NYPost.com.