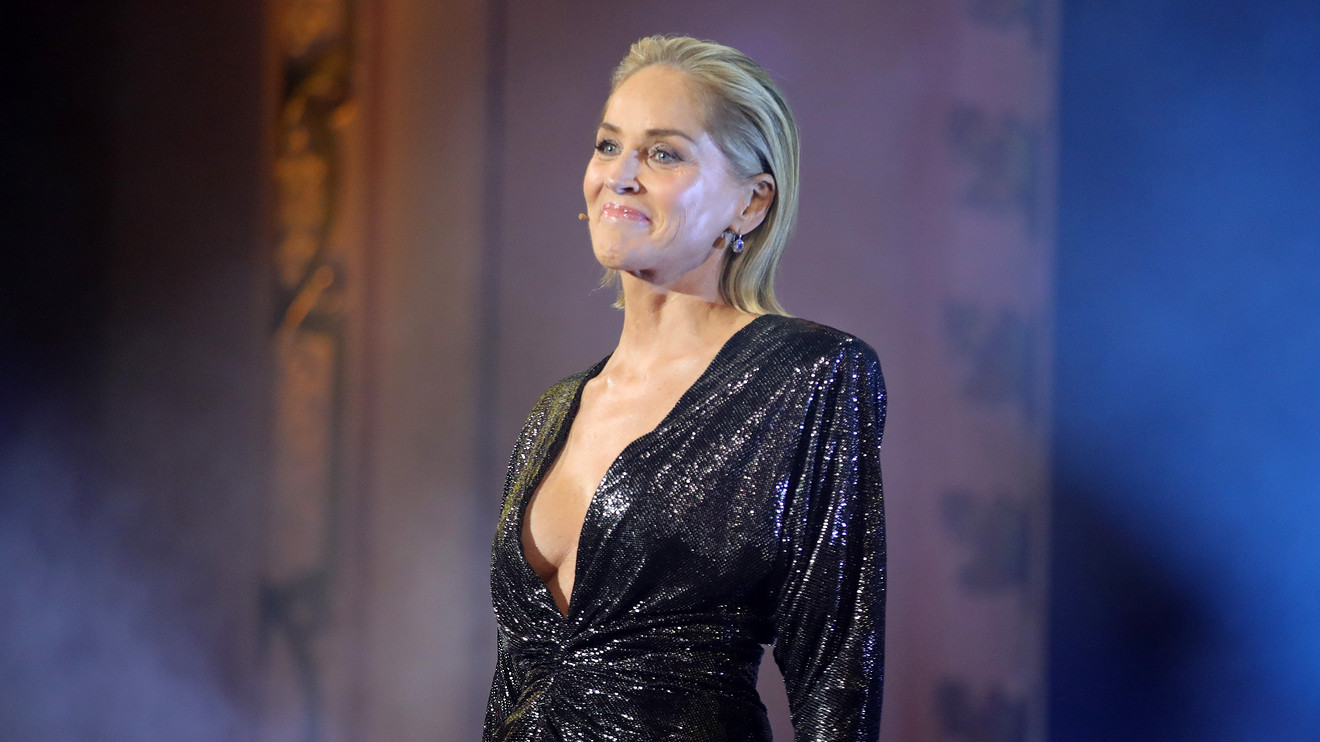 Sharon Stone is not alone in her struggles with online dating.

The actress tweeted TWTR, -1.41%  that she was kicked off the dating site Bumble as other users reported her profile, believing it to be fake. “I went on the @bumble dating sight and they closed my account,” she wrote. “Some users reported that it couldn’t possibly be me! Hey @bumble, is being me exclusionary? Don’t shut me out of the hive.”

Clare O’Connor, editorial director at Bumble, tweeted Stone that her profile had been reinstated. “HA! @sharonstone, we at @bumble found your account, unblocked you, and ensured this won’t happen again,” she wrote. “You can get back to Bumbling! Thanks for bearing with us and hope you find your honey.” (Stone’s tweet was retweeted over 4,000 times and received 44,000 likes.)

‘For many lovelorn singletons, the holidays are the loneliest time of year and, in the New Year, the $3 billion dating industry sees a surge in users.’

For many lovelorn singletons, the holidays are the loneliest time of year and, in the New Year, the $3 billion dating industry sees a surge in users.

“That idea makes sense to me. Maybe if you see nothing but snow outside your window for days, you might think, ‘I’ll give this a try.’ That feeling of isolation or disconnect might motivate people to reactivate their Tinder profile,” said Jeffrey Hall, associate professor of communications studies at University of Kansas. “It’s a combination. How much time do I have today? How much opportunity do I have to connect with people?”

Don’t miss: ‘He emptied our joint account!’ — three husbands and one boyfriend tried to steal this woman’s money

Dating app Zoosk typically sees a 20% jump in users in the first two weeks of the year and eHarmony sees a similar increase in mobile registrations since the holidays, both companies said. Grindr, an app for gay men, usually experiences a 30%-plus increase in users over the holiday season. Match.com and OKCupid IAC, -1.04% also see an uptick between Christmas and Valentine’s Day.

Studies show that many online daters lie about their age, although some dating sites have recently taken steps to penalize users

Another reason for the surge in dating-app activity may be connected to post-holiday blues. “Many singles sit around the family dinner table during the holidays and think, ‘Maybe it would be better to have a partner,’” says Mark Brooks, a dating-industry analyst and the editor of Online Personals Watch. “That’s when they start hitting dating sites in droves and go on dates before the indigestion sets in.”

Recommended: Your partner’s credit score reveals red flags that have nothing to do with money

With the constant stream of happy holiday photographs over social-networking sites like Facebook and Instagram FB, -1.59%, experts say the pressure to be in a romance this time of year has never been so intense. “There’s an onslaught of images of family and togetherness,” says Pepper Schwartz, author of “Dating After 50 for Dummies.” Bad weather doesn’t hurt either.

Who wouldn’t want to emulate the happy photographs of couples over the holidays? But online dating isn’t cheap. Free apps nudge people to upgrade their service for a fee, and the fee-only sites are aimed (in theory) at serious daters. Roughly 30 million unique users, or about 10% of the U.S. population, visit dating sites every month, according to market researcher Nielsen.

‘People don’t post about the family screaming at each other, they post idealistic pictures of children opening their gifts.

Match.com charges between $16 and $36 a month, depending on the length of time you sign up for, and eHarmony charges between $10 and $60 a month. Users can save by signing on for, say, a six-month bundle. And some sites and apps, like PlentyofFish.com, Tinder, Grindr and OkCupid, offer basic membership for free.

Those prices of course don’t include the cost of the dates themselves. Studies suggest that single people spend between $1,596 and $2,069 per year going on dates, depending on where they live. That price tag includes preparations for a date. But in cities like New York, dinner for two with wine can easily top $150.

The good news: At a 10-year high, wage growth for American workers likely to keep accelerating. Millions of single people may have more money to spend on dating. A 10-year-long bull market and economic growth, despite predictions of a recession, have help: The Dow Jones Industrial Average DJIA, -0.65%  is up 22.7% this year; the S&P 500 SPX, -0.62%  is up 29.2%.

Americans are practical, even when it comes to love. Some 56% of people say they want a partner who provides financial security more than “head over heels” love (44%), a recent survey released by Merrill Edge, an online discount brokerage and division of Bank of America Merrill Lynch BAC, +0.06%, found.

This sentiment is held in almost equal measure by both men and women (54% and 57%), which may not be a surprise given that people are getting married later in life and, as such, probably have more assets and are looking for someone who is equally financially secure and/or solvent. Generation Z (born between 1996 and 2010) was the only cohort to choose love (54%) over money.

Singletons like Stone should exercise caution, however. Studies show that many online daters lie about their age, although some dating sites have recently taken steps to penalize users for taking years of their age in an effort to prevent that. Other singletons use filters or airbrushing apps to make themselves look fresher.

Don’t miss: Stormy Daniels on the most attractive quality in a man: ‘A good credit score.’

Dating sites provide access to more potential partners than do traditional dating methods, according to one study published in the journal “Psychological Science in the Public Interest,” “but the act of browsing and comparing large numbers of profiles can lead individuals to commoditize potential partners and can reduce their willingness to commit to any one person.”

They also provide troves of data on relationships. Dating website eHarmony, a company founded in 2000 to find heterosexual couples long-term relationships, asked more than 2,300 people who have a partner of the same or opposite sex whether they were content in their relationship. The survey zeroed in on several factors that the happiest respondents had in common.

They had a healthy sex life and an equal balance of economic power, were most likely to be younger (between the ages of 25 and 44), have two kids, each earn at least $75,000 a year and have a B.A. than their unhappier counterparts. Over 60% of LGBT couples say their relationship is more focused on quality time than sex, although they tend to have more sex than their heterosexual counterparts.

Read also: ‘Divorce is like going through a terrible recession’

The downside: people get ghosted on dating sites. That is, they’re either ignored or the conversation runs dry. “A lot of people do give up on the New Year’s resolution,” Hall says, “just like going on a diet or exercising. It’s hard to keep the new habit maintained. It’s certainly the case that people find online dating to be work.”

“Either way, it’s a lot of rejection.”