Home
Market
Repo Oracle Claims Victory Even If Fed Skips QE
Prev Article Next Article
This post was originally published on this sitehttps://i-invdn-com.akamaized.net/content/pic177d4f89cbe777b21d7939b1c0758ce6.jpg 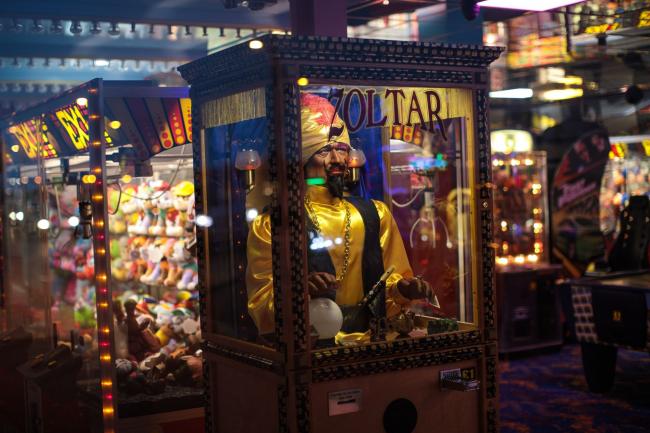 (Bloomberg Opinion) — Imagine you are a longtime Wall Street denizen, accustomed to analyzing trends in the public equity markets, sovereign interest rates, foreign exchange and corporate credit. You think you have a good handle on all these large asset classes.

But suddenly, the plumbing of the entire financial system goes haywire in mid-September, and no one knows why. You are fielding questions about the overnight repurchase agreement market and whether this is another banking crisis in the making. Scouring previous research, you see that one analyst at Credit Suisse (SIX:) AG was warning about a potential repo squeeze before this episode happened. His name: Zoltan Pozsar.

It almost has a mystical aura — Zoltan is derived from “sultan”; it may or may not be the name of a grand prince of the Hungarians; and there’s even a Zoltan fortune-teller toy. As Bloomberg Businessweek noted in a profile last week, in which Pozsar was dubbed a “repo oracle,” he worked at the Federal Reserve Bank of New York starting in 2008 and was known for creating a map of the financial system that included repo and “shadow” banks outside of traditional lending. If anyone had the bonafides to diagnose what ails the short-term funding markets, it certainly seems as if it would be him.

Those past credentials are part of what made Pozsar’s Dec. 9 report on the repo market all the more alarming. Titled “Countdown to QE4?” it emphasized from the opening paragraph that “reserves are still insufficient; there are no true ‘excess’ reserves; and large U.S. banks’ G-SIB scores are shaping up to be a severe binding constraint heading into the year-end turn.”

“The Fed has been slow to recognize the full implications of this situation,” he continued. “The day we run out of reserves would be the day when the world would stop spinning. No, this is not an overstatement.” Pozsar concluded that U.S. Treasury yields could spike around the end of the year and that the Fed would have to shift from buying only short-term bills to purchasing longer-dated government debt — another round of quantitative easing in no uncertain terms.

Predictably, these comments rocked Wall Street, especially among those who traffic in financial doomsday scenarios. The report was seemingly so widely read that a reporter asked Fed Chair Jerome Powell at his Dec. 11 press conference what extra steps the central bank would take to address year-end funding pressures in FX swaps and repo markets. Perhaps understanding the origin of the question, Powell said the central bank was willing to purchase longer-dated Treasuries if necessary.

Now, just a week away from the turn of the calendar, there are signs that the market will avoid the worst-case scenario — something Pozsar had said “we are on track to realize.” Most notably, primary dealers submitted just $31.3 billion in bids for the Fed’s 14-day term repo operation on Dec. 19 and then $28.8 billion in bids for a 15-day term operation on Dec. 23, both less than the $35 billion on offer. By contrast, the first four term offerings for year-end were oversubscribed. It appears that the central bank’s plan to offer almost half a trillion dollars through repo operations for year-end is easing any lingering anxiety over another funding squeeze.

Few strategists are willing to sound the all clear just yet, given the unexpected tumult just a few months ago. It still looks as if repo rates will lurch higher on Dec. 31, but perhaps not to an unmanageable degree.

Suffice to say, few if any are particularly thrilled with the way the Fed has handled the repo market in recent months. As I wrote last month, it seemed as if central bankers were simply throwing the kitchen sink at funding markets and hoping it would be enough to calm them down. Maybe it’s just coincidence, but just days after Pozsar’s note sounded the alarm about year-end, the Fed pledged an additional $365 billion of term repo operations to provide funding through January.

Pozsar, in the Businessweek profile, seemed to walk back his call for QE4 and claim victory even if his dire prediction doesn’t come to pass. “If the year-end is less of a problem because of the repo bazooka we got from the Fed, and if the message of my report played a part in getting that bazooka, then that’s a nice way to be proven wrong,” he said. But he still sees something ominous on the horizon for the repo market: “I think the system will get gummed up again.”

For the Fed, getting past year-end would be enough of a victory. The structural issues that Pozsar flags, like incentives within global systemically important banks to cut back on market-making in the FX swap and repo markets, can’t be addressed so quickly — or, at least, not in a way that’s palatable to central bank officials. Policy makers are advocating for a standing repo facility to alleviate any funding strains, with St. Louis Fed President James Bullard and Dallas Fed President Robert Kaplan each saying in recent weeks that they want to see that come together next year.

Getting into the New Year without a massive disruption would be a victory for all of Wall Street. As I wrote during the September chaos, repo is not something that every investor needs to understand in-depth. They just need to have confidence that it’ll function smoothly day in and day out. It’s why Pozsar hit such a nerve when he wrote that running out of bank reserves would stop the world from spinning. Not to jinx it, but it looks as if the sun will rise come 2020.