Home
Stocks
With President Trump’s signature, the SECURE Act is passed — here are the most important things to know
Prev Article Next Article
This post was originally published on this site 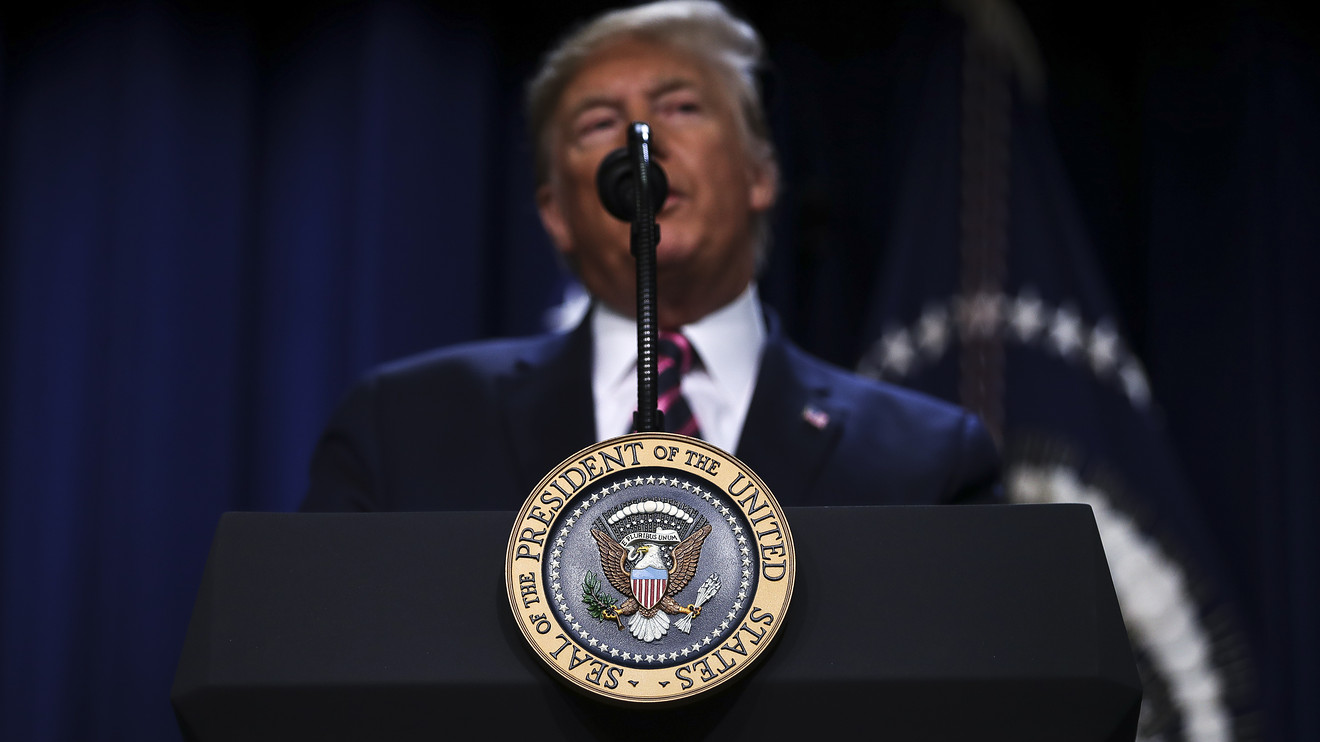 President Trump signed the SECURE Act this week as part of the government’s spending bill and it will inevitably affect most retirement savers, for better or worse.

The SECURE legislation — which stands for “Setting Every Community Up for Retirement Enhancement” — puts into place numerous provisions intended to strengthen retirement security across the country.

Part of the bill addresses the grim outlook for many workers who don’t have access to workplace retirement accounts.

It offers small businesses tax incentives to set up automatic enrollment in retirement plans for its workers, or allows them to join multiple employer plans, where they can band together with other companies to offer retirement accounts to their employees in the first place. The bill also eliminates the maximum age cap for contributions to traditional individual retirement accounts.

Not all retirement experts are certain the bill will have much of an impact.

“The SECURE Act is a nice thing — anything we can do on a bipartisan basis in this day and age is something of value — but my sense is the changes in the act are really quite modest,” said Alicia Munnell, director of the Center for Retirement Research at Boston College, and a columnist for MarketWatch.

Some financial advisers worry a few of the changes can hurt savers — such as incorporating annuities in 401(k) plans and eliminating the rule that lets account beneficiaries stretch distributions across their lifetimes.

Here’s what the bill includes, and what that means for current savers and future retirees:

The SECURE Act opens the gates for more employers to offer annuities as investment options within 401(k) plans. Currently, employers hold the fiduciary responsibility to ensure these products are appropriate for employees’ portfolios, but under the new rules, the onus falls on insurance companies, which sell annuities, to offer proper investment choices.

The upside: Annuities provide a guaranteed income over the course of a retiree’s lifetime which is especially beneficial considering so many Americans are living longer, fuller lives in retirement. Proponents say annuities can offer a steady stream of money to retirees in the long-term, and also encourages savers to think about the far-off future. “They can be structured in a way to meet long-term retirement income objectives,” said Clint Cary, head of U.S. delegated investment solutions at Willis Towers Watson.

The downside: Annuities are complex investment products, and the wrong choice can be detrimental to a person’s portfolio. Employees should review their options and consult a financial adviser before moving forward with a plan. Annuitization could result in heftier fees and penalties if used incorrectly. Critics argued the bill was a major win for the insurance industry, which lobbied for the bill.

Previously, qualified account holders such as those with a 401(k) or IRA had to withdraw required minimum distributions (RMD) in the year they turned age 70.5. The SECURE Act increases that age to 72, which may have tax implications, depending on where the account holders fall in their tax bracket in the year they withdraw. The 70.5 age was based on life expectancies in the early 1960s, the House said, and had not been updated since.

The bill also eliminates the maximum age for traditional IRA contributions, which was previously capped at 70.5 years old. “As Americans live longer, an increasing number continue employment beyond traditional retirement age,” the House Committee on Ways and Means said in a summary of the bill.

But be warned: Americans who turned 70.5 years old in 2019 will still need to withdraw their required minimum distributions this year, and failure to do so results in a 50% penalty of their RMD, said Jamie Hopkins, the director of retirement research at wealth management firm Carson Group. People who are expected to turn 70.5 years old in 2020 will not be required to withdraw RMDs until they are 72. The first withdrawal doesn’t need to be made until the following April 1, which means people who turned 70.5 in 2019 can wait to withdraw their RMD until April 1, 2020. They’ll then have to take another RMD by the following Dec. 31, and every Dec. 31 thereafter.

Don’t miss: Delaying retirement by up to 6 months is equivalent to saving an additional 1% over 30 years

The SECURE Act requires beneficiaries withdraw all assets of an inherited account within 10 years. There are no required minimum distributions within those 10 years, but the entire balance must be distributed after the 10th year. This change can be problematic for some beneficiaries, especially if they are in their 40s and 50s and at the peak of their earning years. Limiting the time frame in which someone can distribute money from an inherited account means potentially boosting the tax burden those distributions will cause.

This calculator created by Hopkins and Carson Group can help Americans understand how their RMDs will change, including factors like the value of an inherited account, age and estimated rate of return.

The bill also widens access to multiple employer plans for small businesses. Previously, companies may have avoided participating in that type of program because of the so-called one bad apple rule that stated if one employer did not meet the plan requirements, the plan would fail for all others involved.

Under the SECURE Act, employers no longer have to share “a common characteristic,” such as being in the same industry. “As employers pool together, they will enjoy the economy of scale, which is access to more features at affordable prices,” Cary said. “It does enable employers to help their employees in a big way.”

Employer-sponsored retirement plans would also be available to long-term part-time workers, with a lower minimum number of hours worked. Previously, employers did not have to invite workers who clock less than 1,000 hours every year to participate in a retirement plan, but the SECURE Act drops the threshold for eligibility down to either one full year with 1,000 hours worked or three consecutive years of at least 500 hours.

Also see: Nobel winner Richard Thaler: ‘You have to worry about getting unlucky and living to 100’

Another aspect of the SECURE Act is the tax credit for employers that automatically enroll workers into their retirement plans. Auto-enrollment is a simple but effective measure to get people saving more for their futures, as studies show participants are more likely to stay in a plan than actively enroll in one themselves. Nobel Prize winner Richard Thaler, along with colleagues, may have helped Americans save nearly $29.6 billion in their retirement accounts with his work on auto-enrollment.

Under the SECURE Act, small employers will get a tax credit to offset the costs of starting a 401(k) plan or SIMPLE IRA plan with auto-enrollment, on top of the start-up credit they already receive.

Auto-enrollment is something the U.S. needs more of, Munnell said. The SECURE Act provisions will only have a slightly positive impact on workers, but Americans need coverage and to be automatically enrolled in those plans. States have already stepped in, creating their own automatic-IRA programs, where companies without a retirement plan can — or in some cases, must — provide one for their employees. “That’s the only way to do it,” she said. “That is probably the biggest thing that could improve the retirement outlook for people.”