Home
Stocks
Key Words: Radio host is sick of the impeachment process, says we need ‘a nice school shooting’ as a distraction
Prev Article Next Article
This post was originally published on this site 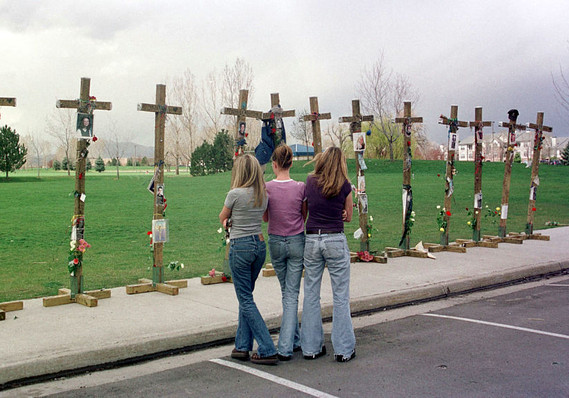 Yes, there are many ways to distract yourself from the “never-ending impeachment of Donald Trump” — go outside, read a book, bake a cake, etc.

One radio host in Colorado has another idea:

‘You wish for a nice school shooting.’

Of course, the right-wing radio personality Chuck Bonniwell can be defended as having been joking when he said that on Wednesday, but, in a state that was home to both the Columbine and Aurora shootings, it’s harder to argue it was funny.

Even amid the uproar over the thin-skinned “cancel culture,” defenders of Bonniwell’s quip were in short supply across social media, as you can see from the hundreds of responses to this tweet:

Sandy Phillips, who lost her daughter in the 2012 Aurora shooting, was one of many calling for the radio host to be fired, the Denver Post reported:

This guy should be fired. Total ignorance. Shootings hurt us all…just ask witnesses and first responders. You don’t have to be shot to be wounded. #survivorsempowered https://t.co/gBRfZthAUg

He tried to backtrack by saying he’d want a shooting “in which no one would be hurt,” and he reportedly tweeted, and then deleted, this apology: “I made an inappropriate comment meant as a joke. I’m sorry it was not received that way.”

The damage had been done.

It didn’t take long for KNUS 710 to take action, and the talk show was canceled by the end of the day.

OFFICIAL STATEMENT:
Given the history of school violence that has plagued our community, 710 KNUS confirms that an inappropriate comment was made on the Chuck & Julie show by co-host Chuck Bonniwell. A programming decision was made to end the program immediately.