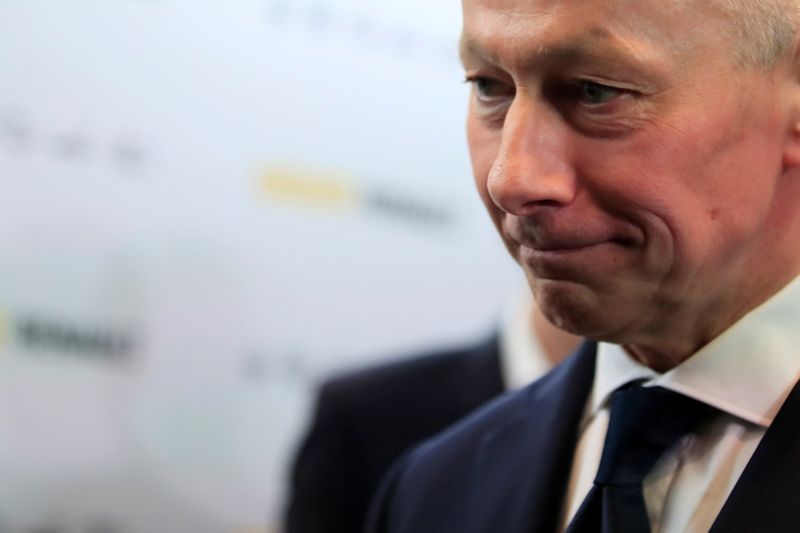 PARIS (Reuters) – Renault’s former chief executive Thierry Bollore, who was ousted in October, had sought to flag alleged conflicts of interest and governance problems at the company’s Japanese alliance partner Nissan before his departure, Le Monde reported on Monday.

Citing a letter from Oct. 7 addressed to Nissan’s (T:) board, of which he was member, France’s Le Monde newspaper said Bollore had raised questions over the firm’s internal investigation surrounding former alliance boss Carlos Ghosn.

Nissan and Renault were left reeling by Ghosn’s arrest in Tokyo a year ago, on financial misconduct charges which he denies. They have since tried to reboot their strained partnership by revamping their management teams, including by purging them of Ghosn allies and removing people in top jobs at the time of the scandal.

Bollore – who took a step up at the French carmaker when Ghosn left even though he was known for his close ties to the alliance founder – was eventually pushed out as Renault’s CEO on Oct. 11, days after penning his letter.

In comments sent to Reuters, Nissan spokeswoman Azusa Momose denied there were any irregularities in its internal investigation of Ghosn’s affairs, and added that the company had reviewed its processes once again following Bollore’s letter.

“Nissan’s independent directors confirmed that the investigation was properly conducted and could be relied on,” Momose said.

Nissan directors had discussed all the allegations raised by Bollore and the company “concluded that Bollore’s concerns were not founded and were based for the most part on inaccurate information and speculation,” she added.

Bollore said in the letter that he was particularly concerned by the revelation that Nissan had a list of 80 managers implicated in financial dealings similar to the ones attributed to Ghosn.

He also raised issues with the chain of command at Nissan, saying some key board members were sometimes kept in the dark on internal matters.

Renault (PA:), which is still searching for a permanent replacement for Bollore as CEO, had no immediate comment.

As well as changing its CEO, Nissan recently demoted senior vice president Hari Nada – a key whistleblower against Ghosn and whose role was also questioned in Bollore’s letter – although its internal investigation had found no evidence against the executive.