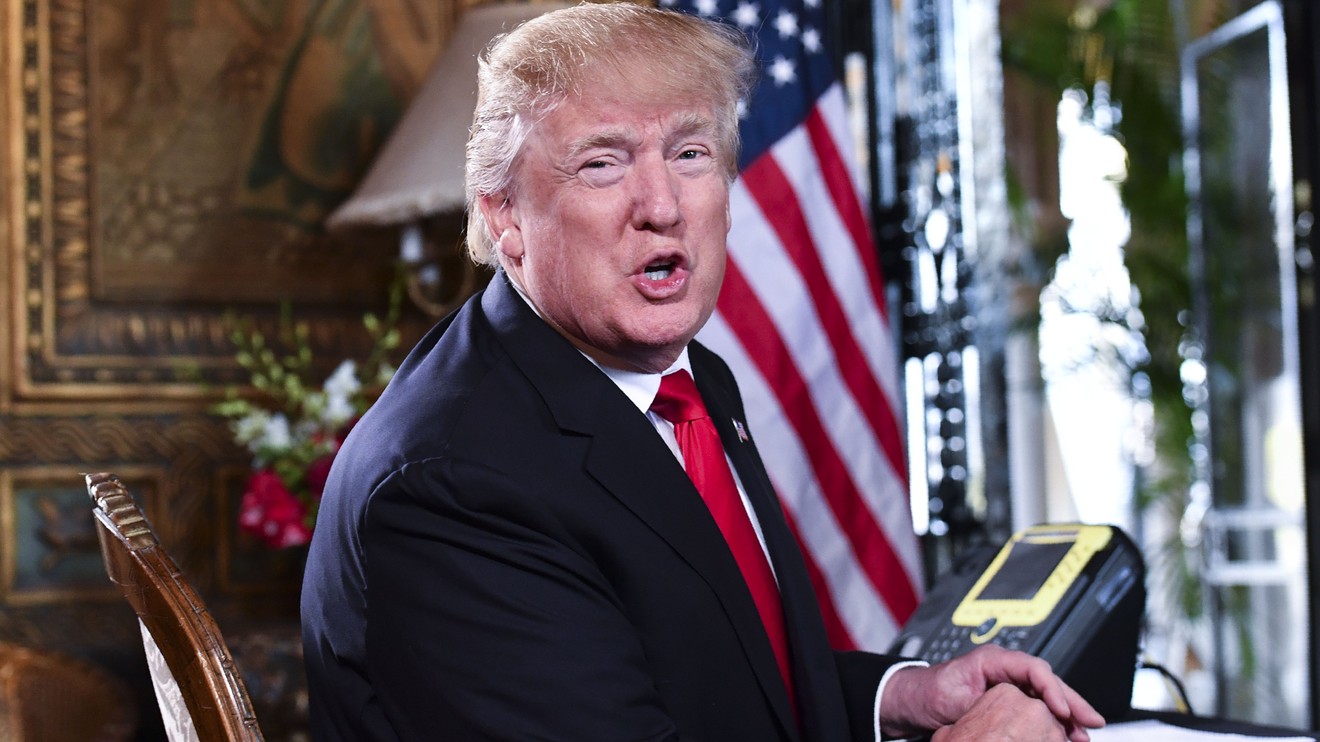 The difference of opinion between two groups of investors on the U.S. trade deal with China could not be farther apart.

Pro-Trumpers are having their moment in the sun and salivating at the prospect of major new gains in the stock market to come. Anti-Trumpers are convinced that the president’s house of cards will fall, taking the market down with it. For investors in both groups, there is peril in their opinions. Let’s explore with the help of two charts.

Read Barron’s 2020 outlook: Stocks are headed higher, and these sectors may benefit the most

For the sake of transparency, both charts were previously published and no changes have been made. Similar conclusions can be drawn from charts of S&P 500 ETF SPY, +0.81% and Nasdaq 100 ETF QQQ, +1.08%.

• I am politically agnostic. My sole job is to help investors.

• To wit: When I gave a “buy” signal on Donald Trump’s election at a time when many were predicting a big stock market drop, it was at first met with incredulity. When shortly thereafter I called for a high-probability scenario of the Dow Jones Industrial Average hitting 30,000 points in Trump’s first term, I received a ton of hate mail. I have subsequently repeated that call several times. Please see “Here’s the case for Dow 30,000 in Trump’s first term.”

• Just because pro-Trumpers made huge gains in the stock market does not mean projecting forward is the right thing to do.

• Many technically oriented investors sold aggressively when the stock market recently became overbought and missed out on the gains since then.

• The first chart shows that the stock market was overbought about a month ago but there was room to run. To determine overbought and oversold conditions, the relative strength index (RSI) is the best indicator for a number of reasons. However, in addition to the science of using RSI, it is also an art that investors ought to learn. In general, in trending markets, overbought markets often become more overbought.

• The second chart shows the VUD indicator, which is the most sensitive measure of net supply and demand of stocks in real time. After Trump’s tweet last week that the trade deal was near, pushing up stocks, there has been net selling, as shown in orange on the chart.

An objective look at the trade deal

Here are the salient points for stock market investors who want to be objective.

• It is a win for Trump and investors in the short term.

• From a longer-term perspective, it is a weak deal for the Unites States and a strong deal for China.

• Even under optimist projections from pro-Trumpers, China will buy an additional $200 billion of U.S. goods over the next two years. Before getting excited about this large number, consider that the U.S. has a $20 trillion economy. The additional exports are about 1% of U.S. gross domestic product (GDP).

• In the absence of a trade deal, China would still have bought some of these goods. China needs to feed its population. Also, some of these U.S. goods would have been exported to other countries.

• There are not many details available about the trade deal. It may turn out that the $200 billion number is too optimistic.

• When all is said and done, the net impact of this deal per year may be only about 0.25% of the U.S. economy.

• Make no mistake: This market is controlled by the momo (momentum) crowd. The momo crowd had already pushed this stock market to new highs in advance of this deal.

• Considering the small impact of this trade deal on the U.S. economy, the trade deal is more than discounted in the already high level of the stock market.

• The best way to think about this deal is to see it as a cease fire in a battle that will continue for years to come for global dominance between China and the U.S.

• In the long run, this deal is stronger for China because it gives China more time to catch up with the U.S.

What does it all mean?

Here are some things for investors to consider.

• Prudent investors bought insurance — hedges and cash — in advance of the trade deal. Now there is less of a need for insurance. Paradoxically, as these hedges are unwound and the cash is redeployed, it can fuel the market even higher.

• Take advantage of short-term trading opportunities as they arise, in addition to long-term investments. This reduces risk.

• If you have not already done so, make sure you have appropriate risk-control measures in place.