Home
Stocks
So you changed your mind about a political donation like some of Pete Buttigieg’s ex-supporters — can you get a refund?
Prev Article Next Article
This post was originally published on this site 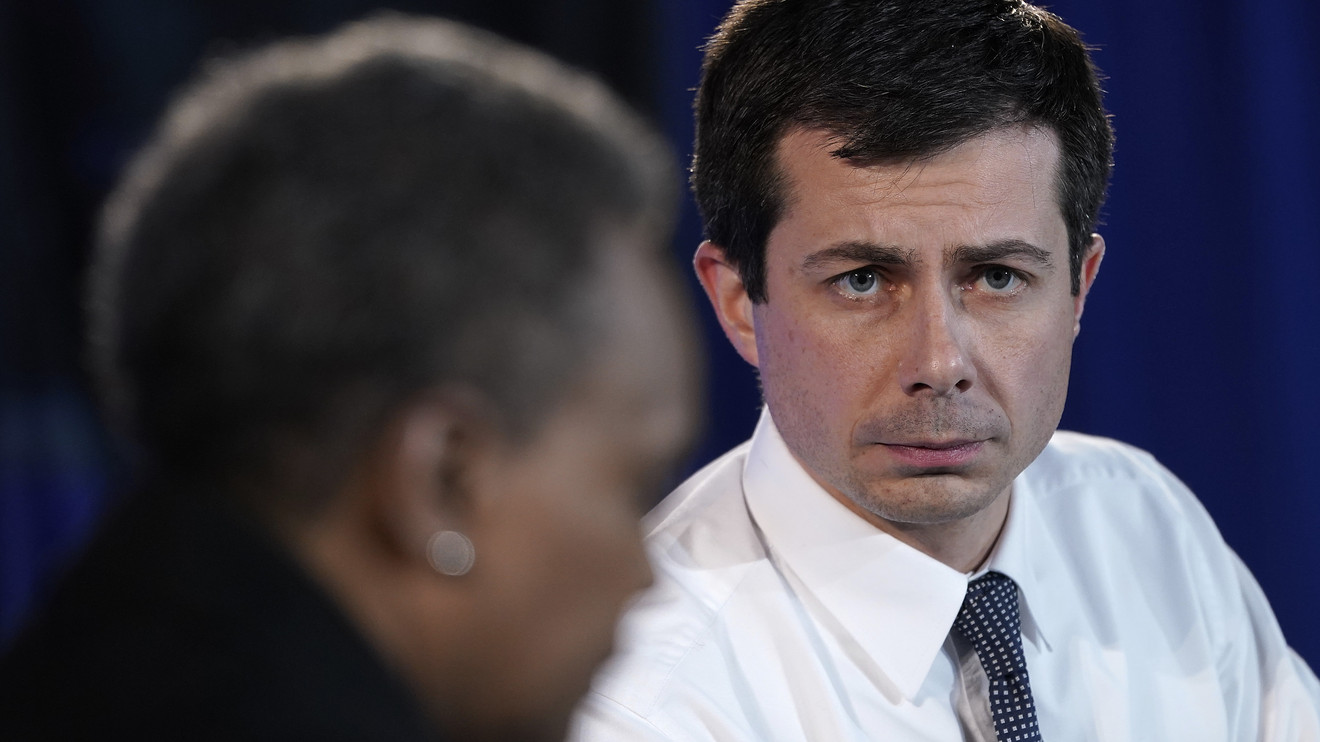 The hashtag #RefundPete has been trending on Twitter as some donors to Pete Buttigieg’s campaign demanded their money back, citing reasons like the 2020 presidential candidate’s embrace of big-money donors and his onetime portrayal of small-dollar donations as “pocket change.”

Ron Widelec, a high-school U.S. history teacher who lives in Westchester County, N.Y., turned out to be ahead of the curve. Widelec had contributed $1 to Buttigieg’s campaign in March — an attempt, despite longtime support for Sen. Bernie Sanders, an independent from Vermont, to help push the South Bend, Ind., mayor over the unique-donor threshold for the first debate.

“At the time, he was sounding very different than he’s sounding now,” Widelec, 38, told MarketWatch. “I thought, ‘Hey, I’ll chip in a buck.’ He seemed like an interesting person, and I wanted to see him make that debate stage.”

But Widelec soured on the millennial mayor over time, especially over what he called Buttigieg’s shift away from Medicare for All and his comments on tuition-free public college. His tipping point came after an October interview in which Buttigieg, asked about Sen. Elizabeth Warren’s decision to pass up big-money fundraisers in a hypothetical general election, said that Democrats wouldn’t beat the well-funded President Trump with “pocket change.”

“For a lot of people who are making minimum wage or near that, that’s a lot of money,” Widelec said of small-dollar contributions. “That outraged me — you don’t call that ‘pocket change.’”

Widelec penned his reaction in an Oct. 16 Medium post titled, “Dear Mayor Pete, I want my ‘Pocket Change’ Back!” Then, he said, it occurred to him that he could actually ask for his money back. He addressed a formal request to Buttigieg’s general campaign email address.

“I would like to donate [the money], instead, to a candidate that does not display complete and utter disdain for the working people of America!” he concluded his Oct. 17 email, which MarketWatch reviewed.

Widelec says he never heard back from the campaign — but less than two weeks later, to his surprise, he received an email from ActBlue, the small-dollar fundraising platform for Democratic candidates, confirming the refund of his dollar. “I never really thought it would happen,” he said. “I was just venting, essentially.”

Some refunds are ‘a discretionary choice’

Candidates are only obligated to refund money “when they weren’t allowed to keep it in the first place,” Erin Chlopak, the director of campaign finance strategy at the nonprofit and nonpartisan Campaign Legal Center, told MarketWatch.

“In general, political contributions are legally required to be refunded when the contributions violate applicable legal requirements,” said Chlopak, who previously worked in the Federal Election Commission’s Office of General Counsel.

“For example, if a donor gives a contribution above the applicable limit, the amount over the limit must be refunded,” she said. “Another option is to seek the donor’s consent to redesignate the contribution for a different election.” A contribution would also need to be refunded if it came from a “prohibited source,” she added, like a foreign national or a corporation.

No law requires that candidates refund money to donors who have had a change of heart, Chlopak said. Some politicians have done so voluntarily, she noted: The late Pennsylvania Sen. Arlen Specter reportedly refunded hundreds of thousands of dollars after changing his party affiliation from Republican to Democrat. But Specter wasn’t obligated by campaign-finance laws to return that money, she said.

Democrats like Warren and Senate Minority Leader Chuck Schumer, for instance, donated their Harvey Weinstein contributions to charity in 2017. Buttigieg’s campaign said last month it would return donations from two lawyers who had represented then-Supreme Court nominee Brett Kavanaugh at his confirmation hearing, during which he defended himself against an allegation of sexual assault, the Guardian reported.

“Certainly, nothing prohibits a candidate or a committee from refunding a contribution,” Chlopak said. “They are free to do that.”

At the same time, “there’s nothing under the law that requires a candidate to give money back because someone says, ‘I don’t like you anymore,’” she added. “I’m sure there are plenty of times where campaigns agree to those requests, perhaps for PR or other reasons — but that’s a discretionary choice they have, not a legal obligation.”

Kolodny said she wasn’t aware of any specific time limit that would constrain a refund, but suggested the decision would hinge on whether there was still cash on hand at the end of an election cycle. “If I’ve spent everything that I’ve taken in, and it’s the end of the cycle and I’m not running again, you’re probably out of luck,” she said.

“As campaigns heat up, there’s lots of costs associated with running for office. … They use that money,” Chlopak said. “So they may not have it available to give back to people who change their mind.”

‘Make it a public statement’

ActBlue, which says it collects a 3.95% transaction fee on every contribution, says in its refund policy that it tries its best to honor refunds requested for reasons like input error, and encourages refund seekers to make their request as soon as possible. It won’t consider refunds for certain other reasons, it adds, including “a change in political or personal opinion.” Still, the campaign is “ultimately in control” of the refund decision, Kolodny said.

If you’re a disillusioned donor looking for your money back from a political campaign, there may be hope for you yet. Try seeking a refund through the platform that handled the transaction, Kolodny suggested, and if that doesn’t work, contact the campaign directly.

“Whatever you send to them, you should also make it a public statement,” he said. “If you’re not happy with how a candidate has behaved, there should be consequences.”