Home
Market
'Out of market today': Australia brandishes four words crucial to case against Citi, Deutsche
Prev Article Next Article
This post was originally published on this sitehttps://i-invdn-com.akamaized.net/trkd-images/LYNXMPEFBC08T_L.jpg 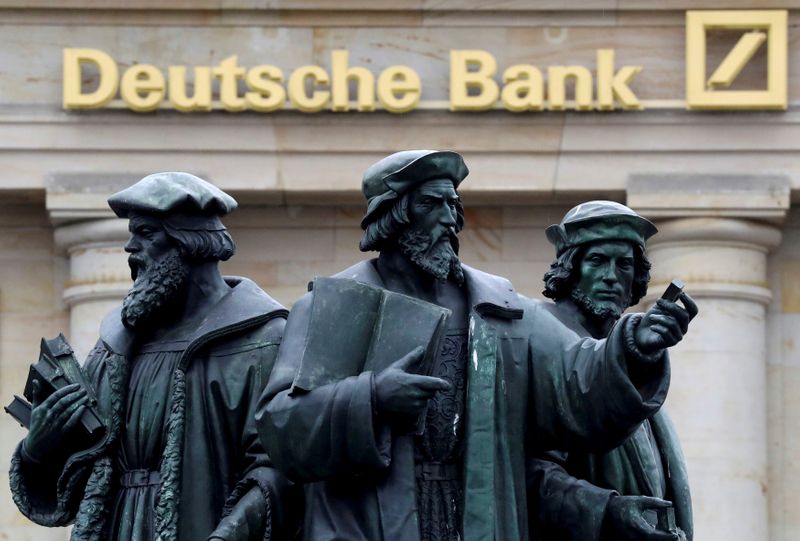 SYDNEY (Reuters) – A four-word handwritten note by a JPMorgan Chase & Co (N:) banker has been seized by Australian prosecutors as fundamental to a criminal cartel prosecution against Citigroup Inc (N:) and Deutsche Bank AG (DE:), a court heard on Friday.

The note, which said “out of market today”, was taken by JPMorgan compliance chief Oliver Bainbridge at the time of a conference call with the other two banks, and prosecutors say it shows the three agreed to refrain from selling stock from a 2015 capital raising to boost its price, the court heard.

“Mr Bainbridge has made contemporaneous notes with the words ‘out of market today’,” said Jennifer Giles, a local court magistrate presiding over the case which is yet to go to trial.

Prosecutors say the note “seems to have been corroborated by what happened in the market,” Giles added.

Though brief, the note’s existence may be used to support a federal case accusing the three banks of agreeing to withhold unsold stock from a A$2.5 billion capital raising for retail lender Australia and New Zealand Banking Group Ltd (AX:), misleading retail shareholders and violating cartel laws.

The case, brought by antitrust regulator the Australian Competition and Consumer Commission (ACCC), is being closely watched by investment bankers around the world because it could influence how they are allowed to conduct joint capital raisings.

JPMorgan and several of its staff and ex-staff, including Bainbridge, have agreed to act as prosecution witnesses in exchange for immunity, the court has previously heard.

Defence lawyers have been questioning the JPMorgan witnesses about how they came to cooperate with the authorities, how their signed statements were drafted and who was involved. So far, all of the witnesses said they did not take notes of the conference calls at the heart of the case.

A day earlier, another JPMorgan witness who was on the calls, the bank’s local markets head Jeff Herbert-Smith, told the court the banks had not colluded on the capital raising, and that he was surprised when he was approached by the ACCC.

Bainbridge lives overseas and will probably be called to testify in February, the court heard on Friday.

A year and half since the charges were brought, no trial date has been set and none of the accused – Citi, Deutsche, ANZ and several of their staff and ex-staff – has entered a formal plea, but all have said they will fight the charges which carry prison terms.

The pre-trial hearings will resume in Sydney’s Downing Centre Local Court on Jan. 30.