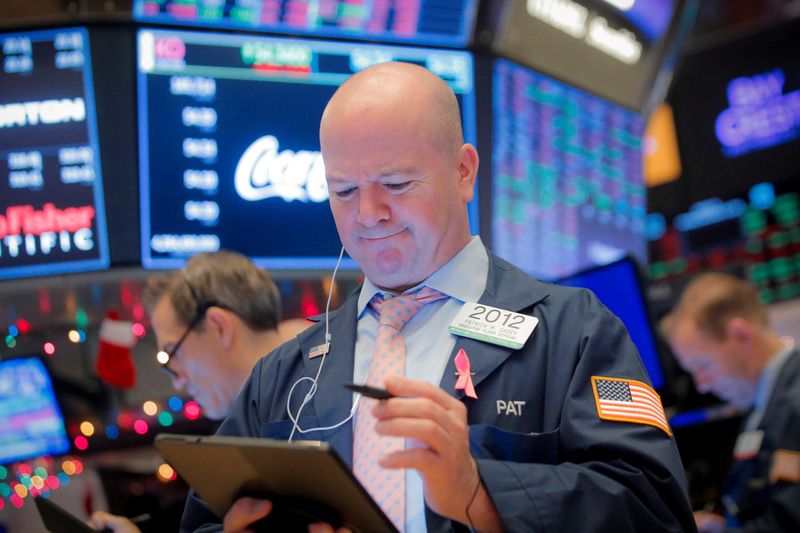 (Reuters) – U.S. stock index futures rose on Friday on hopes that the United States and China could reach an initial deal to end their trade war after Washington set its terms for an agreement, just days before fresh levies on Chinese goods kick in.

The United States has offered to suspend some tariffs on Chinese goods and cut others in exchange for Beijing’s buying more American farm goods, U.S. sources said, although there has been no official announcement on the deal from either side.

China, however, has remained silent, raising questions over whether the two countries can agree to a truce before a new round of tit-for-tat tariffs takes effect on Sunday.

Three interest rate cuts this year by the U.S. Federal Reserve, along with better-than-expected corporate earnings, have pushed the S&P 500 index () up more than 26% so far in 2019, putting it on track for its best annual performance in six years.

Shares of chipmakers that are heavily exposed to China for revenues were up in premarket trading. Micron Technology Inc (O:), Advanced Micro Devices Inc (O:) and Nvidia Corp (O:) rose 1%.

Data at 8:30 a.m. ET from the U.S. Commerce Department is expected to show retail sales rose 0.5% last month, after having gained 0.3% in October.