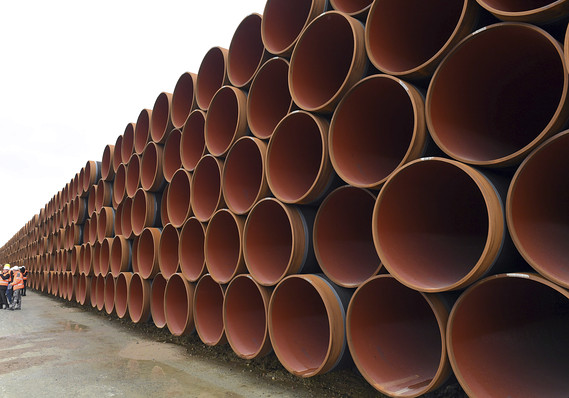 The higher cost of petroleum contributed to U.S. wholesale inflation in November, but not enough to move the needle.

The numbers: The wholesale cost of U.S. goods and services were flat in November, offering more evidence that inflation is tame and likely to remain so in the near future.

The producer price index was unchanged last month, the government said Thursday. Economists polled by MarketWatch had predicted a 0.2% increase.

Wholesale inflation has risen just 1.1% in the past year, marking the lowest rate since 2016. The yearly rate had touched a seven-year high of 3.4% just a year and a half ago. 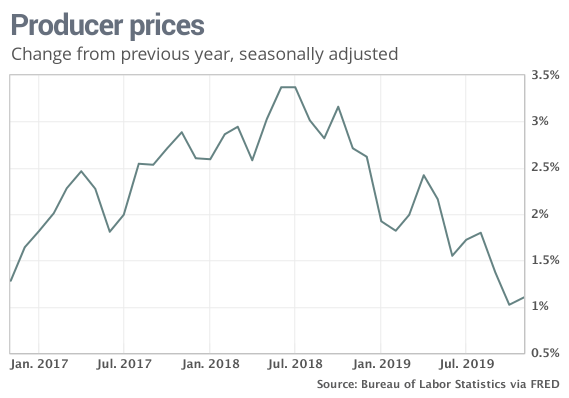 Read: Why U.S.-China trade talks are going down to the wire (and that’s just ‘phase one’)

What happened: The cost of services declined 0.3% in the biggest drop since early 2017. That offset a 0.3% increase in prices of goods such as gasoline, natural gas, meat, chicken and eggs.

Another measure of wholesale costs known as core PPI was also flat last month. The 12-month rate slipped to 1.3%, the smallest year-over-year increase in three years.

The cost of partly finished goods and raw materials increased last month, but prices in both categories have declined over the past year, suggesting little inflationary pressure in the pipeline.

Read: CEOs lower forecast for U.S. economy for the seventh quarter in a row

Inflation is running in a range of 1.5% to 2% annually, a bit below what the Federal Reserve considers ideal for the economy. The Fed wants to see inflation meet or exceed its 2% target for an extended period of time before it considers raising interest rates again.

Read: Fed signals no change in interest rates in 2020 in more upbeat view of the economy