Home
Stocks
Economic Report: Jobless claims soar to a more than 2-year high of 252,000 in wake of Thanksgiving
Prev Article Next Article
This post was originally published on this site 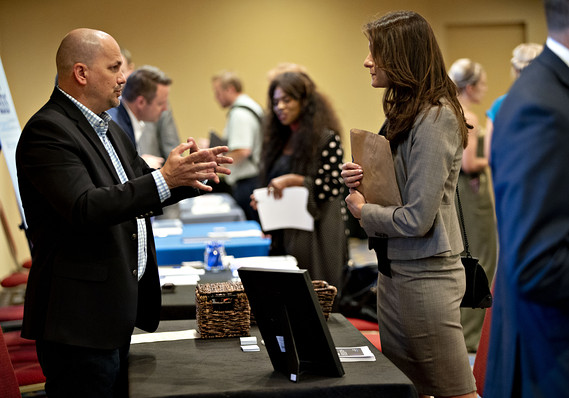 There’s still plenty of people seeking jobs even with the U.S. unemployment rate at a 50-year low.

The numbers: The number of Americans who applied for unemployment benefits in early December soared to highest level in more than two years, but the spike was likely tied to a later than usual Thanksgiving holiday instead of rising layoffs.

Initial jobless claims jumped 49,000 to a seasonally adjusted 252,000 in the first week of December., the government said Thursday. That’s the highest level since September 2017.

Read: Fed signals no change in interest rates in 2020 in more upbeat view of the economy

The Thanksgiving holiday, which falls in different weeks each year, appears to have thrown off the government’s process of adjusting jobless claims for seasonal swings in employment. The holiday took place on Nov. 22 in 2018 and on Nov. 28 in 2019.

The more stable monthly average of new claims, by contrast, rose a much smaller 6,250 to 224,000. That more likely reflects the underlying level of jobless claims.

Read: Why U.S.-China trade talks are going down to the wire (and that’s just ‘phase one’)

Big picture: Economists predicted claims would shoot higher after a surprisingly low 203,000 reading in the last week of November. In all likelihood jobless claims will subside in the next few weeks as the effects of the Thanksgiving holiday fade. Wall Street will be watching closely to see that it does.

Other labor-market indicators show no sign of widespread layoffs. Last week the government said a whopping 266,000 new jobs were created in November, pushing the unemployment rate back down to a 50-year low of 3.5%. And the companies that are still hiring say their biggest problem is finding skilled workers.

Read: CEOs lower forecast for U.S. economy for the seventh quarter in a row