Britons are voting at the polls Thursday to decide a new leader in an attempt to resolve the Brexit crisis.

Brits have gone to the polls with some voting in random places including a 19th century windmill, a pub, hair salon, used car showroom, and a launderette and a caravan.

Prime Minister Boris Johnson has taken a gamble asking the public to clear the political logjam that has prevented the U.K. from leaving the European Union in what some say is the most important vote since World War II.

The vote pitches Johnson, who says he will take Britain out of the European Union by Jan. 31, against Labour leader Jeremy Corbyn, who promises another referendum on Brexit. 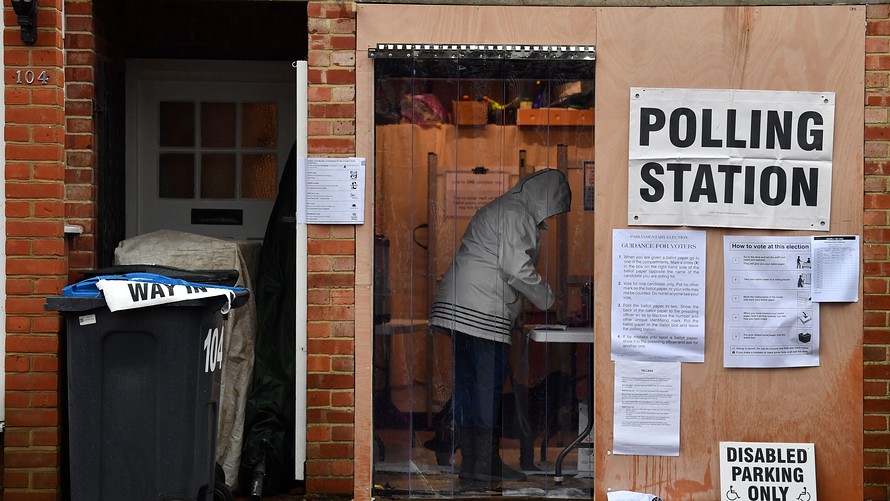 A voter casts her ballot at a polling station set up in the garage of a residential home in Croydon, south London, as Britain holds a general election on December 12, 2019.

Krishna Guha, an analyst at Evercore ISI, wrote in a note that the most likely outcome is that Johnson’s Conservatives will win a modest majority and move ahead with his Brexit deal plus domestic agenda.

“But this is a low conviction consensus,” he said. “Most polls and expert analysis put substantial probability on a hung parliament in which the Conservatives fall short and a left-center rainbow coalition backing a second Brexit referendum could come to power as well as a bigger Conservative win.”

Read: Here’s everything investors need to know ahead of Britain’s election

The result could have a major impact on world markets and currencies. The uncertainty helped cause the price of gold GC00, -0.28%   to rebound.

Carlo Alberto De Casa, chief analyst at ActivTrades said: “After a long phase with very little volatility, investors are awaiting the price to breakthrough the key level of $1,475 in order to give bullion a more defined direction.

“Technically, the price remains in the lateral channel between $1,450 and $1,475 but with growing pressure on the upward edge. This confirms investors’ interest in bullion is returning on the day of the UK election and the meeting of the ECB.”

A Stock Market Almanac study pointed out that the Conservatives and Labour won nine general elections each between 1945 and 2010. In eight out of the nine years following a Conservative victory, the FTSE All-Share index ASX, -0.08%    rose, with an average 10.8% gain. The market rose in just three of the nine years following a Labour win, with an average negative return of 5.8%. The same study highlighted that returns tend to be negative in the month and week before an election, while returns after an election tend to be low. 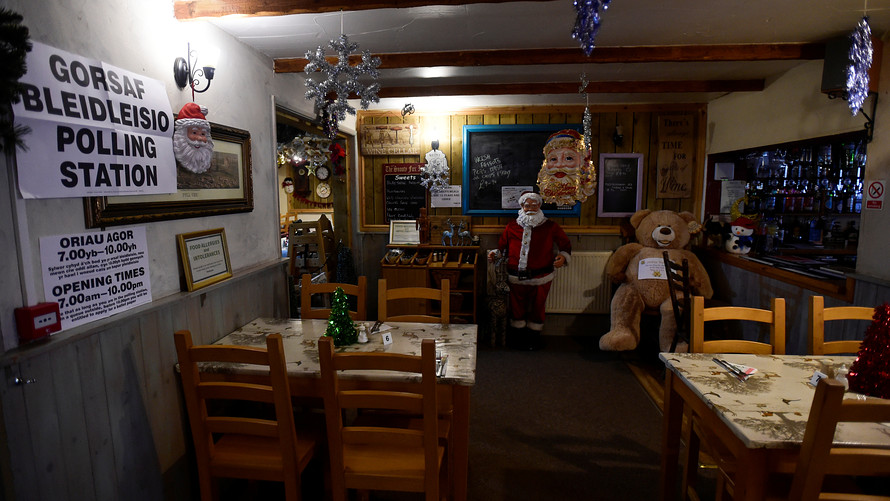 A general view of the public house The Snooty Fox, which is being used a polling station, during the general election in Martletwy, Britain.

However, none of those elections featured Brexit, and the 2019 vote will have its own set of factors and consequences for equities and the pound.

Read: The Pound Is Undervalued and Looks Set to Rally After the U.K. Election

The pound has climbed to $1.31 in recent days, from below $1.29 last week, as investors have grown more confident of a Johnson win. But sterling GBPUSD, -0.4850% GBPEUR, -0.3374%   has been up and down in recent weeks as investors have reacted to the latest election polls.

The pound dropped at the end of November after two election polls showed that Johnson’s lead had narrowed, demonstrating investors’ fear at the prospect of a Labour government.

BT Group BT.A, -0.50%  , which Corbyn said he would partly nationalize to provide more broadband access, slipped 0.2% on Thursday and has dropped nearly 3% over the last month.

Read: How a jam-making Arsenal fan and a student of the classics could dramatically impact the pound and markets this week