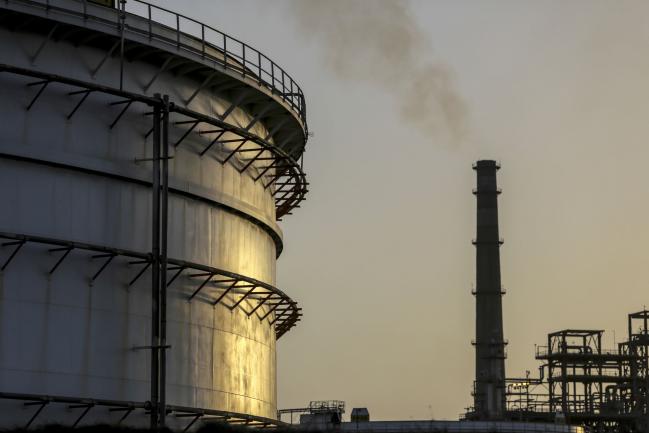 Trafigura Group Ltd. posted record oil and metals trading results as it benefited from volatile energy prices, but a bevy of asset impairments and writedowns cut profit to the lowest in nine years.

Gross profit from oil trading surged to a record $1.7 billion in the year ended Sept. 30 as the Singapore-based trading house exploited price swings and a strong position in U.S. oil and LNG exports. While metals and minerals matched last year’s performance in what Chairman and Chief Executive Officer Jeremy Weir called a “knockout year” for trading, net income fell 0.5% to $868 million.

“We did have impairments in our industrial assets business, which offset the general performance of the company,” Weir said on Wednesday.

Those writedowns — at a troubled iron ore port in Brazil, its struggling fuel distribution business Puma Energy and its disastrous equity investment in zinc smelter Nyrstar — took some of the sheen off the trading performance. Still, the No. 2 independent oil and metals trader showed its core business of buying, blending, storing and transporting commodities retains the ability to spit out cash.

The $315 million of writedowns and impairments were partly offset by a $201 million gain from the sale of shipping assets, including 29 newly-built oil tanker leases.

The owners of the 26 year-old company, a group of 700 traders and executives, saw the value of their share buybacks slashed by 36% to $337 million, the lowest in at least eight years. The buybacks are the principal way the firm returns capital to its shareholders and since 2010 Trafigura has paid out more than $5.8 billion.

The reduction in buybacks helped boost the company’s equity value by almost 9% to $6.8 billion. Total debt, a focus of criticism by short-seller Iceberg Research, fell 4% to $31 billion. Adjusted debt, which strips out inventories that can be easily sold as well as cash and securitized receivables, dropped 12% to $5.3 billion.

Weir said Trafigura expects 2020 to be another good trading year, with the global trade war ensuring price volatility and market uncertainty. He also expects the company to come under more pressure on environmental, sustainability and governance issues.