Home
Stocks
The Tell: Get ready for QE4, says Credit Suisse analyst
Prev Article Next Article
This post was originally published on this site 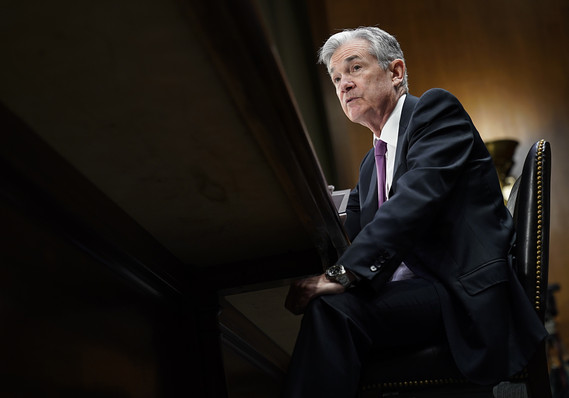 The Federal Reserve’s actions to calm the stresses in short-term funding markets haven’t worked, said a key analyst who predicts that the central bank may have to resort to a fresh round of crisis-era monetary policy.

In a note drawing attention among Wall Street investors and market experts, Credit Suisse analyst Zoltan Pozsar says the reserves in the banking system remain insufficient, and regulatory burdens on the world’s largest banks are “shaping up to be a severe binding constraint.”

Pozsar’s research report comes as the rate-setting Federal Open Market Committee is set on Tuesday to kick off a two-day policy meeting in which it isn’t expected to reduce interest rates, as economic data has largely been solid, but is expected to provide guidance about the outlook.

“If we’re right about funding stresses, the Fed will be doing ‘QE4’ by year-end”

Fed Chairman Jerome Powell has described the turmoil that recently caused short-term rates to spike back in September as “technical” and “under control.”

However, Pozsar and other market pundits have disagreed.

“Year-end in the [currency] swap market is thus shaping up to be the worst in recent memory, and the markets are not pricing any of this,” he told clients.

“If we’re right about funding stresses, the Fed will be doing ‘QE4’ by year-end: the safe asset – U.S. Treasurys – is funded by [relative value] hedge funds on the margin and if the [currency] swap market pulls balance sheet and funding away from them, the safe asset will go on sale. Treasury yields can spike into year-end, and the Fed will have to shift from buying bills to buying what’s on sale – coupons,” he warned.

Thus far, the New York Federal Reserve has supported that segment of the market with billions in overnight loans after the shortage of liquidity caused a spike to more than 10% from 2% in overnight borrowing rates.

Some strategists have called the important funding mechanism as broken, with James Bianco, founder of Bianco Research in Chicago, telling MarketWatch last week that the central bank hasn’t done enough to improve liquidity into the financial system.

“They are essentially medicating the market into submission,” he said.

In a Monday report, the Bank for International Settlements said an unwillingness among leading U.S. banks, which serve as primary lenders in the short-term funding market, combined with a surge in demand from hedge funds for secured funding, may explain the spike in rates.

The concept of quantitative easing, or QE, is an unconventional monetary policy by which the Fed purchases Treasury and mortgage-bond securities, among other assets, with the intention of lowering long-term interest rates and boosting hiring and growth. It was first kicked off during the financial crisis and has thus far seen three iterations since 2008.