Home
Stocks
Peter Morici: U.K. elections could be the beginning of the end of the EU
Prev Article Next Article
This post was originally published on this site 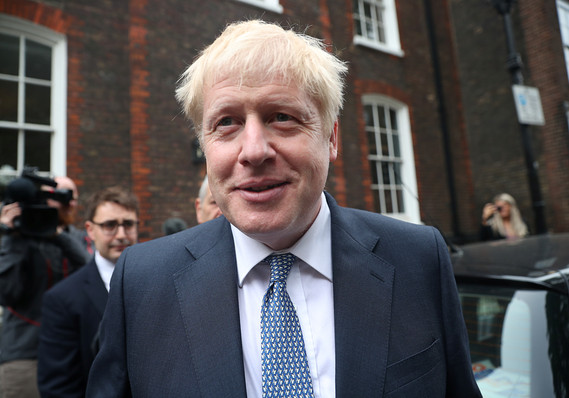 In Thursday’s elections, Boris Johnson has a decent shot at winning a workable majority in Parliament to pull the U.K. out of the European Union. This could be a turning point for Europe—rather than enabling consolidation of the continental bloc, Brexit will provide the contrast that blows it apart.

The Conservative Party is running on a platform to push through a transition agreement to leave the European Customs Union and accomplish simple free trade. The Labour Manifesto—offering yet another referendum and a socialist platform to tax the wealthy, re-nationalize rail, telecom and other industries, aggressive carbon-neutral economy initiatives, and more social spending—appears further left than the British electorate.

Johnson’s chances hinge on flipping traditional Labour strongholds in the North and Midlands jolted by globalization, immigration and the EU progressive agenda. Forces driving populism and nationalism in places like Poland and Hungary appear to advantage Johnson—even if voters don’t adhere to his apparent vision of a post-Brexit Singapore on the Thames.

If these economies had their own currencies, they could devalue to boost exports and spend more on education and infrastructure to offset Germany’s perennially large budget and trade surpluses.

Europe lacks the building blocks for a common currency. These include continental bank regulation and deposit insurance, European taxing authority to transfer resources for social services and the like from richer to poorer states—as Washington does from New York to Mississippi—and a fluid cross-border labor market enabled by a common language and homogenous educational system.

U.S. state education departments and universities may control primary, secondary and college curriculums but broad consensus applies to what a third or 10th grader should know and the syllabus for freshman economics. In Europe, national variations are profound.

None of that will permit Europe to develop what it sorely needs—a Silicon Valley and startups that will one day rival Microsoft MSFT, +1.21%  , Apple AAPL, +1.93%  , and other U.S. and Chinese technology behemoths.

The continent’s industrial heartland, Germany, is terribly dependent on an automobile industry that lags U.S., Japanese and Chinese competitors in the development of electric vehicles—those are forecasted to be 56% of vehicles produced in 2030.

The German system of union and government participation in corporate decision making slows business and worker responses to disruptions imposed by transitions to a carbon-free and more digital economy.

Near term, the U.K. needs free-trade access with the continent to keep its manufacturing going, but it is not so invested in the internal combustion engine. Britain’s future, like America’s, is tied to its formidable financial sector and high-tech activities.

U.S. and U.K. banks are doing well in Europe—forcing Germany’s largest, Deutsche Bank DB, +0.56%  , out of many investment banking activities. Even without privileged access to the continent, U.K. financial houses will prosper.

Britain’s natural alliances in high tech are with the U.S. Northeast and West Coast. Freedom to negotiate free trade with the United States will enable cooperation and competition—a critical advantage that the U.K. can’t have inside the EU. France’s agricultural protectionism and Germany’s mercantilism preclude a comprehensive U.S.-EU agreement.

Europe will continue cycles of anemic growth and emerge from recessions with ever-more underemployment, insecure, temporary and part-time jobs, and more disaffected like the Yellow Jackets.

That economic contrast with Britain will feed populism and nationalism in Southern and Eastern Europe and in France and Germany beyond the Paris and Frankfort metropoles. That is not xenophobia as elites in Brussels and privileged elites may dismiss but a disaffection begotten by a EU progressivism that accomplishes progress on the backs of the working classes.

Either the French proletariat will revolt, or ordinary Italians or others will simply vote to exit the EURUSD, +0.0814%  or EU altogether—and bring the European project down under the weight of its follies.