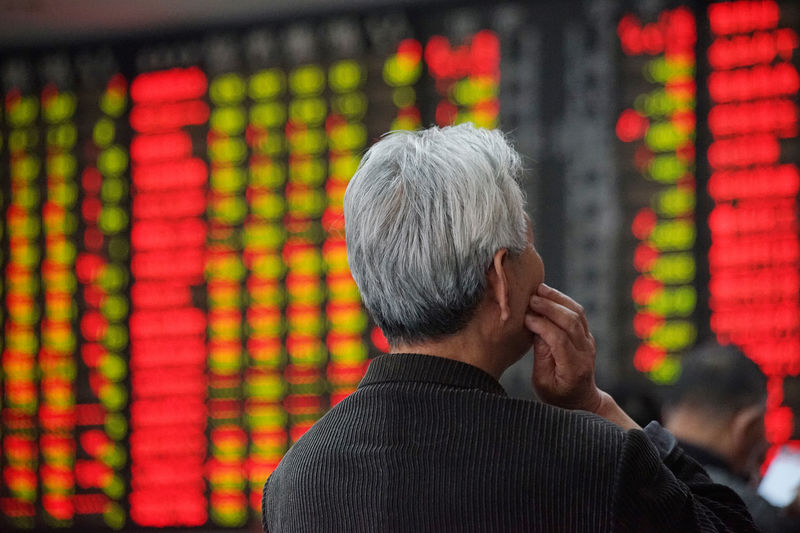 By Tomo Uetake and Hideyuki Sano

European shares were expected to follow suit, with major European stock futures trading up around 0.2%.

MSCI’s broadest index of Asia-Pacific shares outside Japan was up 0.4% and Japan’s added 0.2%.

Trump’s upbeat tone in comments on Thursday was enough to spark buying, despite a lack of agreement between Washington and Beijing over whether existing tariffs should be dropped as part of a preliminary deal to end their trade war.

“Many players have taken a wait-and-see attitude given a lack of fresh trading cues ahead of U.S. payrolls data and other key events. But clearly, the mood is modestly positive,” said Yasuo Sakuma, chief investment officer at Libra Investments.

Investors were hoping the two sides will reach a compromise to at least avoid their worst fears – that the United States will go ahead with its final batch of tariffs on about $156 billion of Chinese exports.

Uncertainties over a deal have pushed some investors to the sidelines in recent sessions, while nervousness before the release of U.S. non-farm payrolls data later in the day could also curb market liquidity.

Investors were also looking ahead to a Fed policy meeting on Dec. 1-11 as well as a looming Dec. 15 deadline for imposition of further U.S. tariffs on Chinese goods. A Reuters poll of economists and analysts showed the Fed would keep rates on hold at 1.50-1.75%.

Libra’s Sakuma said the market will likely remain quite resilient as investors have already taken precautions against a possible slide in stocks by buying put options.

The one-month moving average for the put-to-call ratio of open contracts on the S&P 500 was at 2.2, well above its level ahead of previous sell-offs, data from options analytics firm Trade Alert show.

The put-to-call ratio of Japan’s Nikkei stood at 2.0, its highest level on record, according to Refinitiv data, which dates back to June 2012.

A higher ratio reflects greater demand for puts, which are often used to hedge against a decline in shares.

Oil prices retreated but hovered near recent peaks after major oil exporting countries agreed on Thursday to cut output by an extra 500,000 barrels per day in the first quarter of 2020, after a nearly six-hour meeting on Thursday.

Details of the agreement and how the cuts will be distributed among producers still need to be ratified at a meeting in Vienna of OPEC and non-OPEC nations, otherwise known as OPEC+, on Friday.

“The cut of an extra 500,000 barrels a day was not priced into the market, so the cut will be positive for the market if it is carried out,” said Tatsufumi Okoshi, senior commodity economist at Nomura.

“But since OPEC countries haven’t fully complied with the existing cut, markets will probably have to wait to see how the cut will pan out,” he added.

The agreement coincided with the initial public offering (IPO) of state oil firm Saudi Aramco, which was priced at the top of its range, raising $25.6 billion in the world’s biggest IPO.

In the currency market, the British pound soared on growing confidence that next week’s election will give the Conservative Party the parliamentary majority it needs to deliver Brexit, ending near-term uncertainty.

That helped push the dollar against a basket of major currencies to a one-month low of 97.356 on Thursday. The index was last quoted at 97.379.

Against the yen, the dollar traded at 108.67 yen, having slipped slightly the previous day.