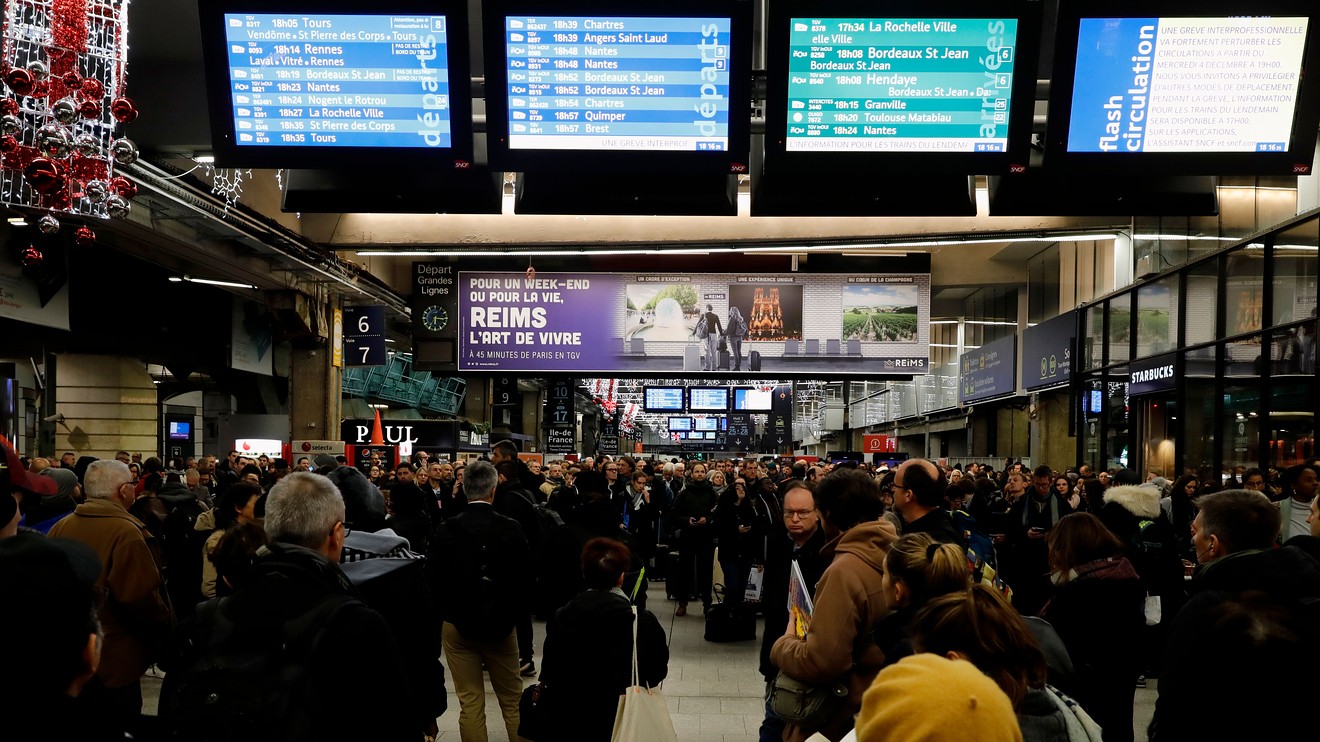 In his two-and-a-half years in office, French President Emmanuel Macron has become familiar with many forms of opposition to his reform agenda, from traditional strikes organized by the country’s public-sector unions to the demonstrations of the “yellow vest” movement that climaxed in riots in France’s big cities last year.

But the general strike that started on Thursday isn’t your French protest-as-usual, and the apparent inability of the Macron government to deal with rising discontent could end up paralyzing his administration in the second half of his term. The risk is that foreign investors, who since 2017 have been the cheerleaders of Macron’s efforts to shake France out of its economic torpor, may pause and think.

What’s different this time is that the immediate cause of protest—a reform of the state-financed pension system, arguably long overdue—is coalescing with the low level of popularity of a president who has failed to connect with the French public. Macron is one of most unpopular presidents in France’s recent history. Almost two-thirds of voters disapprove of his actions. And he has failed to surround himself with government ministers strong and competent enough to help him make the case for his reform plans in the court of public opinion.

There is no doubt that the French economy is doing better. Gross domestic product will grow by 1.3% this year, more than the eurozone average and three times faster than in Germany. Unemployment has receded and business confidence remains healthy despite the global slowdown and trade uncertainties. Consumer spending remains strong—retail sales increased in October while declining in the euro area. And the stock exchange (TICKER:FR:PX1) is up 24% this year.

But all of this is relative. On most metrics, France remains around or below Europe’s average. The unemployment rate, at 8.5%, is down from the 9.6% rate it was when Macron became president. But it is still one full percentage point above the eurozone as a whole (7.5%).

There may come a point when foreign investors’ outlook and hopes for France will clash with the views of French voters. For Macron, reforming the economy has taken precedence over repairing the social fabric of a country as shaken by populist undercurrents as its European neighbors. The strike starting this week will test his capacity to do both before the 2022 presidential election.