Home
Market
Asian stocks up as trade pendulum swings to optimism
Prev Article Next Article
This post was originally published on this sitehttps://i-invdn-com.akamaized.net/news/LYNXMPEB13022_M.jpg 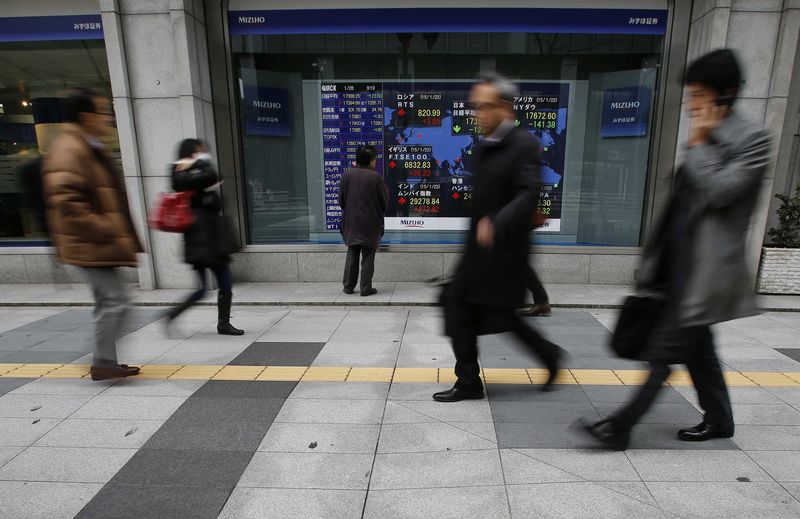 Investing.com – Asia stocks opened on an upbeat tone after more positive tones on the possibility of a trade deal between the US and China, after days of contradictory developments.

Most markets in Asia gained during morning trading on Thursday but the gains were modest compared to several days of losses. The risk-on mood was fueled by news, first reported by Bloomberg, that negotiators may be closers to an agreement on tariff relief measures that would be part of a phase one deal between the US and China and that such a deal could even happen before additional US tariffs on Chinese goods kick in on Dec. 15.

On Wednesday, a day after saying he has no deadline for a deal and would not be opposed to waiting until after the elections in November 2020, US President Donald Trump said discussions are going very well.

China’s  was up 0.40% to 2,889 while the was up 0.29% at 9714. US-China trade talks remained a focus for traders after Trump said on Monday that the signing of two pieces of legislation that support protesters in Hong Kong would not make negotiations easier. However, he said China still wants a deal.