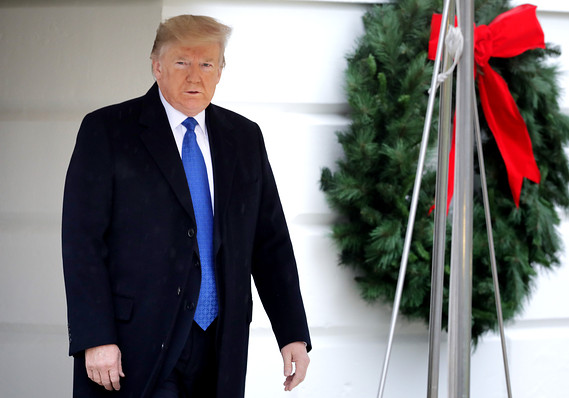 President Donald Trump walks out of White House on Monday before departing for a NATO summit in London.

President Donald Trump is prepared to levy more duties on Chinese goods in the absence of a trade deal, Commerce Secretary Wilbur Ross said Monday, shortly after the president announced the resumption of tariffs on Argentinian and Brazilian steel.

Trump made the steel announcement on Twitter early Monday morning, and spoke to reporters about China before heading to London for a gathering of NATO leaders.

Now see: Trump brings back tariffs on Brazil and Argentina as deadline for China levies approaches.

In his remarks on China, Trump was noncommittal about a forthcoming agreement but said Beijing wants to find common ground. “The Chinese want to make a deal, we’ll see what happens,” he said.

The clock is ticking toward the imposition of 15% tariffs on consumer goods from China beginning Dec. 15. Speaking on Fox Business Network, Ross called that date a “logical deadline” for a phase-one deal.

“If nothing happens between now and then, the president has made quite clear he’ll put the tariffs in — the increased tariffs,” Ross said.

U.S. stock indexes DJIA, -0.72% SPX, -0.63% COMP, -0.95%  were down Monday on both trade worries and data showing the U.S. manufacturing sector remaining in contraction for the fourth straight month.

While speaking to reporters Trump also blasted House Democrats for going ahead with their impeachment proceedings while he will be out of the country.

Democrats are preparing to approve their report Tuesday that makes the case for removing Trump from office. The White House was invited to attend a Wednesday hearing of the House Judiciary Committee, but declined. When asked why he isn’t sending his lawyers to the hearing, Trump replied, “because the whole thing is a hoax.”