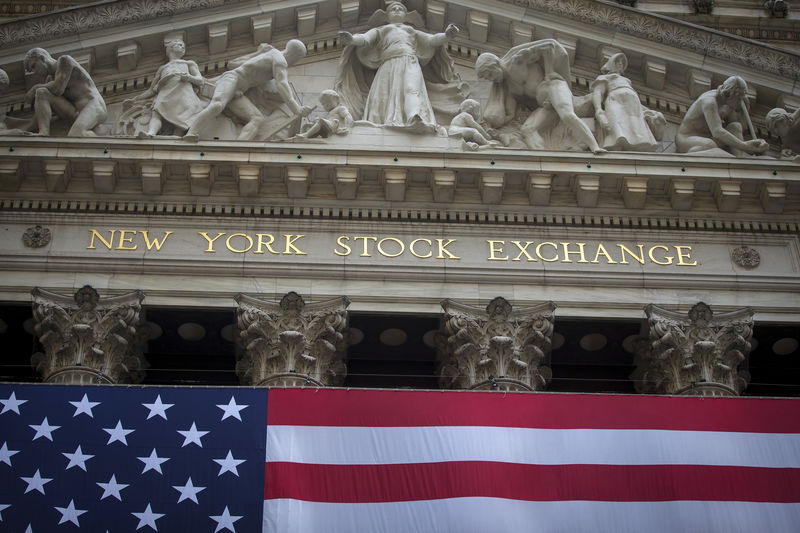 NEW YORK (Reuters) – Monday’s slide in U.S. stocks prompted at least one large investors to load up big on stock options that would guard against a sharper hit to stocks into the start of next year.

Shortly after the market opened on Monday, an investor paid about $31 million to buy 16,000 of January put options at the 2,980 level on the S&P 500 Index (), according data from options analytics firm Trade Alert.

The position struck about 4.6% below the market’s current level around 3,124 appears to be hedging roughly $4.8 billion in assets, said Henry Schwartz, president of Trade Alert in New York.

An index put option gives the holder the right to sell the value of an underlying index at a fixed level in the future, thereby offering protection against a slide in the market.

U.S. stocks fell on Monday after President Donald Trump decided to restore tariffs on metal imports from Brazil and Argentina and weak factory activity fanned worries of a slowing domestic economy due to the long-drawn trade war with China.

“The trade may be a year-end hedge following last week’s all-time highs above $3154,” Schwartz said.

On Monday, the CBOE Volatility Index (), a widely followed options-based barometer of expected near-term volatility for stocks, rose to a near 6-week high of 15.27 before paring gains to trade up 1.34 points at 13.96.