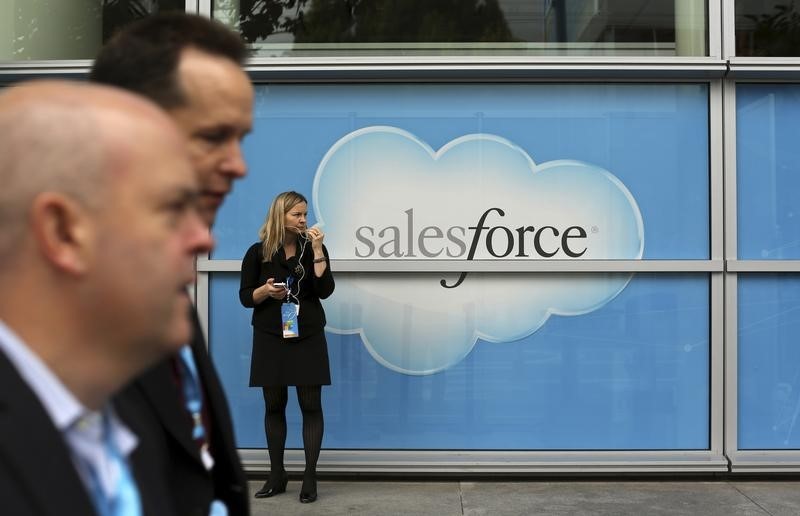 Investing.com – Here’s a preview of the top 3 things that could rock markets tomorrow.

Salesforce.com (NYSE:) will report third-quarter earnings after the market closes on Tuesday.

Ahead of the report, many expect its recent acquisitions will likely have boosted Salesforce’s enterprise software revenue.

With the recent addition of MuleSoft and Tableau, sales are expected to have topped $4.4 billion in the third quarter.

Salesforce is earnings of 66 cents a share on revenue of $4.45 billion, according to consensus estimates from Investing.com.

Marvell Technology (NASDAQ:), meanwhile, also reports after the closing bell, with analysts expecting the chipmaker of 17 cents per share on about $660 million in revenue.

The earnings report comes at a fraught time for chipmakers as U.S.-China trade relations have soured, cooling expectations that both nations will sign the phase one trade deal sooner rather than later.

The company previously lowered its guidance for the third quarter and warned of a worsening macro environment along with the ongoing impact from the current restrictions on shipments to Huawei.

The restrictions on U.S. companies shipping supplies to Huawei, however, have since been lifted and extended until Feb. 16, 2020.

Beyond trade issues, the revival in data center spending and the earlier-than-expected first production shipments of 5G solutions will likely alleviate headwinds from the U.S.-China trade war.

The is due after the closing bell on Tuesday.

Oil prices in recent sessions have been driven by the ongoing trade dispute between the U.S.-China and bets on whether OPEC will announced further production cuts at this week’s meeting.

OPEC and its allies have been cutting output for three years to rid the glut in supplies and steady prices. Their current deal to cut production by 1.2 million barrels a day began in January and expires at the end of March.