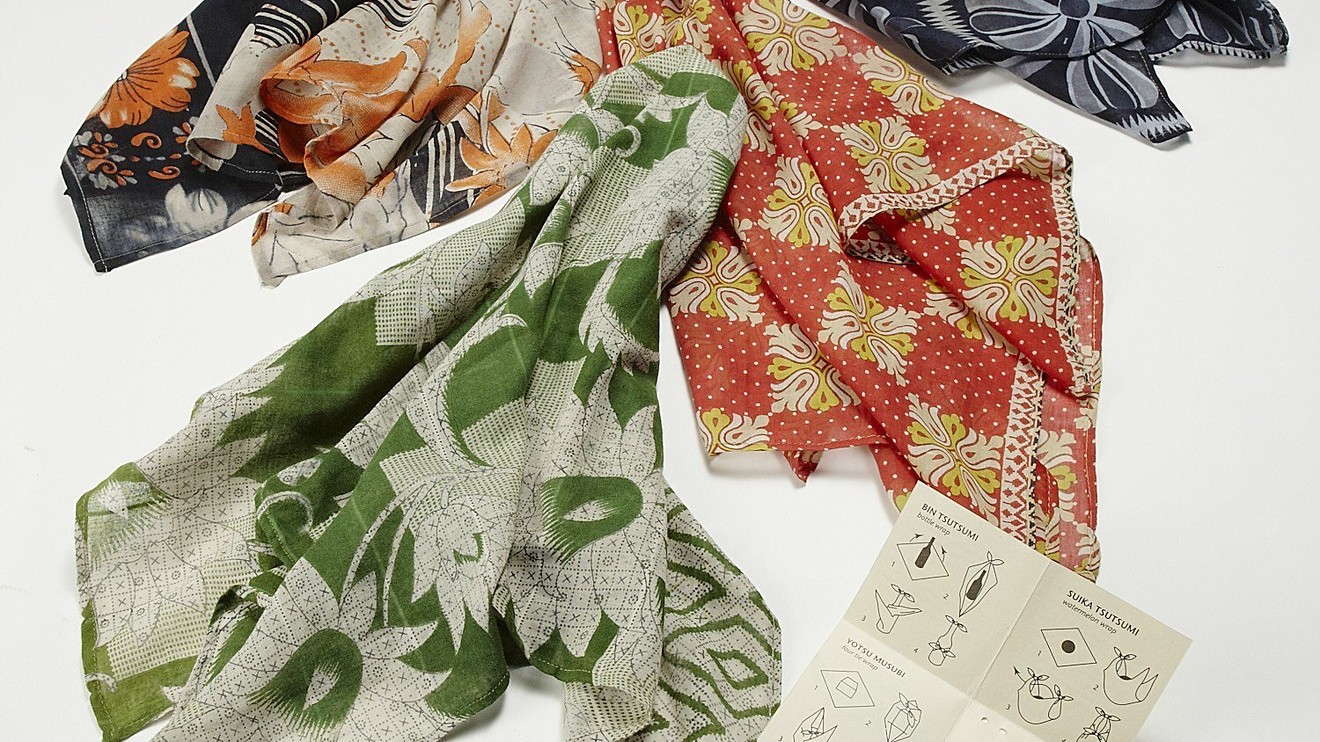 Growing unease about waste has some Americans rethinking wrapping paper.

Gift wrap is still a huge business. U.S. sales of wrapping paper climbed 4% to $8.14 billion last year, according to a recent report by Sundale Research. But sales of reusable gift bags rose faster, the company said. Sundale said it’s also closely watching green trends — like furoshiki, the Japanese art of wrapping with fabric — because they could impact gift wrap sales in the coming years.

Marie Wood, a student at Northern Arizona University, started wrapping Christmas gifts in brown paper grocery bags a few years ago when she saw the bags piling up at home.

“It wasn’t consciously around environmentalism, but a good way to use these bags that aren’t going to get used otherwise,” she said.

Now that her parents carry reusable bags to the grocery, the pile is getting smaller. Wood says she might switch to fabric wrapping that she can reuse each year.

“I want to change the disposable nature of my wrapping,” she said.

Gift wrap companies are taking notice. IG Design Group, a United Kingdom-based maker of stationery and wrapping paper, said earlier this year that it removed glitter from its paper because it’s not recyclable.

Paper Source, a Chicago-based chain, introduced a recyclable wrapping paper made out of crushed marble and limestone that uses less water to produce than regular paper. A limited release of the paper sold out before the holidays last year. This year, about one-third of Paper Source’s holiday wrapping papers will be stone-based.

“Our customer is more aware of sustainability and their carbon footprint,” said Patrick Priore, the chief marketing officer for Paper Source. “We would be foolish not to go in that area.”

Here are some wrapping and recycling ideas:

— Choose recyclable gift wrap. Papers that contain foil, plastic coating, cellophane and glitter are not recyclable, according to the American Forest and Paper Association. The association says a general rule of thumb is to crumple up the paper; if it stays in a tight ball, it’s paper-based and can be recycled. Kula, Hawaii-based Wrappily uses old printing presses to print designs on recyclable newsprint. A three-sheet set of its paper is $10. Hallmark sells a set of four rolls — 35.2 feet in total — for $14.99. Paper Source says its stone paper can be recycled; it costs $9.95 for a 10-foot roll.

— Go with gift bags. Westlake, Ohio-based American Greetings says gift bags now make up 30% of its wrapping business. They cost more upfront than many wrapping papers, but they’re easy to reuse; just cut off ribbon handles — which aren’t recyclable — if you’re putting paper gift bags in the recycling bin. Many sizes and varieties of gift bags are available at Etsy.com. Philadelphia-based VZ Wraps sells a set of three cotton wine bags for $13.59. Amazon has a set of five cotton bags for $23.95.

— Wrap with fabric. An ancient craft in Japan is gaining converts elsewhere. Ten Thousand Villages, a fair-trade retail chain, sells gift wrap made from saris that are recycled by artisans in Bangladesh. The company says sales have been growing steadily since the wraps were introduced in 2013; so far this year, sales are up 20% over 2018. The 26-square-inch wrap, which comes with instructions, sells for $12.99. Or go even simpler; wrap a gift in a pillowcase or a T-shirt.

— Recycle it all. New Jersey-based recycling company TerraCycle promises to recycle everything — including ribbons, bows, tissue paper and wrapping paper with glitter — in its Gift Zero Waste Box. The company sends customers an empty box with a paid return label; once it’s full of gift wrap, customers send it back. TerraCycle says it has processes for even hard-to-recycle products like ribbon, which it uses for insulation or melts into plastic pellets. The company says a medium box is the most popular size for family gatherings; it costs $147.

Don’t miss: These are the world’s best gifts to give, according to science

And: How to give the gift of a college education

Plus more from the MarketWatch series Gifts That Pay Off