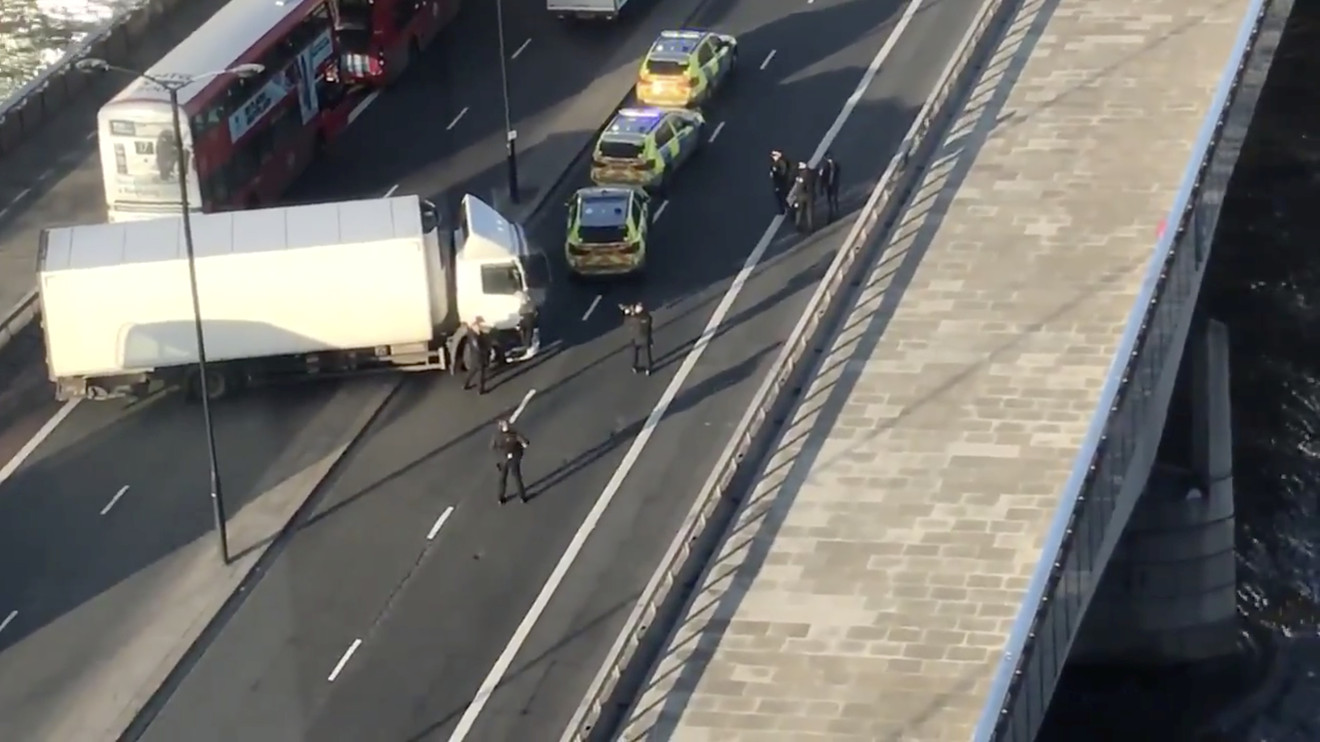 Several people were stabbed and one man was shot by police officers in a major incident in a busy part of central London Friday afternoon.

Police said they are currently “responding to the incident as though it is terrorism-related” although they also cautioned there is a lot of uncertainty.

At this stage, the circumstances relating to the incident at #LondonBridge remain unclear. However, as a precaution, we are currently responding to this incident as though it is terror-related.

One man has been shot by police. We will provide further information when possible.

Police said a number of people were injured and that officers had shot the man during the incident near London Bridge which happened just after lunchtime.

The area, which is a busy tourist destination and close to many office buildings, was on lockdown following the incident as dozens of armed police and emergency vehicles flooded the area. Pedestrians were seen running across the bridge as the incident unfolded. Buses on the bridge were at a standstill and trains were not stopping at London Bridge station.

The Metropolitan Police said that officers were called to a stabbing at a premises near London Bridge at 1:58pm. Emergency services, including ambulances also attended the incident.

A coach driver, who was forced to abandon his bus on London Bridge, told MarketWatch: “I heard shots, and then a passenger pointed out someone on the floor.”

Another eyewitness also reported having heard shots and moving quickly away from the bridge, while another was forced by police to leave his car.

The area around the Shard, London’s tallest building, has been evacuated by police as officers shouted at the public to move away and down toward London Bridge Station.

The station, too, has been completely evacuated.

We are aware of an incident at #LondonBridge and are assisting our colleagues at @metpoliceuk.

London Bridge station is currently closed and trains are none stopping.

The incident took place in the same area that was hit by a terror attack in June 2017 when three men drove a van into pedestrians on the bridge. The men, who were inspired by Islamic State, then went on a stabbing rampage before all three were shot dead by London police officers. Eight people died and 48 were injured in that incident.