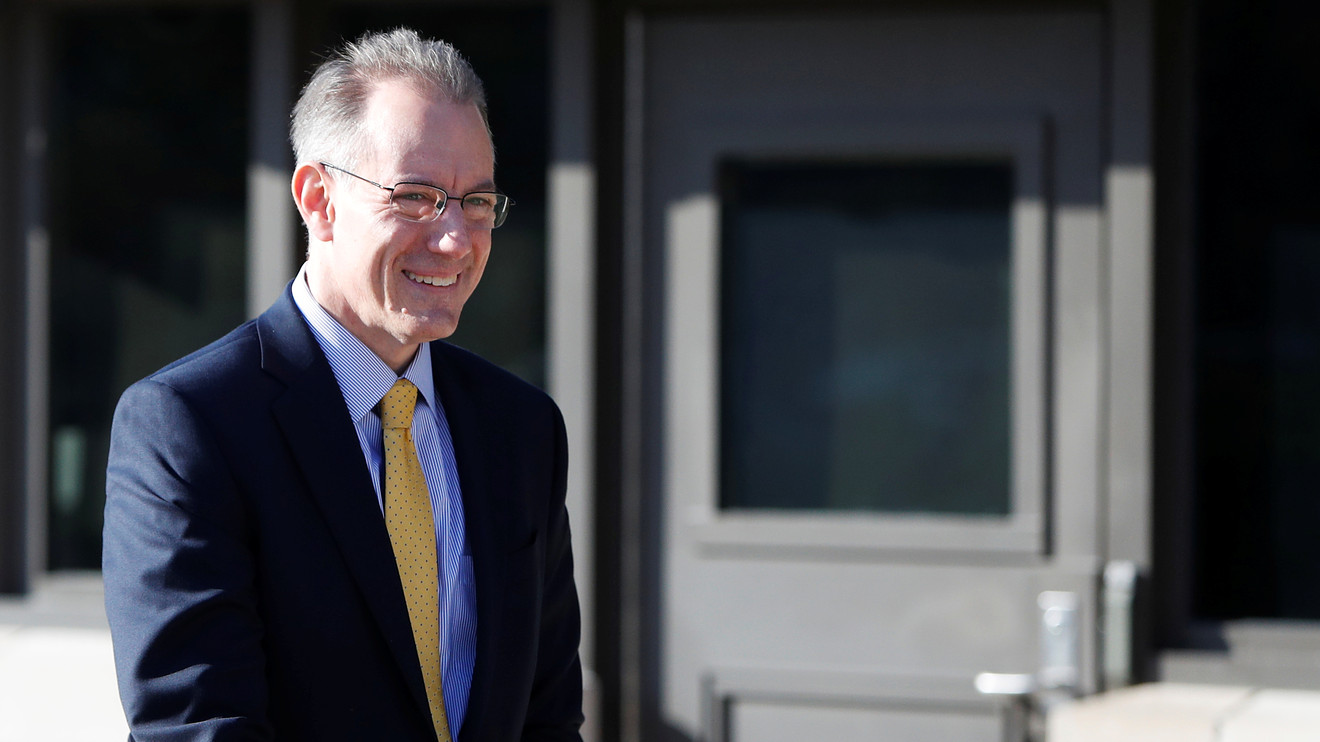 WASHINGTON — A top White House budget official tasked with freezing security aid to Ukraine raised legal concerns about the hold before another official assumed responsibility for the funds, according to the transcript of his testimony to impeachment investigators released Tuesday.

Mark Sandy, the deputy associate director for national-security programs at the Office of Management and Budget, told House investigators that he flagged concerns to his boss at OMB that the hold could violate appropriations laws. Sandy, a career federal employee who signed the paperwork for the initial hold on the funds in July, said he wasn’t given a reason for the freeze until September, when he was told the hold was because of President Donald Trump’s desire to see other countries contribute more aid to Ukraine. That hold on funds is a central issue in the House impeachment inquiry into Trump’s dealings with Ukraine.

Michael Duffey, the associate director for national-security programs and a political appointee, took over the process for holding up the Ukraine aid on July 30, Sandy testified. Duffey began personally approving funds for foreign aid and defense accounts at OMB, a process that was typically overseen by career officials. Duffey told OMB staff he wanted to more closely track funds at OMB, Sandy said. The Ukraine aid was ultimately released in September. Duffey couldn’t be reached for immediate comment.

The Wall Street Journal earlier reported that the White House gave a political appointee at OMB the power to keep the Ukraine aid on hold after career officials at the budget office began raising concerns about the legality of the freeze. Federal statutes tightly regulate the executive branch’s ability to delay or not spend money approved by Congress and signed into law.

Sandy also told investigators that two OMB officials who had expressed frustrations about the hold on the aid to Ukraine left the organization.