Home
Stocks
Cannabis Watch: Cannabis stocks boosted by expectations of a spike in spending on weed over holiday weekend
Prev Article Next Article
This post was originally published on this site 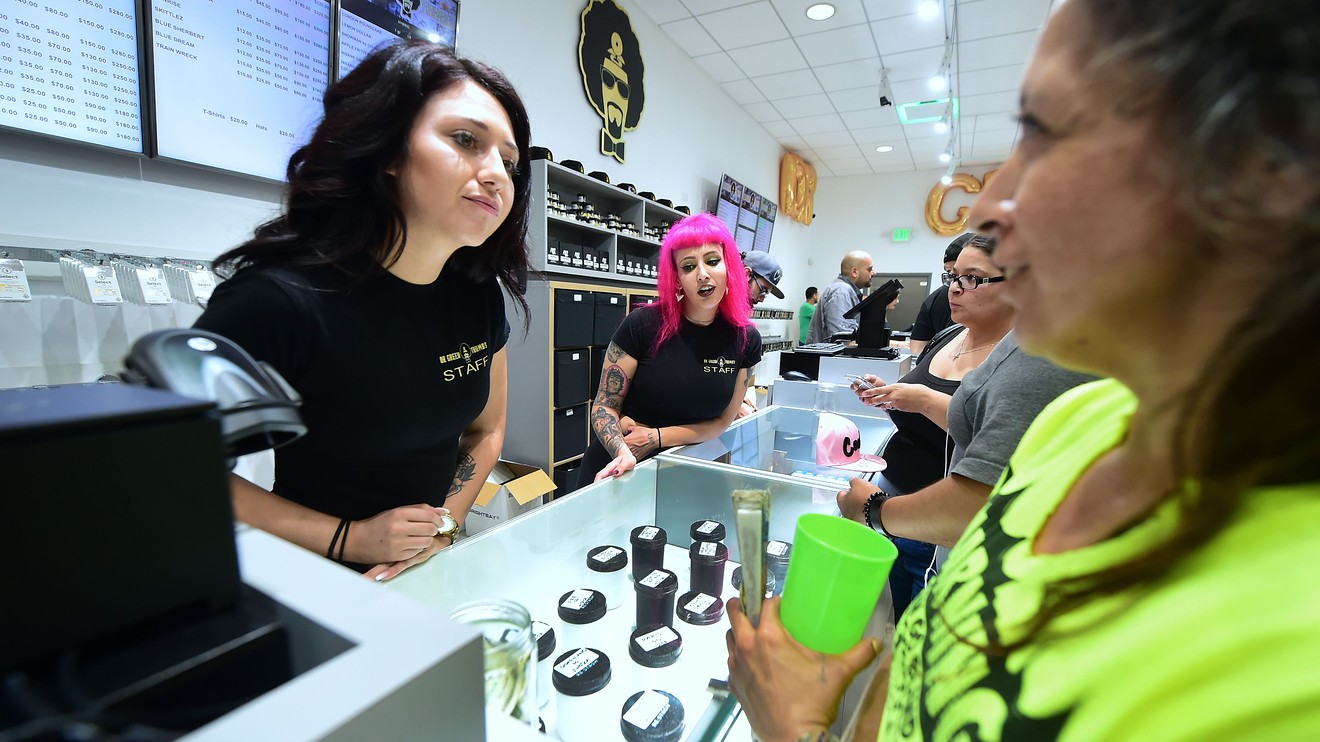 Cannabis stocks rose Wednesday to recover some of their prior-day losses, boosted by expectations for a steep rise in spending on cannabis over the Thanksgiving holiday period, one of the busier shopping periods of the year.

Data showed a sharp climb in cannabis sales on 2018’ s so-called “Green Wednesday,” the day before Thanksgiving, as well as on Black Friday, the day after the holiday, as Marijuana Business Daily reported. Data from cannabis research and analytics company Headset showed a 63% boost in spending on Green Wednesday last year, while Jane Technologies, an online marketplace, put the number at 62%.

The sector was hit hard Tuesday after the U.S. Food and Drug Administration warned that CBD can cause liver injury and other damage to the human body in comments that may upset the plans of some of the bigger names in the sector, including the big Canadian licensed producers.

Don’t miss: ‘CBD has the potential to harm you,’ FDA warns consumers

In updated guidance, the regulator warned that a lack of research into the substance, the non-intoxicating ingredient in the cannabis plant that is widely held to have health benefits, means it is unclear how it affects people who use it daily and who use different delivery systems, including topicals and creams. The FDA sent letters to 15 privately held companies for making health claims for their CBD products.

Rob DiPisa, co-chair of the Cannabis Law Group at law firm Cole Schotz, said some of those claims were “really crazy.” They included social media posts that touted the use of CBD in treating autism, cancer, Alzheimer’s disease, ADHD, and even one that implied CBD would help “brain-damaged babies.”

“It’s good to see the FDA putting it out there that this is wrong and I wouldn’t be surprised to see them broaden their attention beyond just health claims to include the risks from contaminants,” he said. “This industry is so far ahead of where the regulations are and the FDA needs to catch up.”

For companies who were hoping to launch lines of CBD-infused beverages and food in the near term, the news is a setback, as it seems to signal a longer time frame to rules, he said. But he welcomed a reference in the rules to “potential legislation,” a pathway that was mooted by former FDA Commissioner Scott Gottlieb, who said Congress might be able to create laws.

“That says to me that they’re not ruling it out,” he said. The FDA also said it continues to believe that clinical trials, the traditional route for new medicines, is the best way to ensure safety, although that would likely delay regulations for several years.

In individual company news, Canopy Growth CGC, +0.63% WEED, +1.08%  said its new portfolio of products for Cannabis 2.0, the name given to the launch of derivatives in Canada, will include chocolates, vape cartridges and pens and distilled cannabis drinks.

The company is developing a line of Tweed-branded drinks with 2 mg of THC per can, as well as Houseplant Grapefruit and Houseplant Lemon drinks that are part of a partnership with actor Seth Rogen and screenwriter and producer Evan Goldberg. Those drinks will contain 2.5 mg of THC per 355 mL can.

The company is also planning seltzer-like sparkling water products under the new brand Quatreau, that will contain 20 mg of CBD or 2 mg CBD and 2 mg THC per can. For consumers looking for a more potent drink, the company is developing a brand of mixers that will be packaged in 150 mln bottles using its propriety clear liquid cannabis. Canopy shares were up 1.2%.

In earnings news, Cresco Labs shares CRLBF, -3.11% CL, -2.35%  slid 2.9%, after the company reported revenue that fell short of expectations. The weed producer reported a third-quarter net loss of $8.6 million, versus net income of $1.2 million in the year-ago quarter. Cresco did not report a per-share earnings figure. Revenue rose to $36.2 million from $12.7 million a year ago. Analysts polled by FactSet expected sales of $37.9 million.

Cowen analysts led by Vivien Azer said the company should benefit from licenses it has attained in Chicago, ahead of full adult-use legalization in Illinois in 2020. “We expect that 2020 will be a transformative year,” she wrote in a note, reiterating her outperform rating on the stock.

MedMen shares MMNFF, -11.58%  slid 10.9%, after its sales numbers also fell short of estimates. The retailer posted a loss of $31.5 million for its fiscal first quarter, which amounts to 16 cents a share, versus $12.5 million, or 27 cents a share in the year-ago quarter. Revenue rose to $44 million from $21.5 million a year ago. Analysts polled by FactSet had modeled sales of $47.9 million.

Cowen’s Azer said the report was disappointing, especially compared with its peers.

“MedMen delivered only 6% QoQ retail growth, which was entirely driven by California, as sales outside of CA in retail were flat, while the nascent wholesale business saw its sales decline 17% sequentially, despite having only launched the segment four quarters ago,” she wrote, reiterating an underperform rating on the stock.