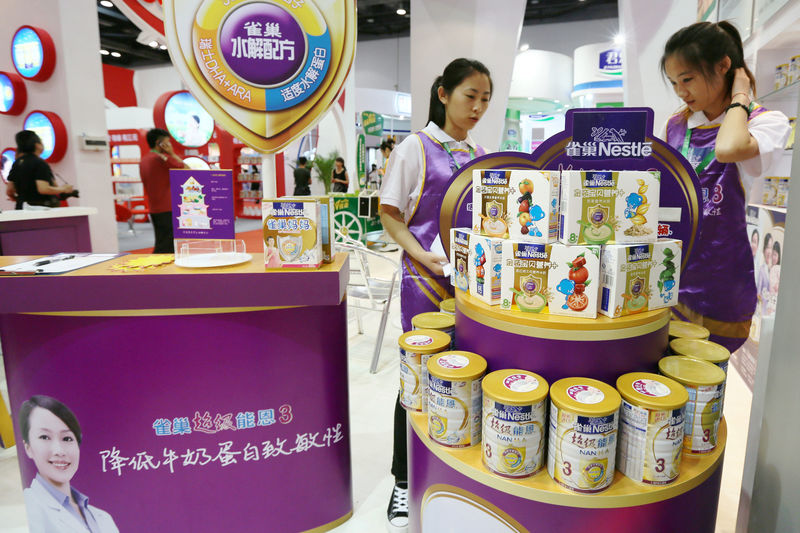 By Brenda Goh and Josh Horwitz

The Chinese e-commerce giant’s annual Singles’ Day shopping blitz on Monday brought in a record 268.4 billion yuan ($38.38 billion) in sales, more than six times the amount of online sales made in the United States on Black Friday last year.

It kicked off this year’s 24-hour shopping bonanza with a live performance by U.S. pop star Taylor Swift followed by the live-streamed marketing of over 1,000 brands.

Food supplements were the most popular import product, while sales of makeup, diapers and face wash were also strong.

Sales growth for the annual shopping festival this year eased to 26%, the weakest since the event started in 2009, in a reflection of how e-commerce sales in China have been slowing.

Analysts, however, said the growth rate had slightly beaten their expectations, saying that more aggressive promotions, a focus on attracting more customers from rural cities, and even the overall slowing economy might have helped as people sought to buy goods at discounted prices.

Citic Securities had predicted a 20-25% expansion, while Daiwa Capital Markets had an estimate of 23%.

“What’s happened is that you’ve had a lot of consumers this year being a little bit more careful about their purchasing because the economy’s slowing down,” said Ben Cavender, managing director of consultancy China Market Research Group.

“I think this year especially, people were kind of waiting for Singles’ Day and kind of waiting to make some of those medium-sized purchases that they didn’t want to pay full price for.”

Liu Xingliang, internet analyst at DCCI Data Center, who was among guests invited to Alibaba’s headquarters on the day of the event, said the firm’s efforts to reach smaller, lower-tier cities with real bargains played a significant role.

“I saw them selling electronic tooth brushes at 9.9 yuan ($1.42), and 65-inch TV sets at 1,800 yuan ($257.36). People in lower-tier cities and towns can afford these products and in fact, they like big TVs more than city people, because they usually have larger houses.”