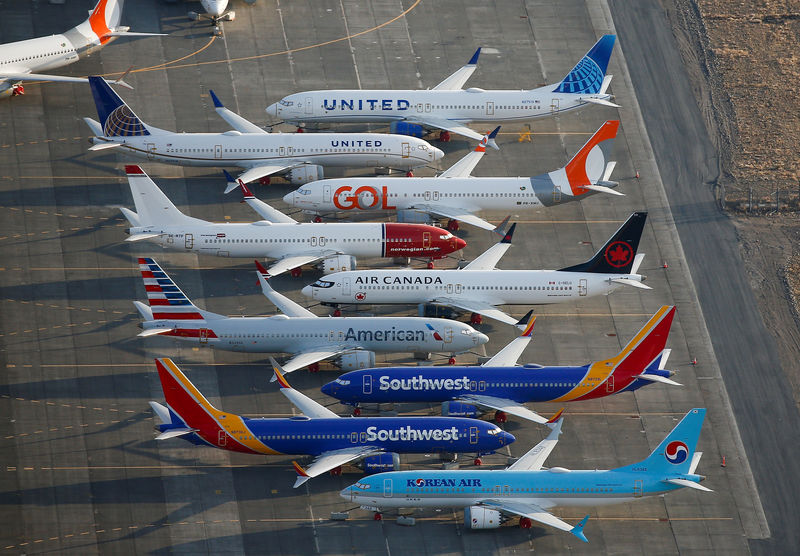 Net orders so far this year came to just 45 at the end of October, down from 56 in September, further widening the gap on sales this year with the company’s European rival Airbus SE (PA:) which has now sold nearly 500 more planes.

Air Lease, which had 135 outstanding orders for the 737 MAX as of October, down from 150 orders in September, has said the conversion reflected greater demand from airline customers for the 787 in future years.

Though several airlines have taken the MAX out of their flying schedule till March next year, Boeing on Monday indicated it expects U.S. regulators to approve the return to commercial service of the jet in the coming weeks, allowing it to possibly begin deliveries of the grounded planes next month.

Boeing’s orders and deliveries have lagged Airbus this year due to the prolonged grounding of its best-selling MAX jets following two fatal crashes that have killed hundreds of people.

To cope with the fallout after the grounding, Boeing has slowed production to 42 MAX jets per month from 52 earlier, causing the planemaker to take billions of dollars in charges.

Boeing deliveries totaled 321 aircraft in the 10 months through October, compared with 625 aircraft delivered a year earlier.