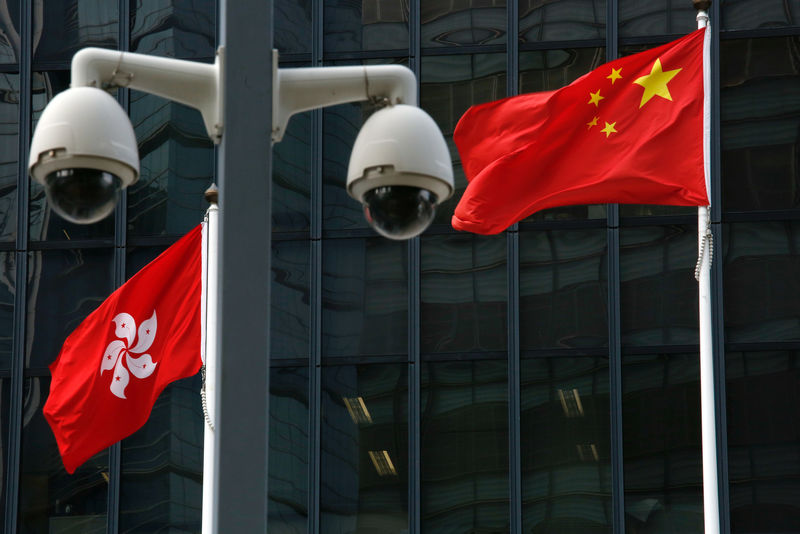 Investing.com — The escalation of violence in Hong Kong over the weekend has cast a pall over European stock markets on Monday, reinforcing a “risk-off” move that was already underway thanks to comments from the U.S. playing down the chances of a mutual reduction in import tariffs with China.

By 5:15 AM ET (1015 GMT), it seemed that the setback on trade counted for more than the use of live ammunition by police against protesters: mining stocks in the lost between 2% and 3.2%, while the western luxury groups to whom Hong Kong’s retail sales matter so much were down, mostly, by less than 1%.

Antofagasta (LON:), Glencore (LON:), Rio Tinto (LON:) and Anglo American (LON:) were all lower by over 2%, as was BHP Billiton (LON:), which appeared to gain no benefit from spelling out its commitment to oil production for the next couple of decades at a time when it’s increasingly under pressure from activist shareholders to reduce its exposure to Climate Change risk.

The violence in Hong Kong had more of an effect on U.K.-listed stocks than on others logically exposed to the same risk. HSBC (LON:) and Standard Chartered (LON:) fell 2.4% and 2.0% respectively, while Burberry (LON:) was the biggest loser among European luxury names, falling 2.4%.

By contrast, Hermes International (PA:) and the two big French spirits houses Remy Cointreau (PA:) and Pernod Ricard (PA:) were all in positive territory – the latter as a result of rising hopes U.S. tariffs won’t materialize. Even Cartier owner Richemont (SIX:), which last week reported a large impact on its quarterly sales from the trouble in Hong Kong, was only down 1.4%.

More broadly, the benchmark index was down 0.2% at 404.48, while the U.K. underperformed with a loss of 0.6% and the German fell 0.4%. Spain’s also fell 0.3% after the fourth election in as many years failed again to produce a clear path to a majority government. Bank stocks Santander (MC:), Caixabank (MC:) and BBVA (MC:) were among the biggest losers.

The upsurge in violence had earlier sent the stock index down 2.6%, its biggest one-day fall in over three months, with property stocks among the hardest hit. Volatility there threatens to affect the valuation that Alibaba (NYSE:) could get in its mooted $10-$15 billion secondary offering.

More relevantly for western investors, the violence threatens to complicate the trade talks between the U.S. and China, as any sign of violent repression would make it harder for the U.S. to make trade concessions without also damaging its self-image as leader of the free world. Both President Donald Trump and Commerce Secretary Wilbur Ross have pointed to Hong Kong as one of the factors influencing their thinking in the trade dispute.