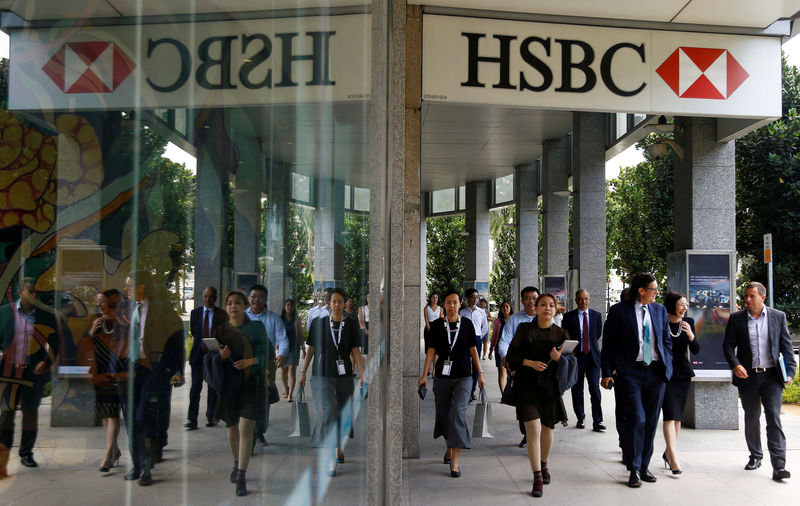 By Iain Withers and Sinead Cruise

LONDON (Reuters) – British banking heavyweights HSBC (L:) and RBS (L:) are launching new digital banking platforms, as competition for digitally savvy customers steps up in the face of a wave of online startups.

HSBC rolled out a new app-based business banking service – previously known internally as ‘Project Iceberg’ and now named ‘HSBC Kinetic’ – in beta testing mode on Monday, while RBS is putting the finishing touches to its new digital bank Bo ahead of a public roll-out later this month.

Britain’s high street lenders are investing billions of pounds in new or refreshed digital services to meet growing customer demand. But they are playing catch-up when it comes to matching the technology of fast-growing startups like Monzo, Starling and Tandem.

Peter McIntyre, head of UK small business banking for HSBC, said the bank hoped to sign up hundreds of thousands of customers to Kinetic and to roll it out to other countries where HSBC operates.

The service has been developed by around 150 staff in London working away from HSBC’s Canary Wharf corporate headquarters.

McIntyre said he was undeterred by launching Kinetic in choppy economic conditions in Britain, with recent official data showing company insolvencies hit a five and a half-year high in the third quarter this year.

“I think this is the best time to do it, to bring more financial insight to customers at a difficult time,” he said.

A full launch of the service, which links into HSBC’s existing back-end banking system, is expected in the first half of next year.

RBS’s standalone bank Bo is preparing for a public launch this month from offices in London’s West End.

The Bo app is designed to encourage customers to budget and save better, alerting them if they overspend.

RBS hopes it will bring in lower cost deposits than the bank’s main retail brands as it is built on a leaner banking platform, with an estimated cost per consumer of 80 pounds a year, rather than 150-200 pounds at RBS.