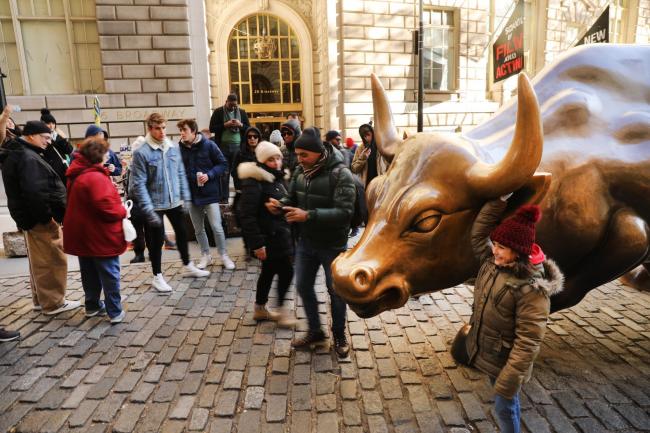 The Jones Industrial Average, Standard & Poor’s 500 Index and other market indices are of course imperfect economic indicators. They reflect investors’ beliefs about how well publicly traded corporations are doing and will do in the future, not necessarily the reality of how publicly traded corporations are doing — or of how well the rest of us are doing. The indices most cited in the media also mainly reflect the fortunes of the largest corporations; even as the Dow and S&P 500 have been setting new records lately, the small-cap is down 9% from its peak in August 2018.

Still, the advantage of the S&P 500 as a performance indicator is that it is (1) frequently updated, (2) available back to 1926(1) and (3) not subject to measurement error in the way that, say, the unemployment rate or GDP are. Investors might turn out be wrong, but the index itself simply is what it is.

So here’s the total return on the S&P 500, adjusted for inflation, for the first three years after the initial election of every president since Herbert Hoover:

Some prefer to track stock market performance from Inauguration Day, and CNN has a handy online tracker that already does this for Trump and the last few presidents. Trump argues that one should measure from Election Day, and while he surely does so mainly because it makes him look better, he also happens to be right. Market indices are forward-looking metrics, and were already reflecting investors’ opinions on a Trump presidency on Nov. 9, 2016.

Using this approach left the question of how to measure performance under Harry Truman and Lyndon Johnson, who took office after the deaths of their predecessors and were subsequently elected. I decided to go with performance from Election Day, but I think the other approach would be equally valid. As for Gerald Ford, he was neither elected nor served for three years, so there was no place for him in this ranking.

Total return measures how much an investment in the companies in the S&P 500 Index would grow if dividends were reinvested in those companies as they were paid out. Dividends were a much bigger part of investor returns before World War II, and even before the 1990s, so any comparison that excludes them overstates market performance under recent presidents. Any comparison that ignores inflation, meanwhile, understates the awfulness of the 1970s stock market and overstates the goodness of the 1980s market.

Stock market performance in first three years since Trump’s election, then, ranks fourth among the 14 elected presidents since Herbert Hoover. That’s pretty good! It’s worth noting, though, that there’s not a whole lot separating him from John F. Kennedy, Bill Clinton and George H.W. Bush. A bad week or two, and he could easily fall to eighth place. On the other hand, falling to ninth would take some work, as would catching up to Dwight Eisenhower for third. Put into letter grades, I’d give the market’s performance since Trump’s election a solid B.

What really stands out from this list is how great the 1950s were for stock market investors. The three-year return was higher for Franklin Roosevelt than for Eisenhower and Harry Truman, but prices had just fallen 80% in the four years before he was elected, and they began falling again in 1937. The 1950s bull market, the great market chronicler John Brooks wrote in 1958, “was by practically any statistical standard the greatest boom on record.” If you go by total return and adjust for inflation, perhaps it still is.

(1) That’s when Standard Statistics started the daily market index that was the precursor to the S&P 500. Yale economist Robert Shiller has constructed a monthly S&P 500 Index going back to 1871, and it is thus possible to construct rough estimates of total return going back to the Rutherford Hayes presidency, but it would take a lot more work on what is a borderline-silly exercise already, so …