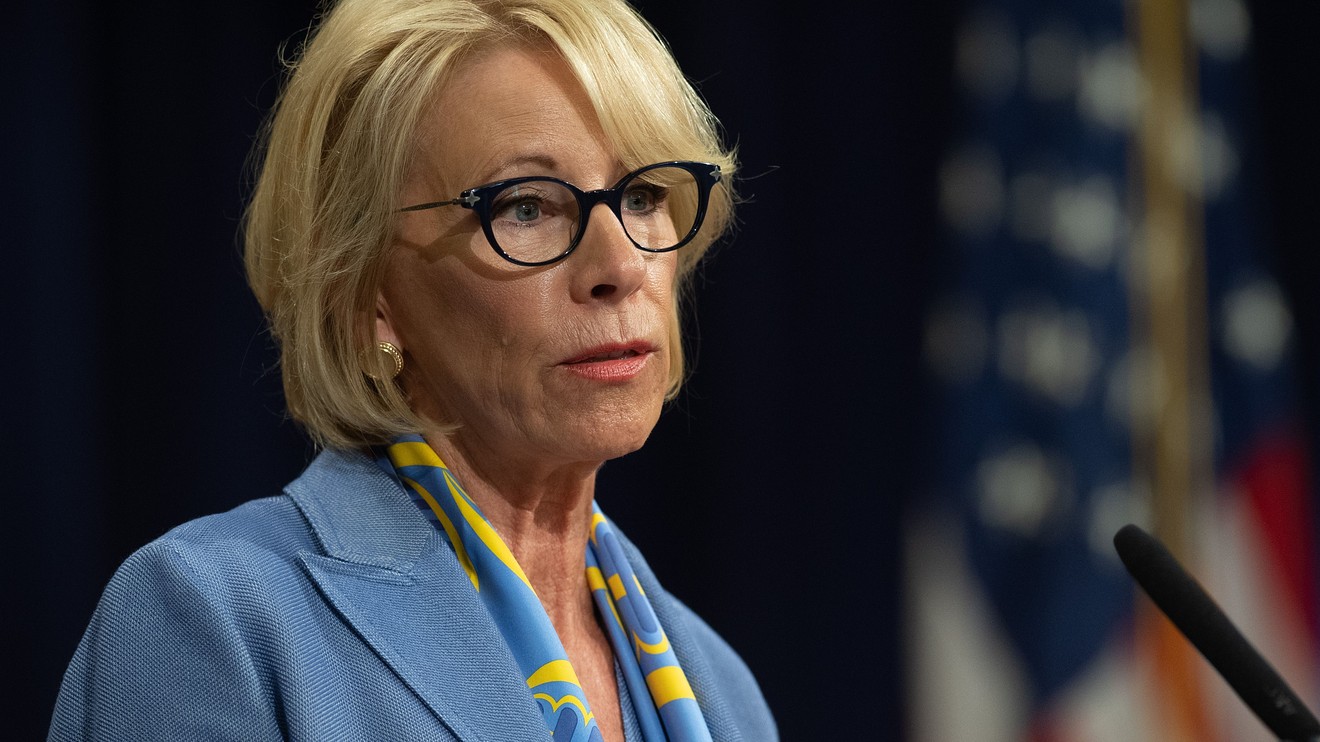 More than 1,500 former students at two shuttered schools are getting a fresh start on their finances after the U.S. Department of Education said it will void their student loans.

The department will cancel approximately 4,000 loans for ex-students at the Art Institute of Colorado and the Illinois Institute of Art, amid scrutiny from a Congressional committee and a class-action lawsuit alleging the department wrongfully let the schools operate after losing their accreditation.

Overall, the cancelled loans are worth $10.8 million , the Education Department said. Another 285 borrowers could qualify for a discharge, in which case the overall loan cancellation could be $16.1 million.

“By canceling these students’ loans and restoring their Pell eligibility, as well as extending the closed school discharge period, we hope that these impacted students will now have the tools and resources they need to complete their education,” Secretary of Education Betsy DeVos said in a statement.

The other 285 borrowers could have their loans discharged under a rule that allows loan forgiveness at closed schools, the Education Department said.

The loan cancellation is a bright spot in a tangled tale that allegedly left many students burdened with debts and degrees from unaccredited schools.

It’s also the latest fallout from a series of college chains that have imploded. In 2015, Corinthian Colleges filed for bankruptcy, ITT Educational Services went under a year later and the Education Corporation of America closed in late 2018.

According to a lawsuit, an outside accrediting organization revoked the accreditation for the Art Institute of Colorado and the Illinois Institute of Art as of January 2018. Meanwhile, students were allegedly kept in the dark.

In the wake of Dream Center’s collapse, Congressman Bobby Scott, a Democrat from Virginia and chairman of the House Committee on Education and Labor, raised question over the Education Department’s actions.

Scott wrote to DeVos last month, noting schools without full accreditation can’t receive federal student aid, but the two schools still doled out the nearly $11 million between January 2018 and May 2018.

The same month, the former Art Institute of Colorado and Illinois Institute of Art students sued the Education Department. They claimed various legal violations and asked for a discharge of all the student loan debt incurred since January 2018, when the schools lost their accreditation. The plaintiffs had debts between $3,650 and $11,320, according to the lawsuit filed in Washington D.C. federal court.

In her statement Friday, DeVos faulted an outside accrediting organization for its handling of the schools and said her department was “committed to holding institutions and accreditors accountable to the students they serve. In this instance, students were failed and deserve to be made whole.”

The students’ attorney, Eric Rothschild of the National Student Legal Defense Network, said the Education Department bowed to the combined pressure of the lawsuit and the glare from congressional lawmakers. The department still deserved scrutiny and the loan cancellation didn’t necessarily spell the end of the lawsuit, he said.

Rothschild, litigation director at the organization defending borrowers, said his clients were “thrilled, not only not to have debt hanging over them. … They feel greatly vindicated as students willing to step out and say this isn’t right.”

“It’s hard to overstate how destabilizing it’s been for these students, “ he said, adding that department officials never told him about their plans to forgive the debt.

Education Department spokeswoman Angela Morabito said Friday’s actions were “about making whole again the borrowers who were harmed. Speculation about some sort of hidden motivation here is just that – speculation. The action taken by the Department should come as no surprise, given Secretary DeVos’ longstanding commitment to holding institutions and accreditors accountable to the students they serve.”