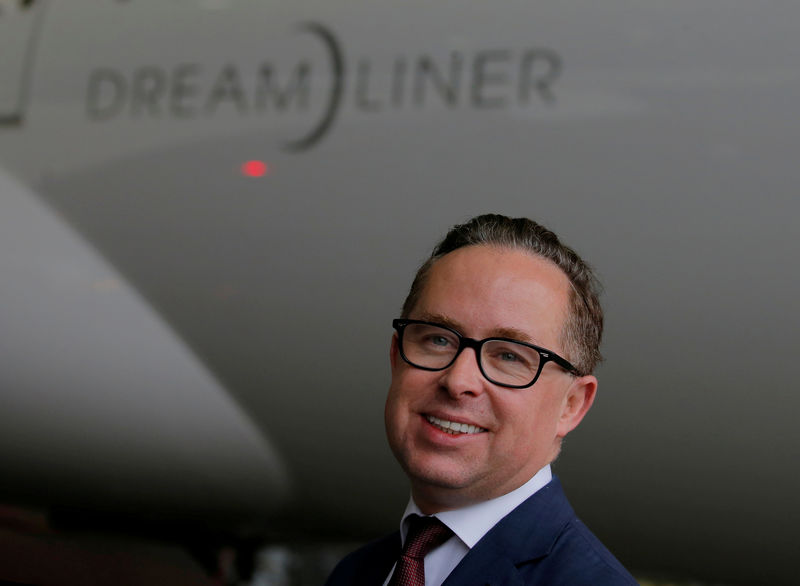 (Reuters) – Qantas Airways (AX:) pledged on Monday to slash its carbon emissions to net zero by 2050, which it said would make it only the second airline to do so, as a global push to combat climate change gathered momentum.

Australia’s national carrier said it was looking to cap net emissions at 2020 levels and will invest A$50 million ($34.3 million) over 10 years to develop sustainable fuel.

This can lower carbon emissions by 80% compared with traditional jet fuel, it said.

“We’re effectively doubling our carbon offsetting program from today and we’re capping our net emissions across Qantas and Jetstar from 2020 so that all new flying will be carbon neutral,” Joyce said.

The aviation industry has come under increasing pressure this year from a movement led by activists such as teenager Greta Thunberg which has called for greater action against climate change, including ditching air travel.

Companies are finding it harder to ignore growing scrutiny of their climate change policies by investors.

Fund managers, pension funds, sovereign wealth funds and others are showing greater care when investing in companies, and have started limiting exposure to oil, gas and coal stocks.

In coordination with global lobby the International Air Transport Association, which represents nearly 300 airlines, the aviation industry is launching a campaign it hopes will counter a ‘flight shaming’ movement.

That movement has gained momentum as travelers become increasingly concerned about their environmental impact.

The aviation industry has already cut carbon emissions from each plane traveler in half since 1990, largely thanks to more fuel-efficient aircraft.