Home
Stocks
Upgrade: She’s 63 and living by the beach in Mexico on $1,000 a month: ‘I can’t imagine living in the U.S. again’
Prev Article Next Article

Janet Blaser knows a thing or two about reinvention.

Once a food and restaurant writer in Santa Cruz, Calif., the now-63-year-old struggled to find work roughly a decade ago as journalism increasingly moved online. She lost one beloved job, got her hours cut at another, and ended up working odd jobs, including one in human resources at an amusement park.

With little savings and a low salary, the single mother of three struggled — even as she watched friends buy million-dollar homes and pricey cars. “I constantly felt like I wasn’t ‘enough’ and didn’t have ‘enough,’ ” she writes in her new book, “Why We Left,” which profiles 27 expats in Mexico.

Also see: How this couple retired to Spain’s gorgeous Andalusia region on $40,000 a year —and you can too

A trip to Mazatlán, Mexico — a colorful resort town on the Pacific coast — changed the course of her life. “I fell in love, I felt this heart connection somehow — there were beautiful old buildings, cobblestone streets, plazas with wrought iron and the beautiful glittering Pacific Ocean, warm and swimmable,” she tells MarketWatch. “It just felt deeply healing, friendly and welcoming.” Plus, she saw the interesting cultural, outdoors and foodie offerings of the town and its abundance of English-speaking expats and tourists, and realized that there was almost no information in English about Mazatlán’s many goings-on. It sparked an idea: that she could use her journalism experience to create an English-language magazine about Mazatlán and its cultural happenings. 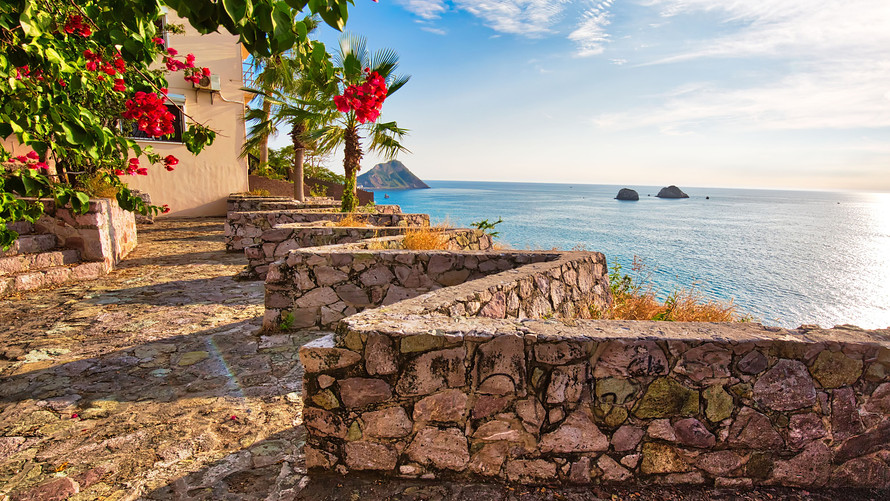 Panoramic view of the Mazatlán shoreline.

And so, though the surfing enthusiast initially considered moving to New Orleans, off to Mazatlán she went, by herself, in 2006 — her Toyota Echo packed to the gills. The trip took about four days, and it wasn’t absent self-doubt: She called each of her three children, who by that time were adults, sobbing, wondering if she was making a huge mistake. But she knew that staying in Santa Cruz would leave her scrambling for every dollar, unsure of her future, and she was ready for a new life — and a new journalistic endeavor. (Plus, she jokes, “I wanted warmer weather and a warmer [expanse of] ocean that I could swim and play in.”)

She spent the first year in Mazatlán living on what she was paid for part-time editing work she did online and some savings (Janet lives on about $1,000 a month), while she explored how to start that local arts-and-entertainment magazine. M! Magazine launched in 2007 — filled with restaurant reviews, profiles, and advice on what to do and see — and Janet owned it for nine years.

Fast-forward more than a decade — during which time Janet also started a local organic farmers market — and, though Janet misses her kids and now three grandkids in the U.S., she reports she “can’t imagine living in the U.S. again” — in part because, she says, “I couldn’t afford to live in the States again” and that “the more easygoing Mexican lifestyle agrees” with her.

Also see: These Arizona retirees ‘couldn’t afford’ America — now they live their dream life on $2,000 a month in Ecuador

“It’s a very different vibe here that’s kind of hard to explain. It’s not about being retired, because I wasn’t that until a year ago. It’s just a different understanding of what’s important in life, and a more relaxed, live-and-let-live attitude. If something doesn’t get done today — there’s always tomorrow, or the next day. What’s the big deal?” she explains. Here’s what her life in Mazatlán is like, including the costs, residency issues, health care and more. 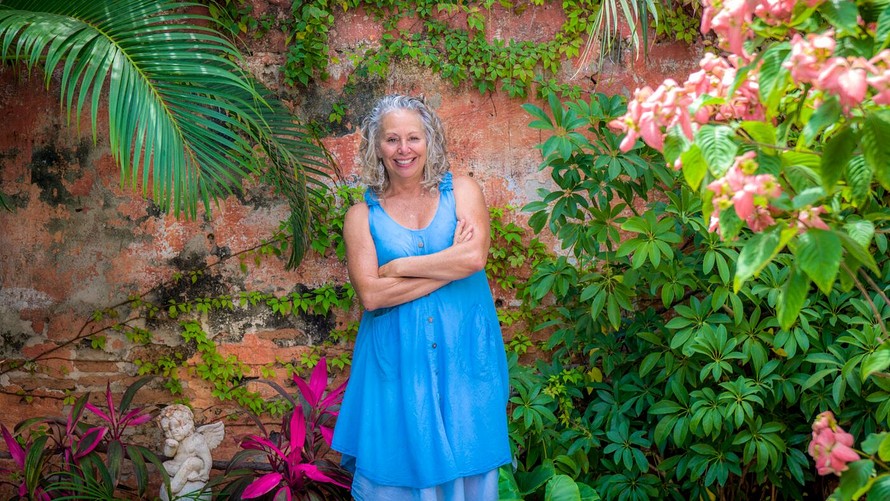 Costs: Janet says she lives on about $1,000 a month, with her biggest regular expenses being rent ($210 a month, including water and electricity, for a one-bedroom apartment), gas for her car ($100 to $150 a month) and food (groceries cost her about $250 a month). While produce is cheap, specialty items like fancy cheese or high-end pasta are a bit more than they might be in the U.S., she says. She likes going out to breakfast sometimes and pays about $6, including tip, for that; a fancy dinner might cost $18 or so, she says. She also pays about $22 a month for Wi-Fi for her apartment, and $18 for phone (she uses WhatsApp a lot, which is how we talked), and adds that entertainment is very cheap in the area. You can go to a movie for under $5, for example. She even has a vet who makes house calls ($15) and a bike-repair person who does the same ($10, plus parts).

One bigger, albeit irregular, expense is travel, as flying to the U.S. is pricey, she says. One hack: You can fly out of Culiacán, which is about 220 kilometers north of Mazatlán, to Tijuana and then walk across the border, she says.

Health care: Janet says she spends roughly $1,500 a year on health insurance through an international health-insurance company. Her deductible is $1,000, and she rarely meets that because routine health care in Mexico is inexpensive. She says she’ll spend about $30 on a doctor’s visit and can get appointments the same week and sometimes even the same day; a recent trip to get two dental crowns cost her $135 each. So far, she says she’s had a good experience with the health care in Mexico and highlights the two privately run hospitals in town as a perk.

Read: These retirees ditched their pricey life in Santa Cruz, Calif. — and now live on a lake in Mexico on $1,750 a month

Language hurdles: Though Janet had studied Spanish while living in the U.S., and “thought I knew what I was doing — that I’ve got this,” she quickly realized upon moving to Mexico that she wasn’t quite as close to fluent as she thought (and even today isn’t perfect). “I can carry on a conversation and make a phone call and order food to go and give directions, but I will never be completely fluent,” she says. The difference between now and then, though, is that “I’m not afraid to try. Even if I sound like a caveman, I’m not afraid — it’s a constantly humbling position,” she says, adding with a laugh that sometimes she still sounds like “a toddler.” 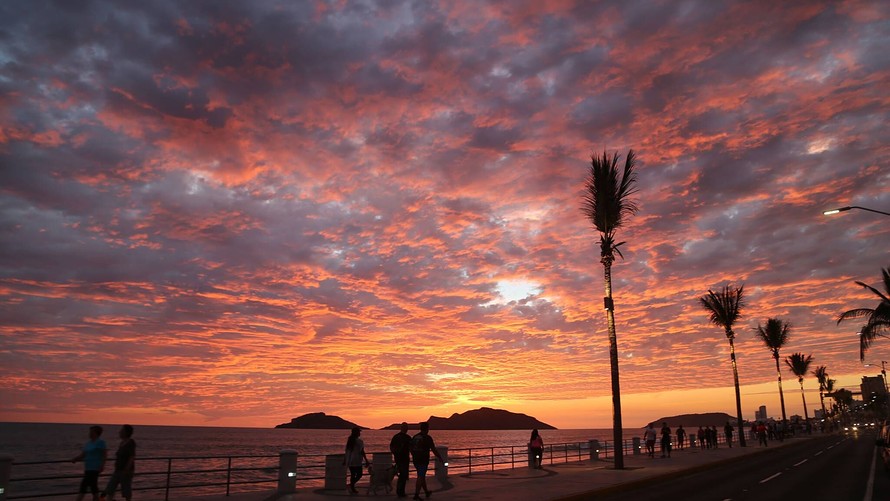 Residency: Janet says the process to secure permanent residency status was relatively easy for her more than a decade ago but notes that is has changed and is more complicated now, though still doable. Here are the details on Mexico residency.

Cons of living in Mexico: Janet fully admits that life in Mexico has some significant downsides. “There are issues in this country,” she writes in her new book. These include “extreme poverty in some parts,” she tells MarketWatch. On a more day-to-day front, Janet laments being unable to find the underwear and organic body products that she likes, and that she finds some store-bought products like kitchen utensils, towels and sheets to be of low quality.

Bottom line: “For all the challenges, I can’t imagine living in the U.S. anymore,” despite the pull of her grandkids and “the deep comfort of being around my adult children,” Janet writes in her book. “When I visit, it doesn’t feel like home anymore; I am indeed a visitor.” And, she tells MarketWatch, “I’m able to actually live a more simple life and be satisfied in a way I could never before in the U.S.”