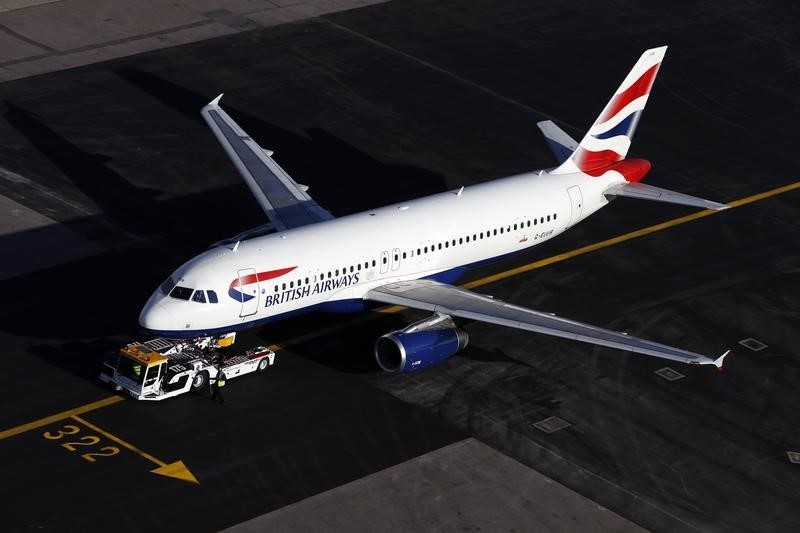 Investing.com — Shares in International Consolidated Airlines Group (LON:), which includes British Airways, Vueling, Iberia and Aer Lingus among its brands, should arguably be down this morning by more than they in fact are.

Ahead of an investor day Friday, the company cut its forecasts for per share earnings not just next year, but the two years after that as well, reflecting expectations that the group just won’t be expanding as quickly as it had thought. It had expected growth of 12% or more on average. Now it only expects 10%.

Whereas it had previously expected to be offering an average of 6% more in seat-kilometers every year between 2019 and 2023, it now expects only 3.4% average annual growth. Those figures don’t include any contribution from Air Europa, the Spanish-based airline it agreed to buy for 1 billion euros ($1.1 billion) at the start of this week.

But the 1.5% drop in the share price – barely underperforming a that was suffering from a trade-related reality check along with other European markets Friday morning – suggests investors aren’t panicking. And with reason.

Having fewer seats to fill is what airline investors have been praying for over the last year, as the trade war between the U.S. and China has hobbled European growth and left airlines furiously discounting to fill the planes that they ordered before the trade war erupted.

Nor has the rest of the sector taken the news badly, in contrast to some of the dire warnings that have punctuated this year. Concerns about overcapacity have eased in recent weeks after both Thomas Cook and French-based Aigle Azur went into liquidation, while Lufthansa (DE:) CEO Carsten Spohr quickly damped down speculation this week that he wanted to prop up an Alitalia that still has far too many planes and staff to be sustainably profitable.

True, much of an overoptimistic capacity expansion is being held back due to external circumstances: Ryanair (LON:) warned last week that it doesn’t expect its full quota of Boeing (NYSE:) 737 MAX planes to be operating until well into next year due to the delay in regulatory approval for them to start flying again.

But the sector has clearly turned a corner. Almost all of the year-to-date gains in EasyJet and Ryanair shares have come in the last month; the only two major names not to rise more than 10% in that time frame have been Wizz Air (LON:), which was already up 30% year-to-date by October, and Air France KLM (PA:), where the plans of new CEO Ben Smith disappointed some (IAG’s margin target of 12%-15% is well ahead of Smith’s 7%-8% range).