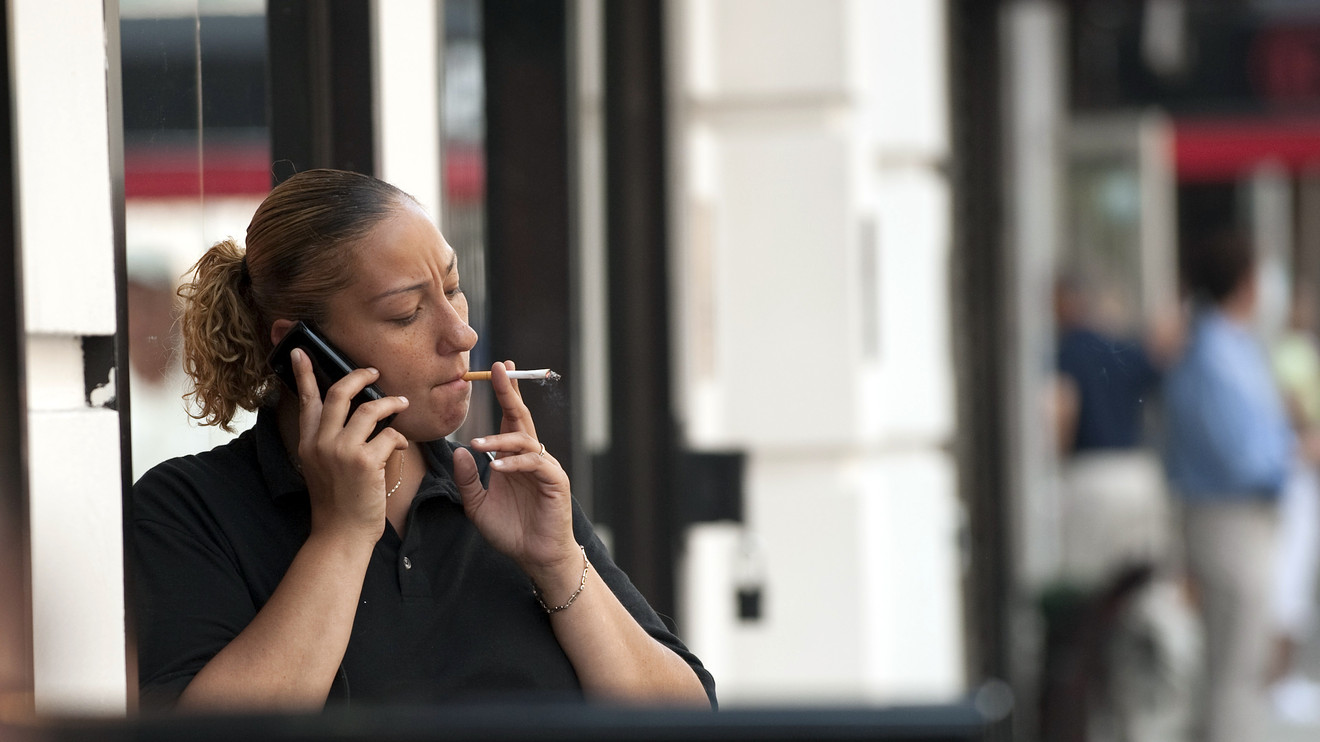 The research, published Wednesday in the peer-reviewed journal Psychological Medicine, found “strong evidence” to indicate that smoking was a risk factor for both depression and schizophrenia. In the other direction, some evidence also suggested that depression could raise individuals’ risk of smoking, though evidence of schizophrenia’s effect on smoking was more mixed.

Together, the results suggest “the association between smoking, schizophrenia and depression is due, at least in part, to a causal effect of smoking,” the authors wrote.

The study authors analyzed data from more than 462,000 European-ancestry people in the UK Biobank, a resource for researchers that follows the health of volunteer participants. The research employed a method called Mendelian randomization, which uses people’s genes as variables to explore cause and effect.

“Individuals with mental illness are often overlooked in our efforts to reduce smoking prevalence, leading to health inequalities,” lead study author Robyn Wootton, a senior research associate at the University of Bristol’s School of Psychological Science, said in a statement. “Our work shows that we should be making every effort to prevent smoking initiation and encourage smoking cessation because of the consequences to mental health as well as physical health.”

Selection bias posed one limitation to the study: UK Biobank participants are generally healthier, less likely to smoke and better educated than the average U.K. resident, the authors wrote.

A study by the same authors published in the British Journal of Psychiatry in September, also using Mendelian randomization, drew a causal link between smoking and developing bipolar disorder.

Meanwhile, a 2013 report from the Substance Abuse and Mental Health Services Administration estimated that while adults with mental illness or substance-use disorders accounted for under 25% of all adults, they smoked almost 40% of all the cigarettes adults had smoked.

The Centers for Disease Control and Prevention lists a range of policy interventions that have been floated to help such smokers quit, including mental-health facilities instituting smoke-free policies and counselors asking clients who use tobacco products whether they want to quit smoking during treatment for substance-use disorders.

A pack of cigarettes in 2017, state and federal taxes included, retailed between $4.62 (in Missouri) and $10.67 (in New York), according to the CDC. And the economic costs of being a smoker can be staggering: A WalletHub survey this year that took into account out-of-pocket costs, financial opportunity costs, health-care costs and income losses found that the cost per smoker over a lifetime ranged from about $1.4 million (in Georgia) to nearly $2.9 million (in Connecticut).

Cigarette smoking is responsible for almost one in five deaths in the U.S. every year, according to the CDC. It is the No. 1 risk factor for most lung-cancer cases, heightens the risk of cardiovascular disease and can also impact fertility and bone health, among many other health risks.