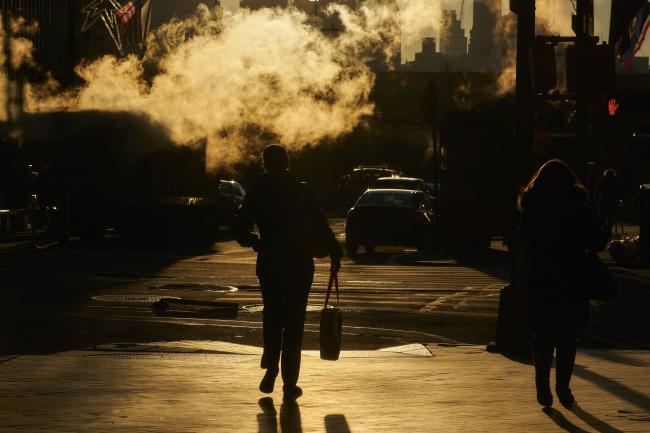 (Bloomberg) — No sooner had vilified value stocks started to shrug off a decade-long bout of underperformance, than investors began to fear what such a shift in market dynamics might really mean.

The recent rally in value shares over momentum is among the biggest since 2002, according to Wells Fargo (NYSE:) & Co. A sustained move in that direction — representing a radical change in a market cycle that has lasted more than a decade — would be an ominous occurrence for markets even if only a mild economic downturn followed, according to Doug Ramsey, the chief investment officer at Leuthold Group LLC.

“Times of major leadership change coincide with major market inflection points far more often than chance alone,” he wrote in a research note dated Nov. 5. “If the rotation here accelerates, we’d be surprised if the market didn’t suffer at least a short-term setback.”

Citigroup Inc (NYSE:). – which has been a skeptic of the rebound – has warned that some stocks may be value traps, notably among financials, analysts including chief global equity strategist Robert Buckland wrote in a research note dated Nov. 4. They don’t recommend chasing the rally in banks.

However, firms including Bank of America Corp (NYSE:). and Societe Generale (PA:) SA are bullish on the factor. Some investors that have been on the wrong side of the trade are coming back to the table. And quant investing pioneer Clifford Asness, founder of AQR Capital Management, weighed in with a blog post Nov. 7.

“If you believe, as we do, that value is a good long-term strategy, and an important part (not all) of an investment process, we would recommend a modest extra amount of value than the norm,” Asness wrote, adding that the trade had been a money-loser for the company for the last two years. “To the skeptics we would ask ‘If not now, when?’”

But many fund managers remain unconvinced. Crowding means that many stocks traditionally associated with the trade don’t even look that cheap any more, according to Sunny Ng, a multi-asset portfolio manager at PineBridge Investments LLC in Hong Kong.

“We’re playing it much more sector-wise than style-wise,” he said. “What you’re getting in value is a mixed bag.”

A preference for stocks that are trading on lower multiples, far from being a sign of bullishness, may still reflect worry that equities will suffer in the event of a recession, according to Olivier D’Assier, head of applied research for Asia-Pacific at Qontigo GmbH in Singapore.

A sustained rebound for value “would require not only a recovery in investors’ preference for risk but also the development of a reflationary environment,” Masanari Takada, cross-asset strategist at Nomura, wrote in a note to clients on Friday. So far, he said, there are only signs of a gradual recovery.

And there’s another strike against value: Warren Buffett, the most famous value investor of all, is hanging back. The legendary stock-picker and chairman of Berkshire Hathaway (NYSE:) Inc has complained that he can’t find enough acquisition targets, even though the company said this month it’s sitting on $128 billion in cash — a new record.