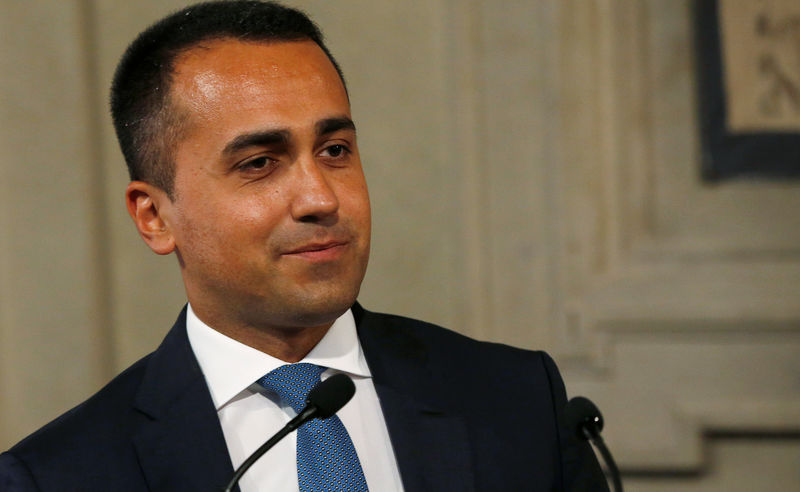 ROME (Reuters) – The head of Italy’s ruling 5-Star Movement said on Friday his party did not agree that a legal shield for steel giant ArcelorMittal should be reinstated, warning his coalition allies not to try to force the issue.

ArcelorMittal said this week it was withdrawing from a deal to buy Italy’s Ilva steel firm, blaming its decision on a government move to scrap previous guarantees of legal immunity during a massive clean-up operation at its Taranto plant.

With thousands of jobs on the line, the announcement sent shockwaves through Italian politics and Prime Minister Giuseppe Conte has said the immunity could be revived to save the accord.

However Foreign Minister Luigi Di Maio, who heads the 5-Star Movement, said there was no agreement within his party to restore the shield, which critics say deprives pollution-hit residents of Taranto of their rightful legal redress.

“It would be a serious problem for the government if anyone in the coalition presents an amendment (to restore immunity) with a deal beforehand,” Di Maio said.

The coalition Italia Viva party of former prime minister Matteo Renzi has already presented such an amendment to parliament.

Conte said on Thursday that while the government was ready to restore the legal shield, he did not think this was the real problem for ArcelorMittal.

He told reporters that the main sticking point was that ArcelorMittal no longer thought its industrial plan for the company was workable and wanted to shed 5,000 jobs at Ilva, almost half its Italian workforce, to meet its financial goals.