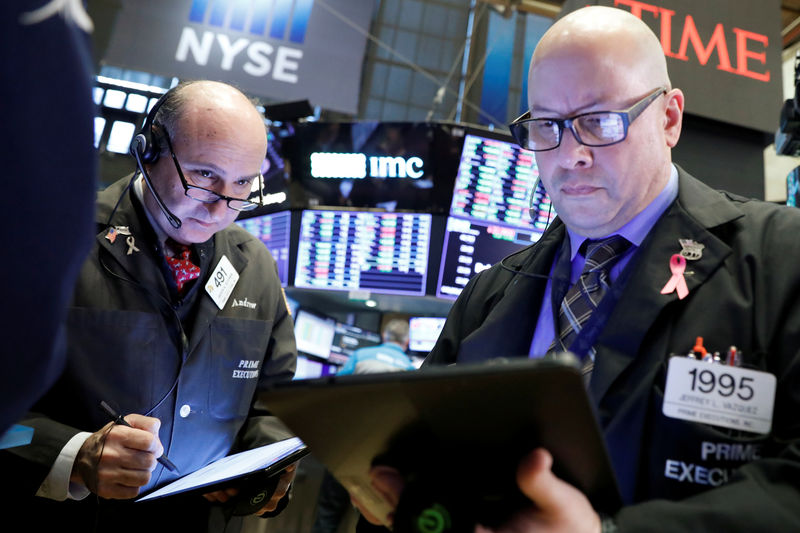 The S&P 500 and Jones indexes closed at a fresh all-time high on Thursday after China said both countries would roll back existing tariffs in phases, but a report on internal opposition in the White House on the matter dented sentiment.

Still, the benchmark index () is on track for its best year since 2013, while the Nasdaq and Dow are eyeing yearly gains after dropping in 2018, partly propelled by a largely better-than-expected third-quarter earnings season.

Of the 430 S&P 500 companies that have reported results so far, nearly three quarters have beaten profit estimates, according to IBES data from Refinitiv. Those numbers, to some extent, reflect significantly lowered analysts’ forecasts.

Walt Disney Co (N:) gained 5.4% in premarket trading as its popular theme parks and a remake of “The Lion King” lifted earnings, and the company also spent less than it had projected on its online streaming service, Disney+.

Among other stocks, Gap Inc (N:) fell 8.4% after saying Chief Executive Art Peck would leave the company, a surprise exit in the middle of a restructuring that comes as the apparel retailer slashed its full-year earnings forecast.

Dropbox Inc (O:) rose as much as 2.5% after the online file hosting company beat estimates for third-quarter revenue as it signed up more individual and business customers to its platform.